Watch My Show: ‘The Equalizer’ Bosses on Their Queen Latifah-Led Reboot

Who or what is an equalizer? For anyone unfamiliar with Edward Woodward’s gritty ’80s series or the more recent Denzel Washington films, it’s someone who uses a particular skill set to right seemingly insurmountable wrongs for those in need.

If you only have time to watch one more show, it should be ours because…It’s Queen Latifah! As the Equalizer! People have lost faith in the institutions that are supposed to protect them. When there’s no one else to turn to, who will help? It seemed like the perfect time to bring back The Equalizer.

One situation we can’t wait to see McCall in is…a pulse-pounding motorcycle chase. Queen Latifah is an experienced rider, so putting her on a bike was one of the first badass images we imagined for her in the role. [McCall] is charming as hell and supercool.

Queen Latifah, Patrick Dempsey, Kyra Sedgwick, and Leslie Jones are just some of the actors making return trips to the small screen.

You can count on Bishop to…push all her buttons, complicate her life and back her up in a jam. And he can count on her to do the same. It’s a barb-trading, chop-busting, lifelong friendship.

We did our homework! For example: We rewatched the original series and are lucky to have the cocreator Richard Lindheim as part of our team. Many of our episodes will be “ripped from the headlines,” reflecting the reality of the world we live in, and many will come from the small injustices we all encounter every day.

Robyn learned her parenting style from…her dad, who was an important influence on her life, and also from her CIA counterterrorism training, which comes in handy when you have a 15-year-old [Laya DeLeon Hayes’ Delilah]. One guest star we’d love to have is… Denzel! It’d also be amazing to have [Cobra Kai‘s] William Zabka in for an episode, as he played McCall’s son on the original. 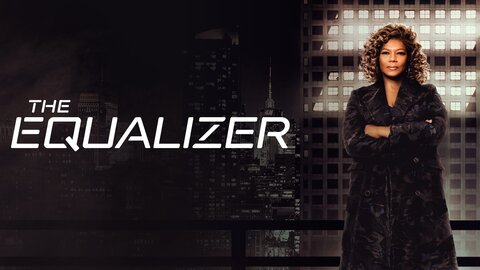