While Schwimmer was promoting the new title on The Tonight Show, host Jimmy Fallon couldn’t help but bring up the actor’s Friends days (and future) as fans await HBO Max’s previously announced reunion special. During the discussion, Fallon questions when viewers may be able to expect the postponed event.

'I didn't do enough,' said Marta Kauffman of the show's predominantly white cast.

“There was talk of a reunion special with all of you guys getting together,” Fallon broaches, referring to the even featuring Schwimmer and his Friends costars Jennifer Aniston, Courteney Cox, Matt LeBlanc, Lisa Kudrow and Matthew Perry. The host then went on to joke by asking if they were quarantining together in preparation for the eventual taping.

Schwimmer brushed off that idea but did offer some promising details for fans who have had to wait longer than expected for the buzzy gathering. “The hope is that this reunion special, which we we’d love to shoot, it’s unscripted, it’s basically a really fun interview and some other surprise bits. But it’s supposed to happen maybe in August.” 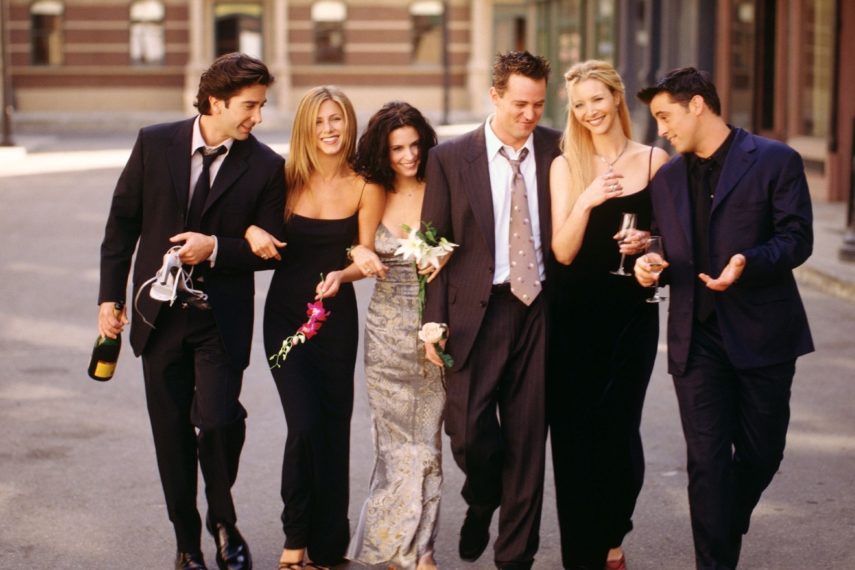 He further elaborates that the current date for filming is tentatively set for the middle of August, “but honestly, we’re gonna wait and see another week or two if we all determine it’s really safe enough to do. And if not, then we’ll wait until it’s safe.”

The reunion was initially set to film sometime at the end of March, but the coronavirus shutdown put the event on hold. Rather than reunite virtually, the cast of Friends is holding out until they can do it in person together. Stay tuned for more details about the reunion as more news breaks, and check out the full interview between Schwimmer and Fallon below.