Is It Time for a Danny-Baez Romance in ‘Blue Bloods’ Season 11? (POLL)

Blue Bloods is never going to be the same without Linda Reagan (Amy Carlson), because her absence is always felt at the family dinners. But chances are that after losing his wife, Danny (Donnie Wahlberg) will have someone new in his life at some point before the CBS drama (eventually) ends.

The obvious option for the NYPD detective is his partner, Maria Baez (Marisa Ramirez). There have been moments—for example when she walked in on his conversation with the medium Maggie (Callie Thorne) in the Season 10 premiere—that suggest it could happen. “It is fun to work with both of them and to see the dynamics that are evolving with the characters,” Wahlberg previously told TV Insider. “I love the little triangle that’s building with those three characters.” Just because it could happen, does that mean it should? Or should this remain one of the few procedurals where partners don’t become romantically involved? After all, we’ve already seen that with the younger Reagan, Jamie (Will Estes), and his former partner Eddie (Vanessa Ray), now married. Romantic or not, Danny and Baez’s relationship is one of the most important ones on the show, and it is actually nice to have one that’s not really at all entangled in the Reagan family. (Let’s be realistic: whoever gets involved with any of the Reagans ends up involved with the entire family.)

There have been a couple other possibilities presented just this past season: the aforementioned Maggie and the medical examiner Megan Carson (Leigh Ann Larkin), but the latter got mixed up on the wrong side of a case, squashing those chances before anything ever started. 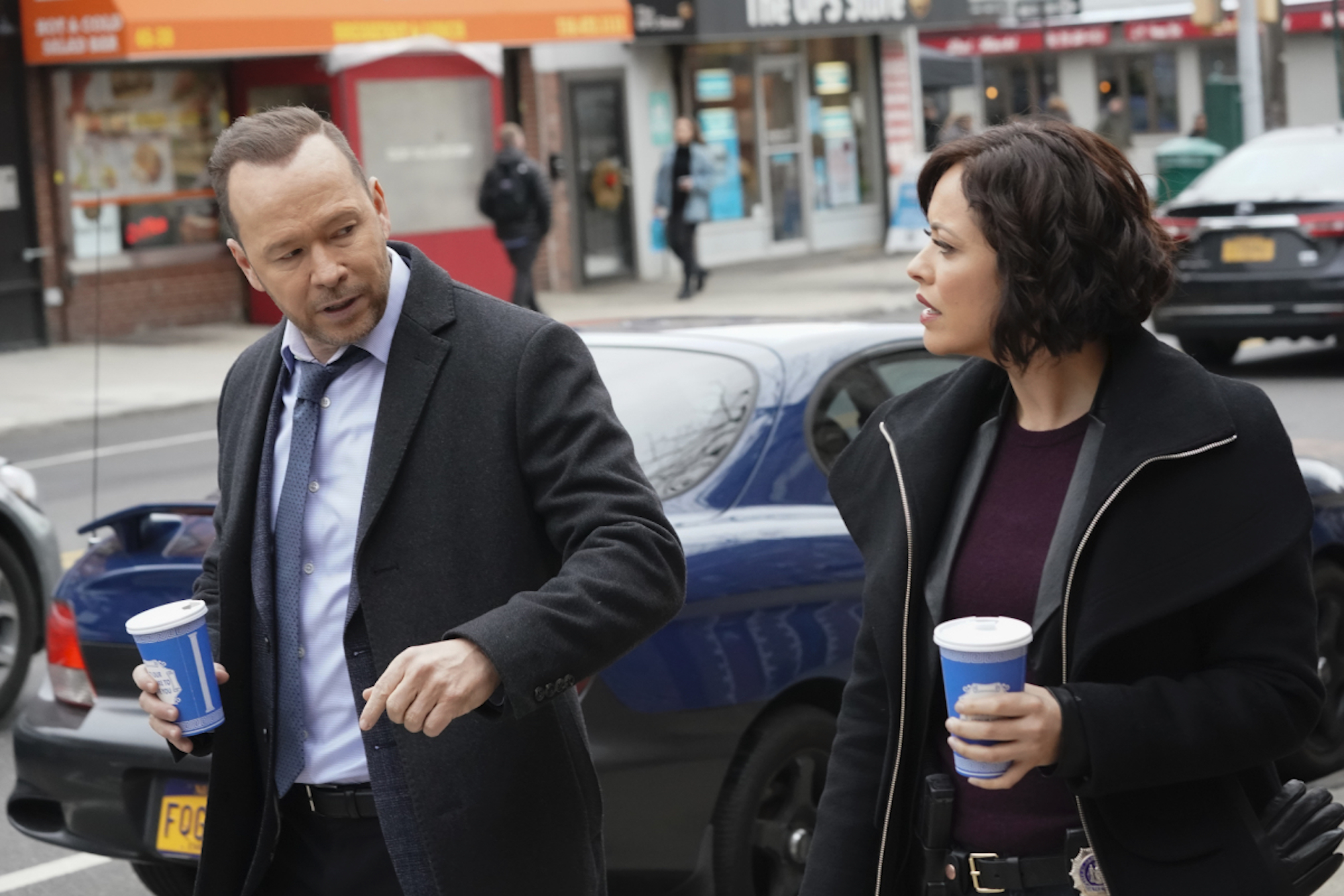 When it comes to any future romance for Danny, there are two aspects which Blue Bloods must consider: it must continue to respect his relationship with Linda and what she meant to him and the family, and it must also maintain Baez’s importance in his life (whether she’s just his friend and partner or more). And the latter is something that Season 11 should highlight.

Let’s see more of the two of them talking about life outside of work. Let’s even possibly see her spending time with other members of the Reagan family. Maybe she can even offer the newest member, Joe Hill (Will Hochman), the son they just learned the late Joe Reagan had, an outside perspective. Let’s also see Danny actually sit down and talk to someone about dating again after Linda. It’s not something he can just dive into, so Blue Bloods needs to tread carefully.

What do you think? Do you want to see Danny and Baez together? Vote in the poll below.