Worth Watching: Amy Schumer Cooks, RuPaul Comes on Down, ‘9-1-1’ Finale, ‘Trial By Media’ on Netflix

Amy Schumer Learns to Cook (10/9c, Food Network): If only we all had a James Beard Award-winning professional chef to help us in the kitchen during this time of self-quarantine. Amy Schumer knows how to knock them dead from a stand-up stage, but with everything on hold, she’s learning her way around the pantry under the guidance of husband Chris Fischer. This self-shot series, airing back-to-back episodes, features Amy, Chris, their son and his nanny (who doubles as camera operator when available) and dog in unfiltered glimpses of their home and culinary life. In the opener, Amy gets a crash course in breakfast cuisine, learning how to poach an egg and crisp some bacon from Chris, who specializes in farm-to-table cuisine. Then it’s on to her favorite late-night treats, including homemade fried rice, chicken wings and peanut-butter-cup cookies. (Naturally, a Moscow Mule is involved as a nightcap.)

'The Price Is Right' Hits 9,000 Episodes — The Game Show by the Numbers

From cash prizes to games currently in rotation on the long-running show.

Also new to Food Network: Bakeaway Camp with Martha Stewart (9/8c), a baking competition with a great-outdoors twist. Six home bakers are put through a baking boot-camp regimen, with Stewart (who enters on horseback) as mentor and Carla Hall and Dan Langan as expert-counselor judges. In the first round, the contestants put a spin on a classic s’more, then go to work on layered desserts in an outdoor kitchen. Home on the range, indeed. Find out how the guest appearance fulfilled one of the 'Queer Eye' alum's childhood dreams.

The Price Is Right at Night (8/7c, CBS): Who will sashay away with a showcase full of prizes — including a brand new car? RuPaul, the Emmy-winning host of RuPaul’s Drag Race, joins Drew Carey for a special edition of the iconic daytime game show that’s anything but a drag for its loyal fans. RuPaul plays for charity (Planned Parenthood) alongside contestants who might appreciate the sort of glamorous makeovers Ru is so famous for. Brooke Shields guest stars as we see 'What's Next?' for Athena after the serial rapist case.

9-1-1 (8/7c, Fox): Some shows are train wrecks without knowing it, but the popular emergency drama (renewed for a fourth season) stages a spectacular train derailment for its third-season finale. Adding to the trauma: former 9-1-1 operator Abby (Connie Britton) is on board, which makes the rescue operation especially personal for ex-boyfriend Buck (Oliver Stark). Trial By Media (streaming on Netflix): These were some of the trials of the century, often playing out in the court of public opinion through tabloid headlines and the glare of TV cameras. In a provocative docuseries from legal expert Jeffrey Toobin, Court TV founder Steven Brill and George Clooney among other producers, six notorious cases are reexamined, with a focus on how media coverage amplified the process. On the docket: the Jenny Jones case, New York v. “Subway Vigilante” Bernhard Goetz, the Rod Blagojevich political scandal, the police shooting of Amadou Diallo, the fraud and money-laundering trial of HealthSouth CEO Richard Scrushy and a notorious rape trial known as Big Dan’s, which inspired the Oscar-winning 1988 film The Accused. Inside Monday TV: In recognition of Asian Pacific American Heritage Month, PBS presents the five-episode documentary series Asian Americans over two nights (8/7c, concluding Tuesday). The opening segments track immigration from the 1850s to 1920s, as Asian-Americans challenge inequality in the courts, then face prejudice and internment when the Pacific War breaks out… Rebel Wilson (Pitch Perfect) gifts her hairdresser, who she considers “my first American friend ever,” and her newlywed husband with a backyard oasis for their new home on HGTV’s heartwarming Celebrity IOU (9/8c)… As more series move from streaming exclusives to more accessible platforms during the pandemic, National Geographic Channel retrieves the quirky The World According to Jeff Goldblum (9/8c) from Disney+, with back-to-back episodes revealing the actor’s fascination with subjects including sneakers and pools… CNBC investigates DNA Testing: The Promise and the Peril (10/9c) in a news special, with Scott Wapner looking into privacy concerns as direct-to-consumer DNA testing gains popularity among those seeking genetic answers about their ancestors and health. 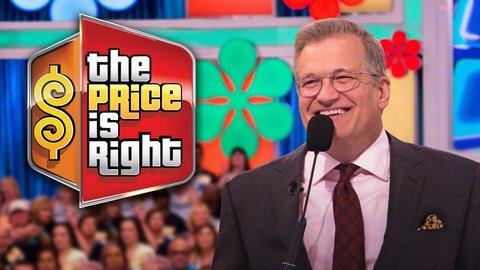