Superstore‘s fifth season may have ended sooner than planned, but with it comes the promise of something to look forward to — at least that’s how star Lauren Ash is looking at it.

“I’m excited about it because it will allow us to continue to tell that story in a way that the writers and the showrunners intended,” she says of the readjusted storyline which will see Season 5’s planned finale serve as Season 6’s premiere. “It’s nice to be able to serve the story and make sure that it’s handled in a way that they want.”

There is a flip side though, because as fans of the NBC comedy know, America Ferrera is departing the series in said episode. “It was so sad, the idea that that was going to be our last moment working with America,” Ash says of the original finale. “Having worked together for five years, she’s a dear, close friend of mine. And so I’m very excited that we’re going to get to have her back at the beginning of Season 6, because it feels wrong to have her not get some sort of fanfare or send off.”

As for Ash’s character Dina, “I don’t think she was holding up well at all. I think she was just trying to put on a brave face,” she says of preparing for Amy’s Cloud 9 exit. “I did love that moment between Dina and Jonah (Ben Feldman) where he was like, ‘You’re taking this rather well.’ And she was like, ‘Oh me? No, I’m going to go home and stress eat an entire jar of olives.'” “She and Amy have become so close over the past few years,” Ash adds of Dina, “I think that this is going to be really difficult for her. And so that’s going to be a fun thing to get to play.” In this era of “shelter at home,” we asked Ash how she thinks Dina would be faring.

“She’d be thriving,” Ash reveals. “She’s just hunkered down in her bunker that she made years ago, or maybe even the storm shelter at the store … with all the kinds of provisions she’d need for a long extended period of time. And she’s just ready to wait it out.” The actress shares her fave 'This Is Us' episode, plans to binge 'Gilmore Girls,' and more. Plus, more on Kate's Season 4 storyline and her new single, 'Ode to My Anxiety.'

While Dina may be waiting the situation out that way, Ash is conducting new episodes of her podcast Giving It Up For Less which features guests and herself as they overshare in hilarious embarrassing stories. “I am a notorious oversharer, and I tell a lot of real life stories when I do press and late night talk shows, and those kinds of things. And that’s become my personal brand somehow,” she says of the inspiration behind the show. “I’ve had a bunch of my personal friends,” she says of guests, adding, “Costars from Superstore have all come on.”

And for fans who are mourning the temporary absence of Superstore on the air, Ash can also be heard in the upcoming final season of DreamWorks Animation’s She-Ra and the Princesses of Power (premiering May 15). Reprising her role as Scorpia, the actress says, “[Scorpia] has an amazing storyline that happens in this last season. I can’t spoil too much, but I will just say that she’s gone on a real journey for the past four seasons realizing that she is worthy of love,” adding, “She really does get her moment and I think people are going to love it.” In the meantime, Ash is divulging her Comfort TV picks ranging from guilty pleasures to beloved characters. My guilty pleasure now and always is the 90 Day Fiance universe. I say the universe because there’s so many different incarnations of that show. But I watch all of it. I watch every second of that programming and I’m not ashamed. I’m not really a huge reality show person, but for some reason that one really does it for me.

Most Rewatchable Episode of Superstore

If I had to choose, it would probably be episode 320, “Gender Reveal,” written by Lauren Ash. And that’s not just because I’d like the extra views to try and get some more residuals as a writer [Laughs]. I do re-watch that one, because it holds a very special place in my heart as having gotten to write it. I’ve actually been re-watching a lot of the episodes recently, I’ve been doing these Instagram Lives with different cast members, and I write trivia for each of them, so it’s caused me to go back and re-watch. It’s such a trip because there’s so much that I’d forgotten about. The other one that comes to mind that I think is a real favorite is “All-Nighter,” from Season 1.

Parks and Rec. I hadn’t seen it when it was first on, and I started binging it a couple of years ago and loved it. But, it just got away from me. So now’s the time. I’m going to go back to the beginning. I’m going to start it, because I know there’s also a Parks and Rec reunion coming up on NBC. So, I got to bone up. I’ve got to be ready to go.

Reading Rainbow. I watched LeVar Burton read a children’s story live on Twitter, and I sobbed. I didn’t realize that it would affect me in that way, but it just was so beautiful and it really took me back in time to being a kid watching Reading Rainbow. I just feel like that theme song is so sweet. So many people know it. I just think it’s got a beautiful message and it’s very comforting. It reminds me of a simple time. Kids in the Hall (Credit: Courtesy of Everett Collection)

I’m not trying to give a double answer, but this is specific. Season 1 of Before the 90 Days, in the 90 Day Fiance world. I have literally gotten so many people to watch it, specifically that season. And to the point that crew members on Superstore would come back to me and check in with me throughout the week [about] where they are in their binge. So I really feel like I’m spreading the word. I’m a one woman advertising juggernaut for that season of the show.

If I have to choose, it’s easily Kids in the Hall with Mark McKinney. Growing up in Canada, I watched every episode of that show. It had a huge impact on me in terms of comedy. It’s a no brainer. Kids in the Hall for sure. The star talks her latest installment in the Hallmark franchise and shares the 'Wonder Years' episode she loves to revisit, her fave TV theme song, and more.

I would say for me, in terms of my whole life, my favorite show of all time is X-Files. I think that it is one of the most addictive television series ever made. I have binged the entire series multiple times. My mom and I binged it together over the course of a couple of years. Anytime I’d go home to visit, we would binge more episodes together. So it also has nostalgia factor for me, but it holds up. It’s one of the best television shows ever made.

Arrested Development is the big one. That’s my boyfriend and I’s morning show. But then the other show that’s on just because I re-watch it constantly is the BBC Office. I have binged that whole show so many times, it’s basically been on in my house for years. TV Character That Always Cheers You Up

Morgan Tookers (Ike Barinholtz) on The Mindy Project. He is my favorite comedy character. I love that character so much. I love Mindy Project also, but Morgan specifically for me, was so funny. I loved him. 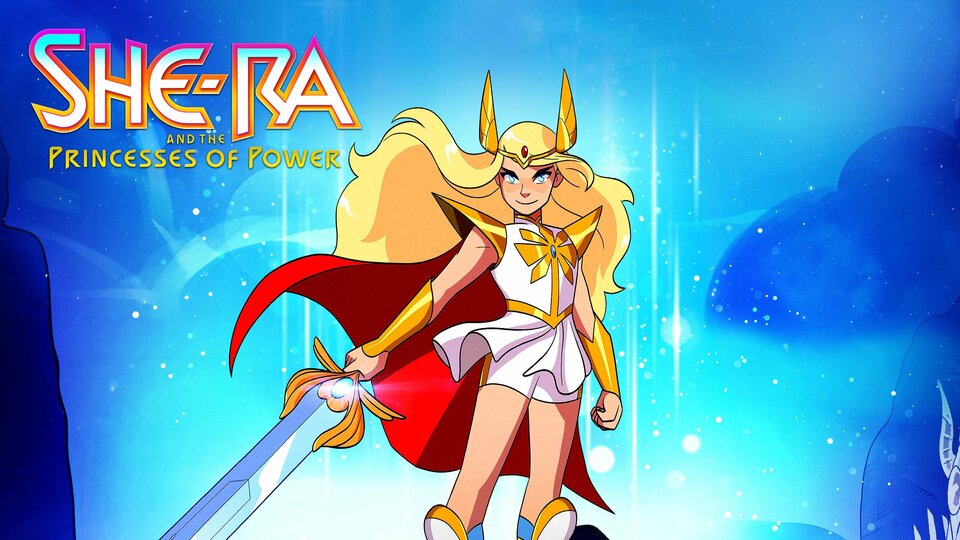 She-Ra and the Princesses of Power where to stream