Will S.W.A.T. Season 3 end without Luca (Kenny Johnson) rejoining the team in the field?

It’s certainly possible, especially since he’s aiming to take a step back in his progress after hip and back injuries in TV Insider’s exclusive sneak peek from the penultimate episode. Chris may have just gotten on the Deputy Mayor's bad side.

Street (Alex Russell) can tell something is on his mind, and Luca reveals his concerns about his future with the team. He’s been helping his mentee Kelly (played by Johnson’s daughter, Angelica Scarlet Johnson) with her lines for a play, but she didn’t get the part.

“She was having second thoughts about auditioning, so I kind of pushed her into her facing her fears,” Luca explains. “Only the deal was I had to face mine, too.” Watch the clip above to see him detail his concerns about the move he was planning on making. Is he right to worry about failing his requalification to return to the field? Elsewhere in “Wild Ones,” a duo goes on the run and on the hunt for a set of rare chest pieces worth millions, and the SWAT team pursues the couple reminiscent of Bonnie and Clyde. Plus, Hondo (Shemar Moore) and Darryl (Deshae Frost) are surprised when Darryl’s ex-girlfriend visits with his young son. 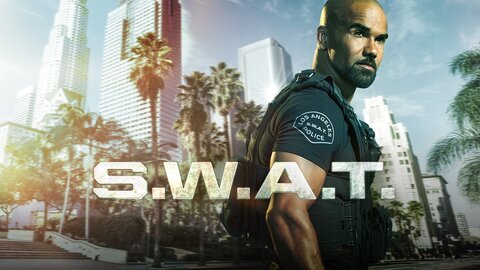