Nat Geo WILD is taking viewers on a trip beginning Monday, April 13 with a special slate of programming featuring the world’s top destinations and their wild inhabitants.

Aimed at viewers in need of an adventure or exploration, Nat Geo WILD helps them get away while maintaining the “stay at home” orders they’ve been given. From Monday to Friday, April 13-17 airing from 7 a.m. ET/PT to 3 a.m. ET/PT, Nat Geo WILD will take fans around the globe with more than 35 stops in stunning destinations showcasing diverse wildlife. The journey then continues through the weekend from Saturday to Sunday, April 18-19 from 7 a.m. ET/PT to 8 p.m. ET/PT.

Highlighting wildlife ranging from Yellowstone and its explosive terrain to Russian woodlands filled with rare carnivores to unpredictable Bahamian waters, Nat Geo is bringing the wild world right to you. “With our breadth of programming and wildlife footage, we figured what better way to accommodate everyone’s thirst for adventure and love of animals while adjusting to the unprecedented impact this crisis is having on our lives,” EVP of National Geographic Global Unscripted Entertainment, Geoff Daniels said in a statement. Dr. Vernard Hodges and Dr. Terrence Ferguson are busy with a hospital full of patients and their clients all over rural Georgia.

“My hope is that the power of our platforms and rich history of inspired storytelling from around the world will be the perfect antidote to your cabin fever,” he continued. Below are the listings (see the live schedule here) and make sure to check out the Zoom backgrounds included between the listings.

The rugged coast of our biggest state harbors the most incredible wildlife in America. When winter breaks, animals must make the most of the endless sunshine before this world closes again into darkness. This is the story of the creatures that endure this harsh reality along the shoreline — Alaska’s life on the edge.

From the Arctic islands still being forged by the fire of its volcanoes, to the punishing frozen landscape of the tundra, to the vast snow forests of the Taiga (the world’s largest biome) that wraps itself around the entire globe, this series captures the planet’s toughest creatures in their most spectacular habitats. Argentina is the ultimate land of extremes — it boasts a subtropical north, a polar south, a rainforested east and a mountainous west, creating a country with some of the greatest biological diversity on Earth.

Meet the amazing, surprising and resilient inhabitants of the Atlantic — a vast ocean that stretches from Arctic to Antarctic and from sun-drenched, tropical reefs to crushing, abyssal depths. The world’s most powerful currents, ferocious hurricanes and huge chains of undersea volcanoes make this dynamic ocean phenomenally rich with life, but only for those that can survive its challenges. Australia is a continent of natural wonders! This four-part series takes you to the kingdom of the kangaroo and red rocks with breathtaking, aerial footage; riveting, super-slow-motion and extraordinary animal stories.

Wild Bahamas captures the textures and shapes of the Bahamas, including mangroves, sand flats, corals and deep-blue waters, which harbor an extraordinary range of creatures like oceanic whitetip sharks, iguanas, dolphins, tree crabs and fish — all of which have special relationships with the geography as they pass through their life cycles. With splendor, scale and romance, Wild China lifts the veil on the world’s most enigmatic and magnificent country, delving into its vibrant habitats to reveal a land of unbelievable natural complexity.

Colombia’s landscapes are vast and hugely diverse. Mangroves meander through grasslands, while expanses of mirror-like wetlands fringe verdant rainforests. Snow-capped peaks emerge from mountain slopes clad in misty-cloud forests. This mix of pristine environments supports an enormous wealth of unique plants, as well as an extraordinary array of spectacular creatures. The Congo is more powerful and dangerous than any other river, yet a sanctuary and home for some of the most wonderful creatures on our Earth. Wild Congo follows the second largest river on Earth from its source in Zambia on its journey through marshland areas and rainforests.

Wild Galápagos is a stunning, immersive dive into the majestic underwater world of the Galápagos Islands. National Geographic’s Pristine Seas team, comprising world-renowned scientists and filmmakers, is setting out to explore these legendary islands like never before. Nat Geo WILD's 'Dog: Impossible' Doesn't Give Up on the Aggressive Dogs

Even after all he has witnessed, dog behavior specialist Matt Beisner still believes there is no such thing as a bad dog.

Nat Geo WILD takes us on an untamed journey to Hawaii, a place that through an alchemy of fire, ice and water, has transformed itself from a volcanic wasteland into a paradise on Earth.

The 17,000 islands that compose the nation of Indonesia stretch more than 3,000 miles along the equator, bridging Asia and Australasia. Indonesia’s natural habitats vary widely: on some islands, tropical forests climb from steamy lowlands to mountain slopes; on others, parched savanna thrives. 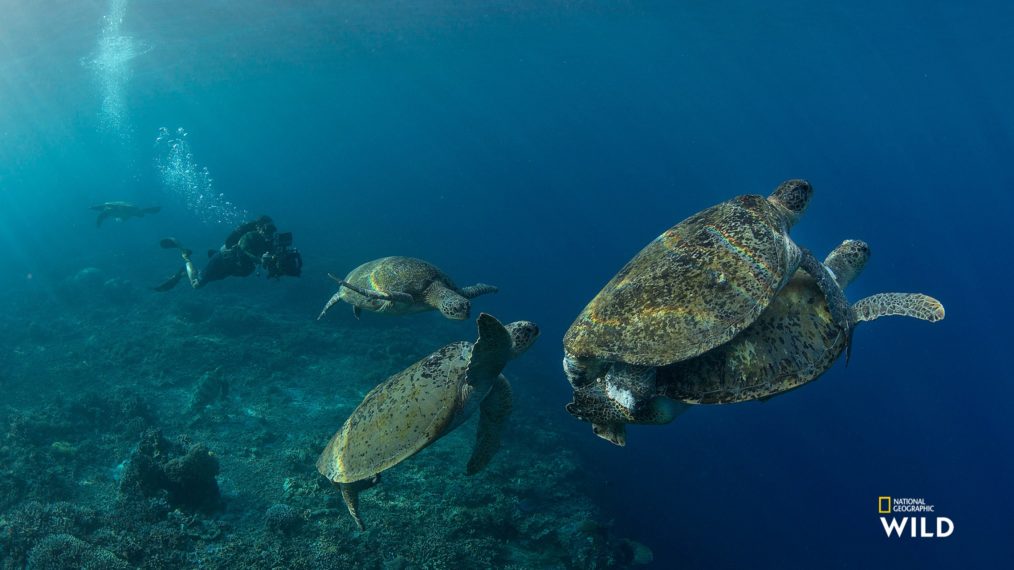 Japan has some of the most crowded cities on Earth, but there are still many places where nature thrives. Throughout these exquisite islands, there is still a strong connection between people and wildlife and plants, both symbolically and literally — the very landscape in which they live dictates all their lives.

South Korea boasts areas of great wilderness with intriguing animals, some of which share extraordinary relationships with humankind. Where sprawling cities meet the wilderness, where land meets the sea and at the hostile frontier between north and south, wildlife flourishes — and scientists are devoting more resources than ever before to studying these hidden habitats. This blue-chip natural-history series reveals the rarely seen magic of the longest river system in the United States and the drama of the creatures that are drawn to the Mississippi for their survival.

Cast adrift in our world’s greatest ocean, life in New Zealand went its own way. Millions of years of isolation created a secret paradise with unique wildlife that plays by different rules: penguins that nest in the forest; parrots that play in the snow; and predators that have survived since prehistory. And just a few centuries ago, it became the very last great landmass to be discovered and settled by man. Plus, he reveals how Steve Irwin influenced his approach to the show.

From deserts to semiarid steppe, dense forests and Arctic tundra, Russia is a wild land of striking contrasts and home to some of the rarest species on Earth. Here, they carve out their existence in one of the world’s last great wildernesses. The islands of the Hebrides are a superb place for wildlife. In a world of towering cliffs, white-sand beaches and cold, clear seas lives an unforgettable cast of wild animals — otters, eagles, red deer, seals, dolphins and basking sharks. But living here isn’t easy. Battered by a wild ocean and some of Europe’s most unpredictable weather, the only certainty here is constant change.

This three-part series reveals the spectacular nature and amazing wildlife of Sri Lanka, an island in the Indian Ocean that harbors an incredible variety of species.

Thailand is a land of incredible beauty with more than 50 protected national parks accounting for nearly 10 percent of the country’s surface. But its stunning array of wildlife is often forgotten and rarely seen. Filmed over five years and featuring rare and intriguing species, this two-part series presents the most complete high-definition showcase of wildlife in Thailand. Yellowstone challenges every animal that lives in this Rocky Mountain wilderness — in summer, it pitches them into battle against one another for food, territories and mates, and in winter, it forces them into a struggle for survival.