The first trailer for Chris Evans‘ limited drama series for Apple TV+ has arrived as viewers get an early look at Defending Jacob.

Costarring Michelle Dockery (Downton Abbey) and Jaeden Martell (Knives Out, IT), the show follows a family in turmoil when a crime rocks their small Massachusetts town. Evans stars as Andy Barber, the assistant district attorney who finds himself torn between defending justice and maintaining his unconditional love for son Jacob (Martell).

When a murder of a young man is committed, Andy’s son is the prime suspect leaving him to question everything he’s ever known about his son, as well as the justice system. Andy and wife Laurie (Dockery) are then left to deal with the tough position hard evidence has put them in.

Defending Jacob debuts with three episodes on Friday, April 24, and will drop new episodes weekly through Friday, May 29.

Below, catch the full trailer for the eight-episode series, which teases intense drama sparked by a terrible crime. 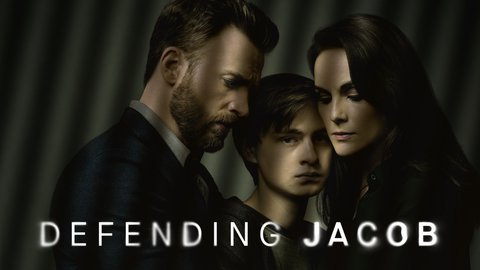