Where We Left Off With ‘Real Housewives of New York City’

Like the Big Apple, the drama of Bravo’s Real Housewives of New York never sleeps. Since Season 11 wrapped last July, it’s only fitting to check back on what our favorite Housewives have been up to ahead of the April 2 season premiere.

Fan favorite Bethenny Frankel has since stepped away from the franchise to pursue new TV ventures, including the upcoming HBO Max reality series The Big Shot with Bethenny.

Life has proven to be somewhat of a cabaret for Luann de Lesseps, whose act has successfully toured nationwide. After her jail time and subsequent re-arrest for violating probation, de Lesseps has returned to the stage with new acts and guest stars. 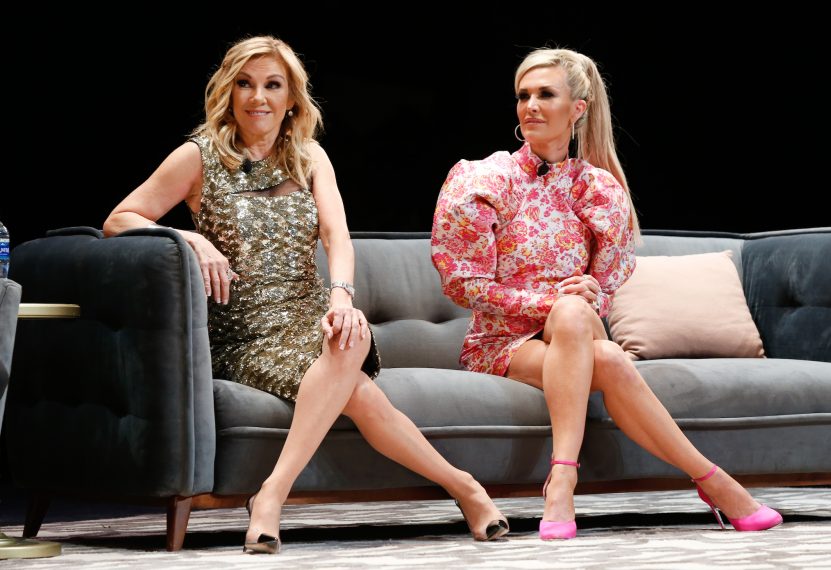 Dorinda Medley moved from the Upper East Side to a new apartment in Sutton Place, and has since taken a break from longtime boyfriend John Mahdessian. Sonja Morgan seems to also be at a transitional point, leaving the Morgan townhouse to rent a smaller apartment in Columbus Circle. Morgan was noticeably absent from BravoCon, with fellow castmate Ramona Singer asking fans to keep Morgan in their thoughts since she was “struggling.”

From the biggest 'WWHL' taping ever to the Countess' Cabaret, we're taking you inside the wild fan weekend in the Big Apple.

Last season, Singer was continuing her search for love after her split with ex-husband Mario, but the two also seemed to be on flirtatiously good terms.

Tinsley Mortimer struggled on camera with giving her on again-off again beau Scott Kluth an ultimatum for marriage. Kluth popped the question early this year, and is rumored to have given Mortimer her own ultimatum: continue the show or move to Chicago to be with him. Mortimer will be appearing on Season 12, but it seems that it will most likely be her last since she stopped filming after getting engaged, according to Yahoo.

So what else can we look forward to for Season 12?

In the trailer, de Lesseps is shown working on her new act, Marry, F*ck, Marry and adjusting to life post-probation. De Lesseps has publicly teased that former cast member Jill Zarin will be featured more prominently this upcoming season too.

Singer refreshes both her love life and home life, opting to sell the apartment where she raised daughter Avery. Singer also admits to beginning therapy. Meanwhile, Morgan showcases her clothing brand Sonja by Sonja Morgan at New York Fashion Week, and inks a deal with Century21 department stores to carry her line.

Medley balances construction at both her Upper East Side renovation and her infamous country mansion Blue Stone Manor after a flood. Her struggles with boyfriend Mahdessian will also be captured during the season. Medley is said to have confrontations with both Singer and Morgan, who try to add their two cents to her relationship problems.

While Frankel may be missed, fans are eager to meet the newest Housewife, designer Leah McSweeney. The Season 12 trailer shows McSweeney making out with Mortimer and fighting with Medley, Morgan, and Singer. It’s unclear whether McSweeney has made friends with fellow Housewives, but it’ll sure make for good TV!