Everyone has a nightly routine, even in the middle of Dispatches From Elsewhere.

And as TV Insider's exclusive sneak peek at Monday's episode reveals, Fredwynn (André Benjamin) has adjusted his a bit.

He brushes his teeth, changes into his pajamas, and puts away his watch and glasses. Then once in bed, he begins to pray. "It's happening again. I haven't slept in two days," he says. "My mind keeps racing with information. I need your help." Jason Segel on the True Story Behind AMC's 'Dispatches From Elsewhere'

'We're supposed to see our differences,' Segel says. 'I wanted to make a show about how we're much more similar than we realize.'

Watch the clip above to see with what — and who's shown on the front of a Kennedy Center Honors pamphlet.

In "Fredwynn," Benjamin's character splits off on his own and discovers he needs the others to move forward. He obsessively looks for the next clue and turns to the gang for help, but they take it too far and their search for answers lead them somewhere unexpected. 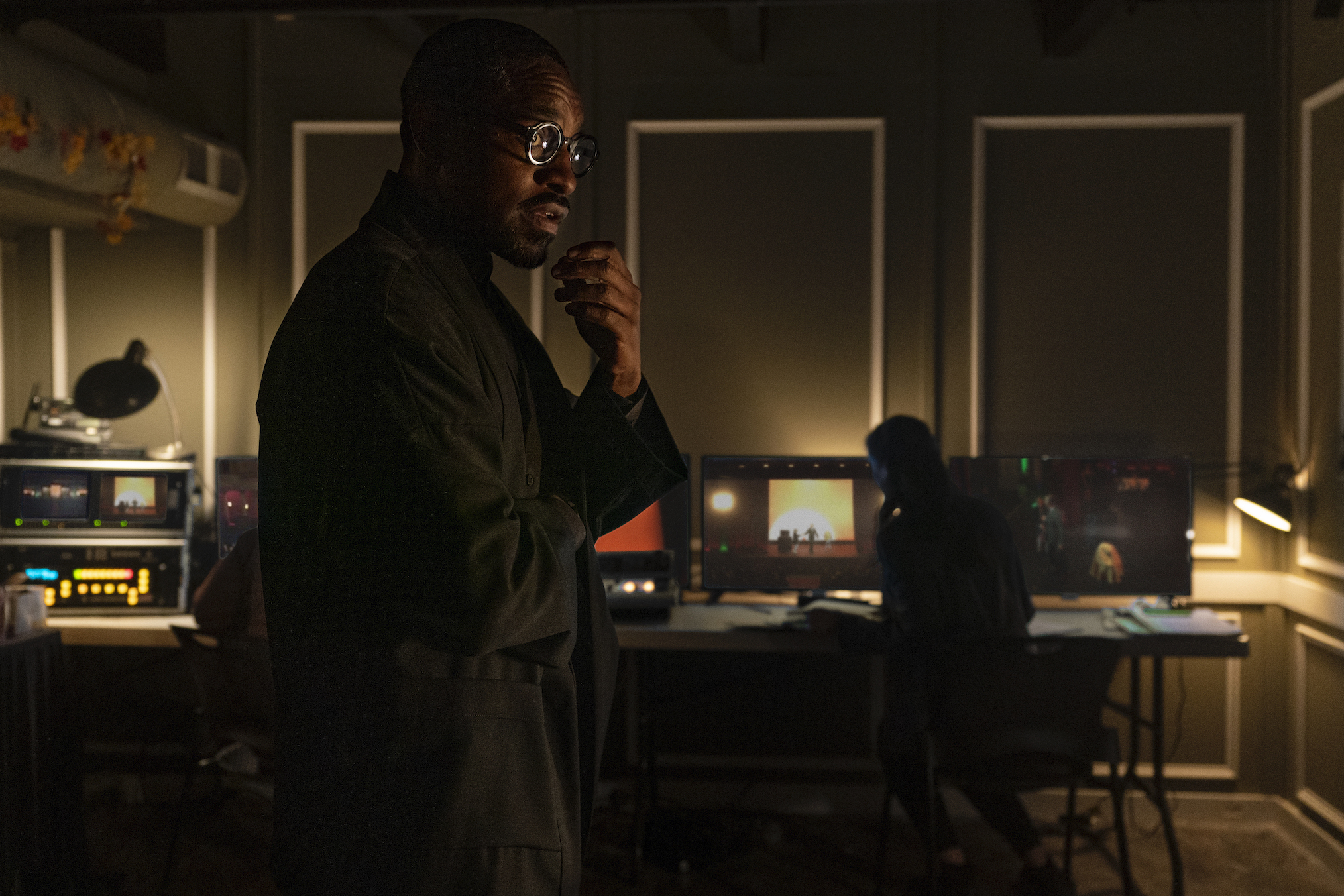 The AMC series follows four ordinary people who know there's something missing in their lives but can't figure out what that is. They're brought together when they stumble onto a puzzle hiding just behind the veil of everyday life. It also stars Jason Segel, Sally Field, Richard E. Grant, and Eve Lindley.