Brooklyn Nine-Nine‘s Captain Raymond Holt has been knocked down a peg or two.

In Season 7 of the cop comedy, the taciturn NYPD commanding officer (Andre Braugher, above, with Saturday Night Live alum Vanessa Bayer) finds himself relegated to patrol duty by his nemesis, acting police commissioner Madeline Wuntch (Kyra Sedgwick). We grilled Braugher about his character’s fall from grace. How is Holt adjusting to the new role?

Andre Braugher: Poorly at first. [But] I think he settles into it admirably, because it does allow him a kind of freedom. The reduction of responsibility in the office and the increase of responsibility on the street opens up a new side of Holt. His nature hasn’t changed, but he learns some fundamental lessons about how to be of service regardless of his position.

Do the detectives react well?

It’s weird. The captain is now a subordinate. But there’s always the suspicion that someday he’ll be their captain again, so you can’t mistreat him. 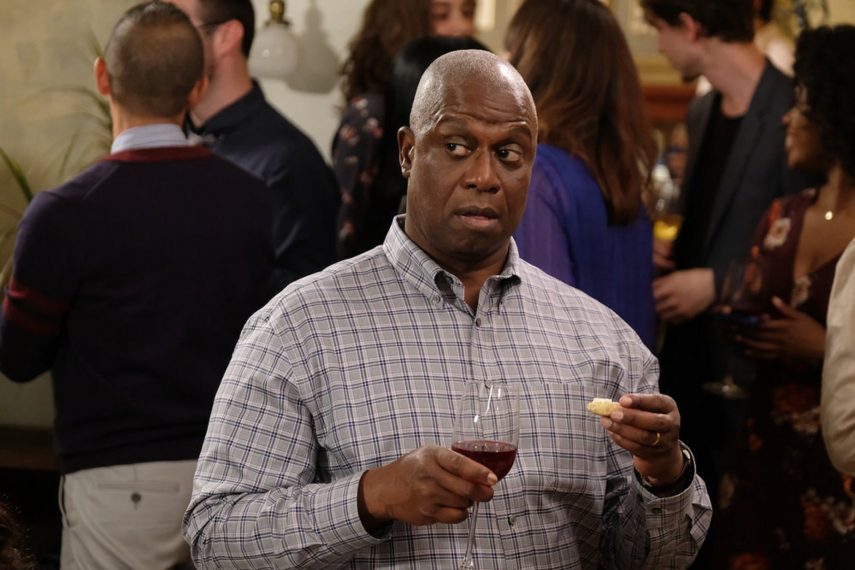 She’s his opposite. He’s thrown in with someone who is not commanding, not intuitive, not on top of her game. But we’re stuck with each other.

So, Stewart passed away and now…what’s the new dog’s name? I don’t remember. Now there’s a new dog identical to Stewart playing his role.