Limitless’ Brian (Jake McDorman) often has the edge when it comes to solving crimes—thanks to NZT, a drug that temporarily enhances his brain function—but he’ll come across quite the challenge in the explosive two-part season finale. “He’s facing a group of equally enhanced people, and for the first time it’s NZT versus NZT,” executive producer Craig Sweeny says. “It’s an action-packed couple of hours.”

Originally the final arc of the season was supposed to lead to Brian’s FBI handler, Rebecca Harris (Jennifer Carpenter), discovering his ties to Senator Eddie Morra (Bradley Cooper) and Sands (Colin Salmon). By bumping the storyline up to the March 22 episode, producers were able to play with the aftermath and end the drama’s freshman year on a completely different note. (Including Rebecca’s own NZT-fueled adventure in the April 5 hour.) “I like seasons that feel like chapters of a book or their own little novella,” Sweeny notes.

We spoke with Sweeny about the two-part season finale, if the spine of the show will remain the same in a potential Season 2, and more.

What can you preview about the final hours of the season?
It is a two-part finale in which, for the first time, Brian has to go up against not just one person, but multiple people who have the same advantage that he does, which is access to NZT without side effects. He’s facing a group of enhanced people, and for the first time it’s NZT versus NZT. It’s a measure, for us, of how far Brian has come as a character. It’s a very exciting, action-packed couple of hours. We’re jazzed about it.

Sands and Brian have also spent much of the season working together, albeit often reluctantly. How is their fight playing out?
They very much have a cat-and-mouse game with each other. It goes both ways: Sands and Brian both have intellectual and emotional insight into one another. They have a very odd kind of bond after the episode where Brian saved Sands’ kid. All those connections, all those complications of that relationship, they all come into play. Brian, who is actually outside the embrace of the FBI, he’s not working there in the beginning of the two-parter, as he tries to find Sands and get Piper back.

How dirty will they get during this feud—will Sands’ son or Brian’s family be in any danger?
Sands’ child comes into play; Brian’s family is under protection, for sure. It’s a no-holds barred war, basically, between the two of them. Anyone and everything is fair game.

Last we saw Morra, he was fairly blasé about Sands going rogue. How is he handling the match-up and the potential fallout for him?
Morra is sort of watching the antics of Sands and Brian like ants in an ant farm. He has a higher perspective. And he’s working on something he alluded to in the last line of his last scene: ‘It’s not about who’s going to control this world, but about who is going to build the next one.’ He is not directly intervening on either side in the back and forth of the last few episodes.

How will Rebecca and the team get involved in this fight?
Rebecca is, for her, the case is extremely personal… She now knows that Sands is the person who killed her father. That’s a tremendous drive to what she’s feeling and lights a fire under her.

How much will viewers see of Piper (Georgina Haig) in the final episodes?
[Brian’s] drive is most certainly throughout the next few episodes to find out where she is and get to her. We see her again in a couple of different contexts before the season ends. I can’t really say how or why without revealing more than I want to. His drive, for the next few episodes, is to find out what happened to Piper.

Given the scope of the fight, how much will the outside world be aware of what’s going on, NZT-wise? And how much longer can that secret remain quiet?
The outside world is going to get a taste of what’s going on, but we’re going to have at least another season where the outside is largely in the dark; NZT is not a widely known thing and they’re not going to become the NZT squad who only investigate NZT-based crimes next year.

But it’s a very good question: how long can you keep the toothpaste in the tube, so to speak? Eventually, I think in our world, it’s going to become a little bit more widespread, available to more people. But I don’t think we want to shake the world up that much just yet.

At this point, Rebecca knows the truth, Brian is out of the FBI—can the show still have cases of the week in a potential Season 2? Or will the look of the show have to drastically evolve?
Our design of each season—hopefully this is one of at least two, if not more—is that each season will have one big overarching story that will be told in its entirety. We reset the dynamic, with major changes. But there is most certainly the possibility that Brian and Rebecca will be working together in the FBI in Season 2, using NZT to solve cases. We’ll have, I’d say, roughly the same balance of case of the week storytelling and serialized storytelling in Season 2 and Season 1.

How much of where Season 1 ends was where you set out to end at the start of the year?
Our original plan was the season would end with Rebecca finding out about Brian’s connection to Sands and Morra. Obviously, we pulled an audible, because that was the cliffhanger for episode 20. As it went on, we felt there was a lot more story to tell after that moment that was still in the thematic sandbox of what we wanted Season 1 to be; we moved it up.

You can look back on it and go, oh, and entire story was told in that season. For us to do that, it felt like we needed to pull up the revelation from the end to three episodes from the end, so we could let a bunch of stuff play out in that relationship and rebuild it.

We are telling a lot of story in these last few episodes. At the same time, we’re not doing anything that fundamentally changes the DNA of the series. 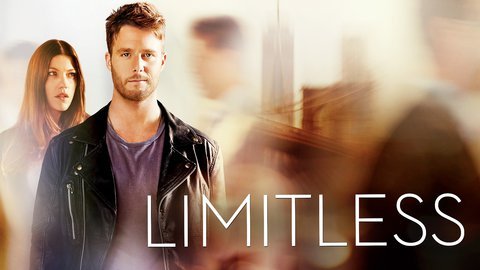