Everything’s Gonna Be Okay (8:30/7:30c, Freeform): This saucy, sweet and genuinely offbeat “family” comedy is more than OK, it’s terrific. Josh Thomas (Please Like Me) creates, writes and stars as Nicholas, a gay Australian free spirit whose visit to America takes a turn when his once-distant dad suddenly dies, leaving the young goofball in charge of his two quirky teenage half-sisters. Neurodiverse charmer Kayla Cromer is Matilda: autistic, bright, extremely sexually curious. Maeve Press, a ringer for a young Sarah Silverman, is the younger Genevieve: wisecrackingly, heartbreakingly awkward in the full throes of puberty. Few shows can deal with heavy subjects like death, cancer, grief, teen sexuality and drugs with the frankness and felicity of this unexpectedly disarming series. Okay premieres with an hourlong opener, which briskly establishes the premise, and a half-hour second episode. (See the full review.) Josh Thomas' new Freeform comedy follows his character as he cares for his siblings after their father's death.

Paired with the third-season opener of grown-ish (8/7c, Freeform), which follows Zoey Johnson (Yara Shahidi of black-ish) into her junior year at college, where she and her friends move off campus for more life-changing experiences. (Someone is expecting.)

The Good Place (8:30/7:30c, NBC): As this endlessly inventive comedy approaches its inevitable end, Michael (Ted Danson) and his delightful Gang of Four begin setting in motion a new system for the afterlife, which means enlisting architects from both the Bad Place (where the epithet “Sweet Hitler’s Hairpiece” can be heard) and Good Place. While Tahani (Jameela Jamil) offers to be the first subject for these new tests of ethical behavior, Chidi (William Jackson Harper) starts making a list of other candidates who didn’t live up to the former impossible standards. (Check out the chalkboard for names of saintly icons through history. Like the jokes in the margins of the fabled Mad Magazine, it’s guaranteed to make you smile.)

Evil (10/9c, CBS): Nearing its own first-season finale, Evil reaches back to its season opener, reintroducing the chilling killer Orson Leroux (Darren Pettie), who’s trying to get his conviction overturned with the help of the malevolent Leland Townsend (Michael Emerson). This forces Kristen (Katja Herbers) to go back into court at the worst possible time, as her daughter Laura (Dalya Knapp) is undergoing emergency heart surgery. Back on the fighting-evil job front, a recovering David (Mike Colter) — having survived last week’s terrifying ordeal in the hospital — visits a woman seeking spiritual advice and is shaken after witnessing her less-than-pure instincts. Inside Thursday TV: NBC’s Superstore (8/7c) remembers the late Linda Porter, who played longtime Cloud 9 worker Myrtle, with an episode in which the store struggles with the loss of their beloved friend — who left a small fortune to Jonah (Ben Feldman). Breaking Bad‘s Dean Norris guests as Dina’s (Lauren Ash) father… The CW’s Supernatural (8/7) returns from a month’s break to continue its final season, with Sam (Jared Padalecki) and Eileen (Shoshanna Stern) facing a reckoning, while Dean (Jensen Ackles) and Castiel (Misha Collins) work to stay ahead of Chuck (Rob Benedict… In back-to-back episodes of Fox’s Last Man Standing (8/7c), Kyle (Christoph Sanders) ropes Kristin (Amanda Fuller) and Mandy (Molly McCook) into an Outdoor Man HR orientation, then must make an important decision, when father-in-law Mike (Tim Allen) pressures him to take a promotion at work, while Rev. Paul (Bill Engvall) makes him an offer to join the ministry full time… Sitcom and CSI vet Wallace Langham appears on CBS’s Mom (9/8c) as Jerry, the estranged son of Marjorie (the great Mimi Kennedy), who leans on Christy (Anna Faris) and Bonnie (Allison Janney) for support when she tries to reconnect to her offspring… Although billed as The Last Days of Richard Pryor (9/8c, ABC), the two-hour news special explores the famed comedian’s life and legacy with excerpts from Barbara Walters’ interviews and tributes from family, friends and colleagues.

Everything’s Gonna Be Okay where to stream 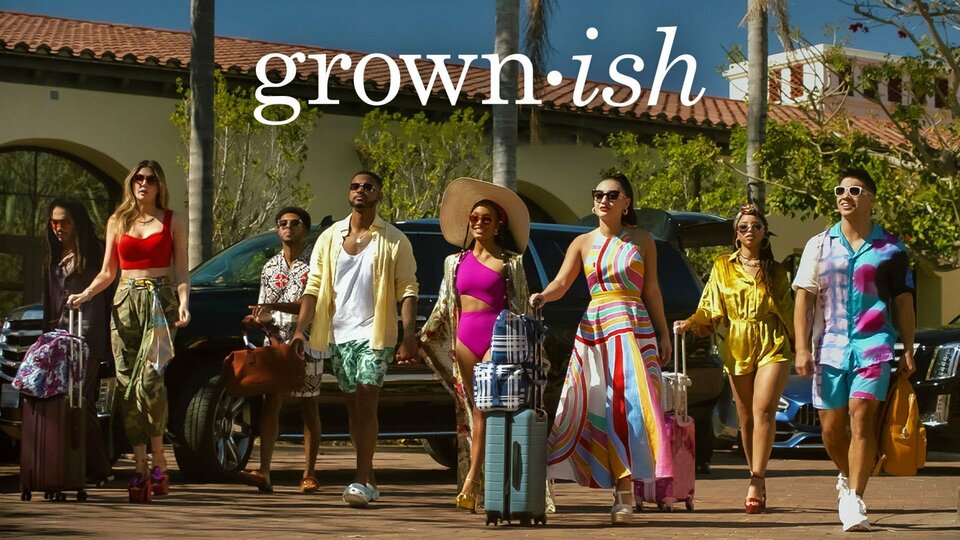