Outlander is about to return for Season 5, but the Starz series already has another season on the way after that (it was already renewed for Season 6). And it seems like it will likely be even more than that! 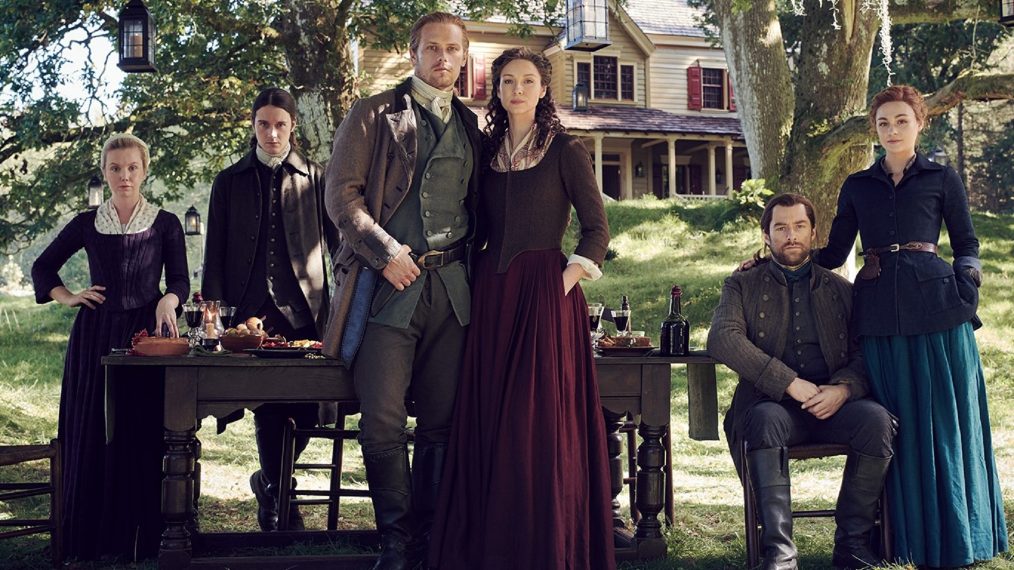 “As long as the fans continue to crave the story, we’ll continue to have Outlander on the air,” Jeffrey Hirsch, president and CEO, Starz, reportedly told Deadline. “We are constantly talking to our partners at Sony and the show continues. We’re excited about Season 5 and because we bought Seasons 5 and 6 [together], we feel that arc is great and Ron [D. Moore] and Meril are doing a great job.”

Currently, there are eight novels in the Outlander series from author Diana Gabaldon with a ninth installment on the way. If the show were to continue, there’s potential for it to reach nine seasons. But it should be noted that Starz is looking to expand the Outlander universe even more. Additionally Hirsch said, “We think there’s a lot of opportunity in Outlander universe to have story extensions, spinoffs or sequels, we continue to look at that and talk with our partners at Sony. Hopefully we’ll find something that feels great and that we can continue to tell that story.”

Among those possible continued stories? Perhaps a spinoff for fan favorite Lord John Grey (David Berry). There have been whispers by fans about the possibility and considering Gabaldon’s written several novellas centered on the character, there’s plenty of source material to draw upon.

For the time being, it is merely one idea in many, but Hirsch added, “We just started to think about what the story is. There’s the next generation of cast in the show, which could be a rich story. We’ve tossed it around with Sony but there’s nothing in the development process.”

Fans will have to keep eyes and ears out for possible updates, but this is promising news for those wishing to stick with Outlander. Luckily, Season 5 is nearly here!