‘Charmed’: Can Mel & Harry Get Assassin Intel from Demon One Eye? (VIDEO)

Is a demon really the best person to try to glean information from?

Maybe not but that’s what Charmed One Mel (Melonie Diaz) and Harry (Rupert Evans) try to do on Friday’s new episode of the CW’s reboot of Charmed.

Hoping to get information about the whereabouts of the villainous Assassin, the pair end up in a high-stakes game of poker with One Eye, played by Sons of Anarchy alum Timothy Murphy. If they win, Mel gains freedom and they’ll get info on finding Macy (Madeleine Mantock).

Speaking of Macy, she’s busy facing off against a dangerous enemy and Maggie’s (Sarah Jeffery) impromptu karaoke duet with dreamy Jordan (Jordan Donica) could actually make things a bit clearer about the extent of her powers. If you think you know the witch-tastic reboot, you're in for a surprise in Season 2! The stars and new showrunners share some intel.

But, first, courtesy of the CW and CBS Studios, we have an exclusive first look photo of One Eye (above) as well as an exclusive clip from Friday’s episode where Mel and Harry first meet the demon. 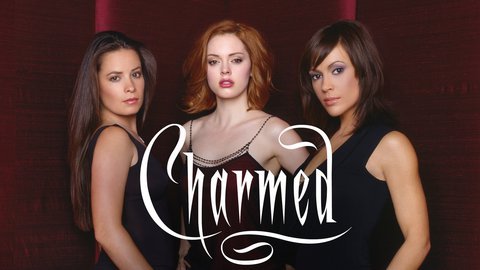