“Do not screw with my dream,” Payton Hobart warns at the outset of The Politician, producer Ryan Murphy’s new satire about an ambitious teenager hell-bent on becoming class president at his exclusive California high school.

Payton plans to use that platform as a springboard to Harvard University, and from there, the Oval Office (yes, that Oval Office). And if that sounds like a ridiculous scheme (and a ridiculous plot), well, it is — but that’s part of the fun of watching The Politician and Payton himself, who’s as power hungry as Cersei Lannister (just subtract the evil and add some expensive sweaters).

“He’s headstrong and has a lot of ambition and really makes himself known in a room,” explains Ben Platt, who plays the laser-focused pupil. “He has a very, very clear vision.”

Headstrong and ambitious? Sounds like Murphy himself. For two decades, he has been relentless in developing envelope-pushing, cutting-edge TV, which is exactly why Netflix lured the Emmy-winning Glee and American Horror Story creator away from his previous home, 20th Century Fox Television, in 2018. And The Politician is the first of many projects — including the 1940s-set drama Hollywood, due next year — that Murphy and Netflix hope will become hits for the streamer. Considering that he was reportedly paid $300 million for a five-year deal (he sold The Politician to Netflix separately, before signing that agreement), the pressure is on to deliver. His new bosses are confident he will.

“Our [viewers] are really excited for anything Ryan does, and that’ll naturally attract a sizable audience,” says Netflix vice president of original content Cindy Holland, who notes that Murphy’s series, such as Pose and The People v. O.J. Simpson: American Crime Story, which the company licensed and streams, are subscriber favorites. “Ryan is one of the most prominent storytellers of our time; we felt it was important to have him here.” His first offering arrives at just the right time. Not long after Netflix drops all Season 1 episodes of The Politician on September 27, the streaming wars will heat up as new services Apple TV+ and Disney+ (launching November 1 and 12, respectively) vie for the same customers. Netflix’s investment in Murphy — along with the $150 million it’s paying Grey’s Anatomy‘s Shonda Rhimes and the $100 million black-ish‘s Kenya Barris is getting — represents a sizable chunk of its multibillion-dollar content budget, meaning Netflix isn’t afraid of expensive combat.

But Murphy wasn’t thinking of any streaming battle — for him, the move was a natural next step. “I am an avid television watcher, and Netflix is my go-to place,” he tells TV Guide Magazine. Another bonus: The deal comes with ample freedom for the creator, who developed The Politician with longtime collaborators and exec producers Brad Falchuk and Ian Brennan. “Netflix doesn’t have rules. You can make your own, and that was appealing to me,” he says.

He’s not just talking nudity or language. Episode 5 of The Politician clocks in at 28 minutes, quite short for a one-hour series. Netflix didn’t blink. “That’s the story we wanted to tell [in that episode], which I never could have done anywhere else, so that’s liberating,” Murphy says.

Indeed, with a track record that includes hits as varied as Fox’s first-responders drama 9-1-1 and HBO’s The Normal Heart, a film based on Larry Kramer’s 1985 play about the AIDS crisis, the workaholic isn’t interested in repeating what he’s done before at this point in his career.

“I could’ve coasted. I could’ve stayed in the same groove with the same rigor, but I wanted to shake up my life,” says Murphy, who’s on the job seven days a week. “I work harder on everything. I spend twice as long on the edits. But I enjoy trying to move toward the perfection of something and making it the best that it can be.”

His stamp is all over The Politician. He personally recruited Platt to join the cast. (The actor remembers Murphy coming to see him headline Broadway’s Dear Evan Hansen and “after the show he said, ‘We’ve got to work together!'”) And Murphy is so detail-oriented that he even helped style Jessica Lange’s manipulative character, Dusty Jackson, who is the grandmother of Payton’s running mate, the timid Infinity (Zoey Deutch).

“Ryan wanted a big mullet and crazy clothes,” Lange recalls with a laugh. “I walked out of the makeup trailer after we did the whole look for the first time and he thought it was just fabulous, so that was what we went with.”

The actress, who won two Emmys for her work in American Horror Story and portrayed film legend Joan Crawford in Murphy’s 2017 limited series Feud: Bette and Joan, knows what she’s getting when signing on with Murphy. “He never disappoints when it comes to characters,” she says, adding, “We lock horns once in a while about how far I’ll take certain aspects [of a role].” Think: Lange’s blush-inducing “munch butts” line featured in the trailer. Recalls Murphy, “When she read that [in the script], she said, ‘I can’t say that.’ And I said, ‘I trust you.’ It’s part of a conversation.” The cast offers insight into Payton and those in his orbit of Ryan Murphy's new series.

Judith Light agrees. The actress, who earned an Emmy nomination for her performance in Murphy’s The Assassination of Gianni Versace: American Crime Story and also stars in The Politician (to avoid spoilers, we won’t reveal her role), says that everyone feels “incredibly taken care of” on a Ryan Murphy production.

“I don’t mean by that hand-holding,” she continues. “I mean supported in the vision in what it’s going to look like, how your character will be defined. It’s the kind of out-of-the-box thinking that’s spectacular.”

The most unique thing about The Politician, ultimately, is its scope and ambition. Though the series, which was green-lighted with a two-season order, is set in high school for now, it’s not about the trials and tribulations of teenage life. “I’m not interested in high school at all,” Murphy clarifies. “What I’m interested in with The Politician is the life of a man. I’m interested in starting when Ben’s character is 18, because by the end of the run of the series, he will be 42 or 43. Every season of the show is going to be a different political race in his life.”

Payton’s journey begins at Santa Barbara, California’s fictional Saint Sebastian High School. We find out in the opening scene he’s been planning his path to the White House since age 7. But before he can even dream of claiming 1600 Pennsylvania Avenue as his address, Payton first has to win the competitive student-body election and defeat his icy opponent Astrid Sloan (Bohemian Rhapsody‘s Lucy Boynton), who, for various reasons, is running neck and neck with him.

Taking a page from the current cynical and cutthroat political culture, Payton eyes cancer-stricken classmate Infinity (who, in another twist, might actually be healthy) as his running mate to pull at the heartstrings of voters. Meanwhile, Astrid has gay black student Skye (newcomer Rahne Jones) on her ticket. 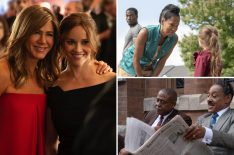 Fall Favorites: 7 Shows to Check Out Based on Their Trailers (PHOTOS)

From 'The Morning Show' to 'Watchmen.'

Payton may pander, it’s true, but he’s no soulless politico. We quickly see he’s close with his loving adoptive mom, Georgina (Gwyneth Paltrow, a Glee veteran who’s also married to exec producer Falchuk). She protects him from his bullying older brothers, twins Martin and Luther (Trey and Trevor Eason), and encourages her husband Keaton (Bob Balaban) to treat Payton the same as his biological boys.

Platt found Paltrow to be the perfect partner in bringing the unbreakable mother-son bond to life. “She really welcomed me into her arms, figuratively and literally, and our scenes were very important for Payton because you get to see his humanity,” he says. 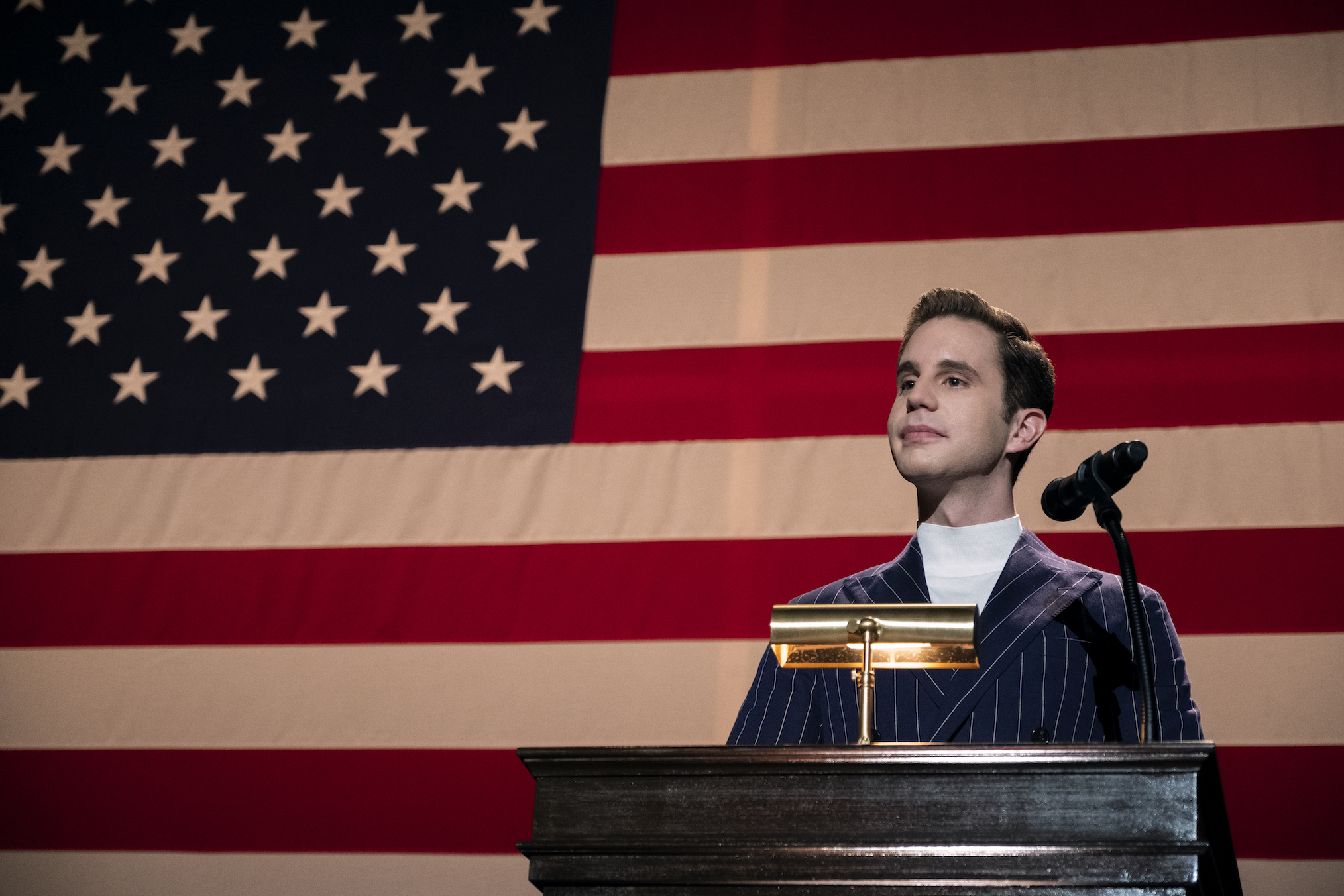 This is an abbreviated version of TV Guide Magazine’s latest cover story. For more, pick up the issue, on newsstands Thursday, September 26. 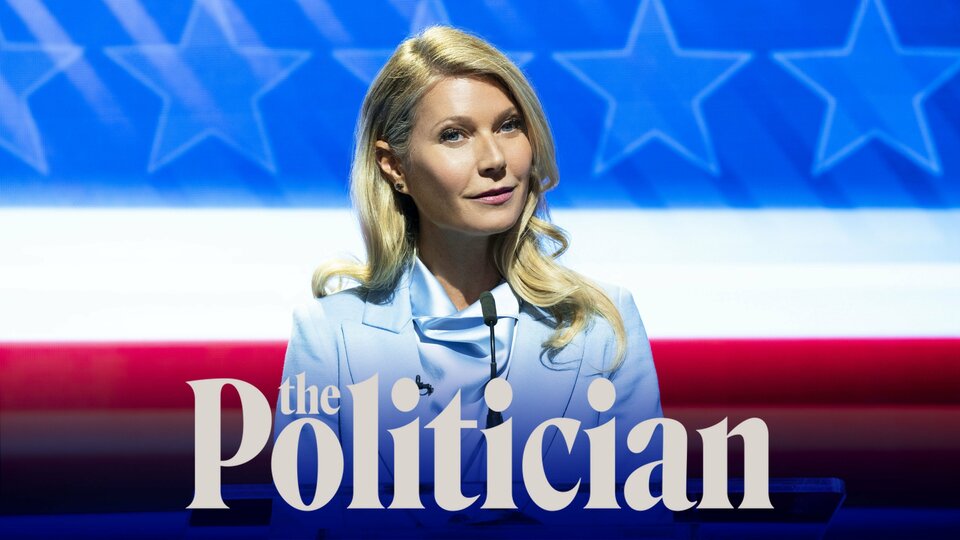