A war is coming in Peaky Blinders Season 5, but who will survive it?

The award-winning, gangster family series following the evolution of leader Tommy Shelby (Cillian Murphy) from backstreet crime lord to legitimate businessman and member of parliament returns to Netflix in October, and tensions are high. The new trailer from the streaming service offers just a peak into the violence and conflicts.

“When I sleep, I dream,” Tommy says in it. “And in my dream, someone wants my crown.” But can he hold onto it? Later, he declares, “nothing can stop us,” but is that just wishful thinking, especially considering the war coming his way? Watch the trailer below for a look at what’s to come for him and the others.

In the fifth season, the financial crash of 1929 has thrown the world into turmoil, and Tommy is approached by a charismatic politician with a bold vision for Britain. As he’s told in the trailer, “I will have need of men like you, except there’s no other man like you.” Tommy realizes his response to this politician will affect his family and the entire nation. The Shelbys are back for more action. 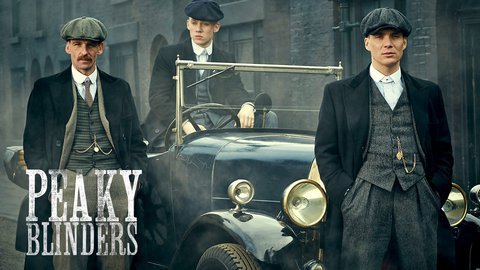