Netflix is losing two popular half-hour comedies soon — Friends is departing for HBO Max in 2020, and The Office is leaving the streaming service for NBCUniversal’s streaming service in 2021 — but they will be gaining a new one.

Seinfeld is coming to Netflix in 2021 after the service made a five-year deal with Sony Pictures Television. Through the deal, subscribers in the United States and most globally will be able to watch all 180 episodes. The streaming service was reportedly “particularly aggressive in pursuing” the rights to the comedy.

“Seinfeld is the television comedy that all television comedy is measured against,” Netflix’s chief content officer Ted Sarandos added. “It is as fresh and funny as ever and will be available to the world in 4K for the first time.”

The series will be streaming on Hulu until the new deal in 2021.

All 180 episodes of the Emmy-Award winning Seinfeld are coming to Netflix — worldwide! — starting in 2021 pic.twitter.com/tLvcCKH4vl 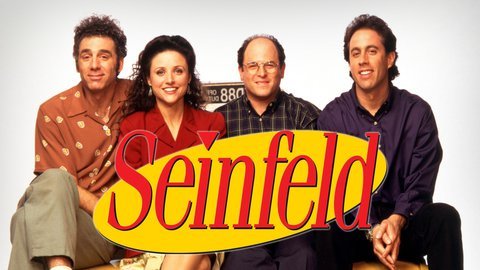