Talk about saving the best for last. After eight years of rotating partner names, near misses, and will they/won't they (or did they/why don't they?!), Suits' ace litigator Harvey Specter (Gabriel Macht) and savvy COO Donna Paulsen (Sarah Rafferty) are officially a couple. Just in time for the USA drama's final season.

"I have always felt that we should wait as long as possible to put them together," admits tall-drink-of-cool Macht, stealing a few minutes between scenes on the show's cavernous Toronto soundstage.

Much to a wildly verbal fandom's glee, that wait ended when the Tom Ford–sporting corporate closer paid a sexy late-night visit to Donna's door in the closing moments of February's Season 8 finale. All it took was their latest managing partner, Robert Zane (Wendell Pierce), falling on a legal sword to save the duo from being prosecuted for breaking attorney-client privilege. Plus, see who's threatening the firm in Season 9.

Faced with the reality of what he could have lost, Harvey was no longer able to deny that his former longtime executive assistant — whom he slept with once in 2003, during a brief interlude when they weren't colleagues — was his forever person.

"When [Robert's sacrifice] happened, I was like, 'Yeah, that makes sense,'" Macht says of Harvey's revelation. "We talked a lot about the moment when he came to the door," continues Rafferty, with the same frank, Brené Brown–ish wisdom we've come to expect from her witty alter ego. "And we decided that it would be wordless. Harvey comes to the door, she sees in his face that he has changed — like he's different than he has ever been — and that is why she [pulls] him in."

And like so many viewers tormented by myriad teases, neither actor was sure that #Darvey would stick. "I was interested to see what's [next]," says Macht. "Are they going to break up the first episode [of Season 9]?" 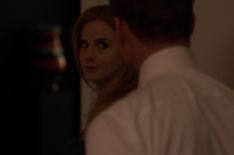 If anything, the actors' irrefutable chemistry — Rafferty and Macht have been friends since meeting at a theater festival in 1993 — had showrunner Aaron Korsh worried that other storylines would be overshadowed. "I was afraid coming into this season," he confesses. "What would [the relationship] do to the show? How would it play?" Turns out he had nothing to fear. "I love them together," he says.

Still, the fabric of Suits, one of TV's most sophisticated dramedies, won't be altered much by the new power couple. "We're not dedicating this entire season to Harvey and Donna being together," Korsh promises. "It's not going to be an hour of Harvey and Donna scenes."

Not that the show is afraid of seismic shifts. When it launched in 2011, Suits was all about Harvey hiring scruffy genius Mike Ross (Patrick J. Adams) as an associate despite his glaring lack of a law degree, a fact they both kept quiet. By Season 5, that secret was out. Mike spent Season 6 in jail for fraud and then left for a legit law gig in Seattle at the end of Season 7 after marrying paralegal turned lawyer Rachel Zane (the palace-bound Meghan Markle).

During Mike's time behind bars, original series regular Gina Torres exited as the firm's grand dame, Jessica Pearson. Without its central conceit and three major cast members, Suits could have hung it up. Instead, Korsh and his team regrouped for Season 8, gave the frequent guest Pierce an even larger role as Robert's firm merged with Harvey's, and upped Dulé Hill (senior partner Alex Williams) and Amanda Schull (junior partner Katrina Bennett) from recurring to full-time cast members. The biggest swing, by far, was signing Grey's Anatomy vet Katherine Heigl to play Robert's No. 2, Samantha Wheeler. Heigl — delightfully amiable and an admitted Suits diehard — has been a refreshing addition. Although she hasn't been on the show for very long, she gets why now is a good time to bring the series in for a landing: "I could see it going another few years, but at the same time, as a fan, I want it to end on a strong note, in glory, versus it being strung along." Echoes a laughing Hill: "I would say this is the easiest end to a long-running show. All I did was three seasons and I get to enjoy all the cake!"

With only 10 episodes left, this crew has a lot to handle before anyone starts celebrating. Due to the firm's scandalous public parade of partner turnover and ethical infractions, the New York Bar Association has deployed a hard-line special master by the name of Faye Richardson (Denise Crosby). Her job? To whip Zane Specter Litt Wheeler Williams back into shape, even if it means usurping current managing partner Louis Litt (Rick Hoffman).

"Obviously he gets the brunt," teases Hoffman, the show's scene-stealing secret weapon. Once Faye marks her territory, he says, "It truly looks like the end for the firm."

Thankfully, there's also a new beginning on Louis' horizon. Last season, he and his fiancée, Sheila (Lucifer's Rachael Harris), learned that they were expecting a baby. Whether we'll actually see the perpetually put-upon Litt become a dad is as confidential as one of Harvey's shady deals, but Hoffman confirms that Korsh has already told him "where the pregnancy storyline ends, where Louis and Sheila end up, and how it correlates to other characters as well." 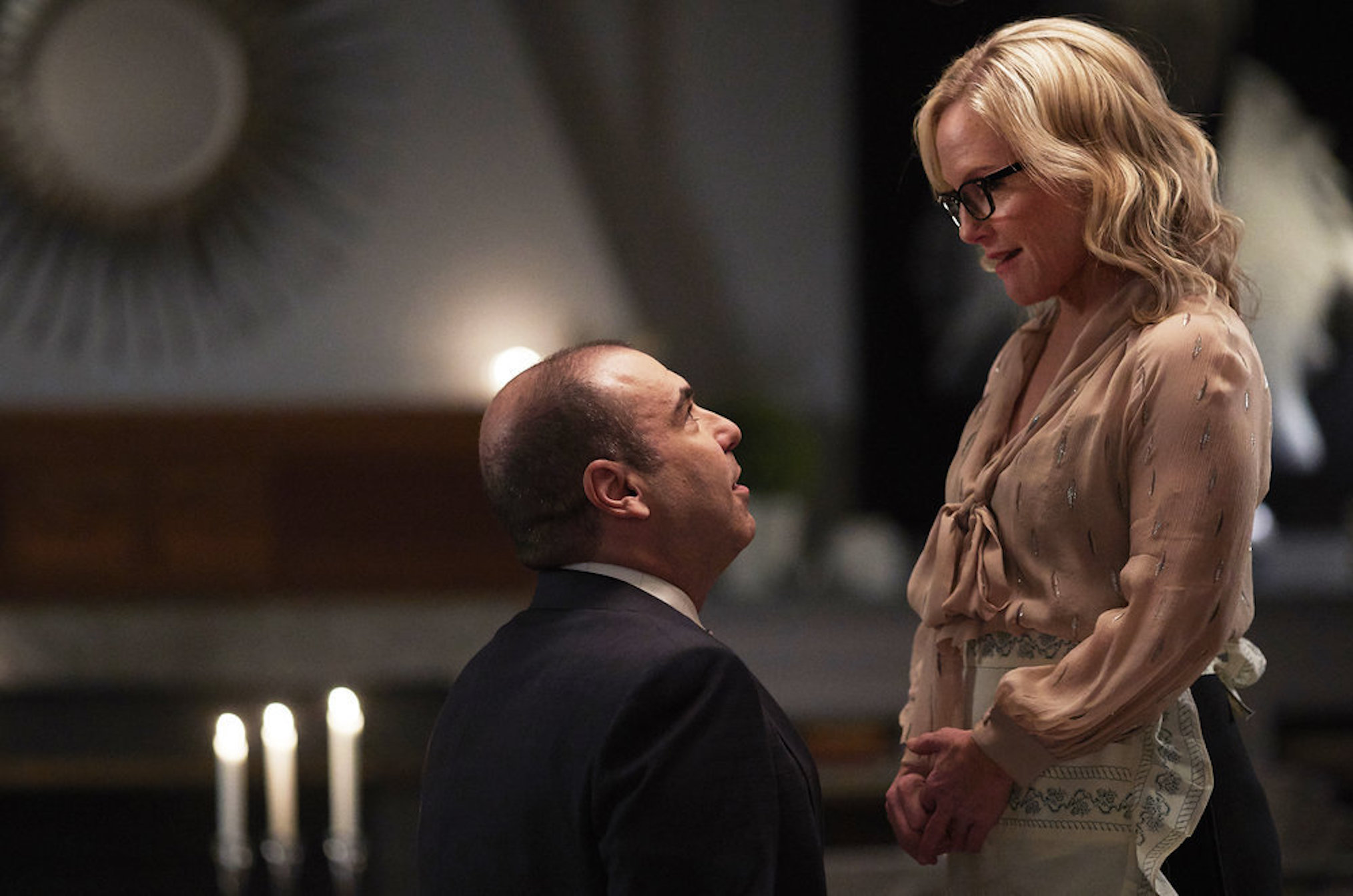 Speaking of other characters, look for them all to reevaluate their roles in the firm's notoriety under interloper Faye's watchful eye. "They're living with the consequences of their actions, each one of them," contends Korsh. "Some of them accept that more than others, which can cause conflict."

The firm may be known for its civil wars, but the final hurrah will not be battles on battles. Korsh has set out to tell more personal stories with some of that ol' Suits humor. In the season's third episode, directed by Macht, Alex brings home a coworker for a family dinner scene so cutely domestic, you might think it's from This Is Us, and Louis has a bro-friendly exchange with Harvey that was unthinkable even two seasons ago.

Look back ahead of the 'unforgettable' Season 9.

Later on, Katrina will contend with an emotional entanglement from the past, and Sam gets to face off with the O.G. troublemaker when Mike Ross returns. "I couldn't be happier that I get to be a small piece of the last chapter of a show that completely changed my life," enthuses Adams. "It's such a gift." This is an abbreviated version of TV Guide Magazine's latest cover story. For more, pick up the issue, on newsstands now.