If ending Game of Thrones was easy, don’t you think George R.R. Martin would have done it by now?

While fans of the franchise continue to await the final volume of Martin’s literary fantasy epic, viewers at last got closure Sunday on the blockbuster TV version that by necessity outpaced its source material, sometimes for better—Daenerys finally making her way to Westeros—and occasionally not. Judging by the backlash over much of this eighth and climactic season, including an insipid petition for a do-over, parting was not so much a cause for sweet sorrow as for unbridled disgruntlement.

'Game of Thrones' Series Finale: Who Died & Who Won the Crown? (RECAP)

In true heartbreaking fashion, we end this tale with an episode drawing attention to the importance of a good story.

TV on this scale almost inevitably becomes polarizing when the endgame nears—remember Lost?—and Thrones (led to its denouement by David Benioff and D.B. Weiss) is no exception. While I also had issues with this season’s signature mammoth set pieces—the woefully under-lit Battle of Winterfell and the perilously over-the-top fiery Siege of King’s Landing, both of which droned on seemingly forever—I found myself siding with Stephen King’s defense of Thrones’ final run, suggesting in a tweet that so much negativity could be because “people don’t want ANY ending.”

Or, perhaps, the particular endings that Benioff and Weiss contrived. The real issue here may be that when any aspect of this sprawling story is concluded, it’s seen as rushed or underdeveloped or too pat or obvious or name-your-criticism. Complicating matters further is Thrones‘ reputation for shock and unpleasant surprise, especially in the seasons covering the first three (and best) novels in Martin’s series. Could anything top the Red Wedding? Should anything? Finality in a saga this sweeping is often deflating by its own nature, epitomized by last week’s scene of Jaime (Nicolaj Coster-Waldau) and evil Queen Cersei (Lena Headey) entombed in rubble, so being able to satisfy everyone—or possibly anyone—might be an impossible task. As the unwise sage Tyrion (Peter Dinklage) noted in the finale, remarking upon the decision to exile the regicidal Jon Snow (Kit Harington) back to the Night’s Watch: “No one is very happy, which makes it a good compromise, I suppose.”

So let the grumbling continue. Game of Thrones is rich enough entertainment to survive all of the many relevant debates about its depiction and treatment of women and people of color, the spectacle that often wallowed in the sort of graphic carnage that its heroes decried, the uneven vagaries of plotting that let perhaps too many of the good guys make it to the end.

I’m sure some eyes rolled when Jon embraced his power-mad and merciless queen, Daenerys (Emilia Clarke), in a fatal clinch of murderous passion and regretful justice. But could there be any other resolution to her destructive wild ride of incineration the week before? On one hand: predictable. On the other: dramatically justified, especially once she bragged to Jon, in full tyrant mode, of the people under her rule: “They don’t get to choose.”

Why she chose the extreme vengeance she enacted on the citizenry of King’s Landing is still hard for many to swallow, and I get that, but for me, almost all was forgiven by the indelible image of her grieving dragon, Drogon, melting the Iron Throne into a molten pool before sweeping her body off to some unknown memorial site. How fitting that the throne of this decimated kingdom is now, more or less, a wheelchair. 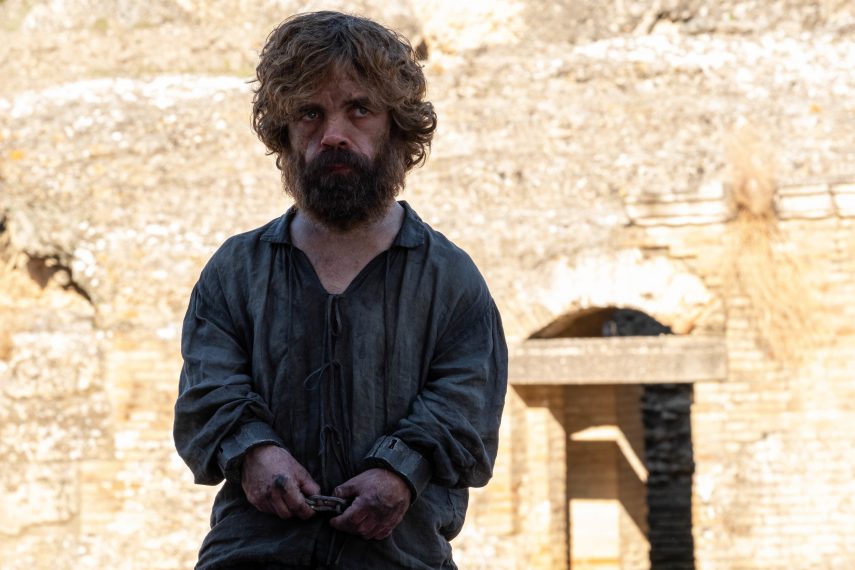 There may have been a sense of anticlimax when “Bran the Broken” (Isaac Hempstead Wright) was chosen by acclimation to be the new ruler—although proud Sansa Stark (Sophie Turner) declared the North an independent kingdom which she would rule, and who was her brother to deny her? And yet my favorite moment in the entire finale came during that scene, when sweet Sam (John Bradley) of House Tarly suggested democracy as an option for picking the next monarch, and was nearly laughed off the platform.

Because when has one ever felt as real as the HBO hit?

There are limits, even in this fantastical land, which is why I found myself wishing HBO’s sequel to this remarkable series would be West of Westeros—which is where Arya Stark (Maisie Williams) is headed as we fade out, to a land beyond the maps, to quench her sense of adventure. And perhaps to discover a world where people are less obsessed with endings than with just being.