‘A.P. Bio’: How a ‘Back to the Future’ Icon & NBC’s #FemaleForward Program Teamed Up (VIDEO)

Great Scott! A.P. Bio is getting a visit from Doc Brown himself, Christopher Lloyd. But the Back to the Future icon’s appearance — as the curmudgeonly neighbor waging war with Jack (Glenn Howerton) — isn’t the only thing that makes this week’s episode one for the history books.

The outing also marks the episodic network directing debut of Katie Locke O’Brien, one of the first “graduates” of NBC’s Female Forward program. The initiative, which began in 2018, seeks to improve female representation behind the scenes by giving up-and-coming female directors a chance to helm one of the networks’ scripted shows, along with the experience and credit necessary to foster their careers within the industry. Jack is back! So warn the kids.

For the inaugural class, 10 women were chosen from over 1000 applicants to shadow a director on at least three episodes of a show with which they were paired with before calling “Action!” on their own episode. But even with the added research, Locke O’Brien wasn’t entirely ready for the casting coup that awaited her at Whitlock High School.

“Of course, I found out in the final minutes of my last day of prep that our guest star was going to be Christopher Lloyd,” recalls the actress-writer-director, adding that the “beyond thrilling” news brought with it a DeLorean full of emotions. “I freaked out for one minute, panicked for one minute, and then it was down to business. And from the moment he arrived on set, he was so creative, generous, and kind,” she raves. “He’s a true pro. It was a dream come true.”

Well, now we know… this is my director face. 🤔 Tune in to Thursday’s episode of @nbcapbio at 8:30 p.m. to see how this apparent intense seriousness led to some hilarious scenes. . . . Photo 1: @NBC Photos 2-4: @paymanbenz #director #comedy #femaleforward #womeninfilm #tv

Lloyd wasn’t the only one who made Locke O’Brien’s job a dream. “A.P. Bio has a top-notch cast that includes some real comedy legends, so sure, it was a bit intimidating for my first network episode. But everyone was wonderful; they were supportive and encouraging, but they also treated me as if it was my 100th episode.”

Noting the show’s “unique tone,” Locke O’Brien was thrilled to find a collaborative energy among the cast and crew. “Everyone is working toward what is funniest but also the most grounded. So as soon as we dove into talking about the comedy and the real story points…and then you just accept that Paula Pell [who plays Helen] will always beat your joke, and you’re good to go!”

As for young women looking to get into the TV business, Locke O’Brien advises them to give self-doubt the day off. “Get past that hesitation—one I believe many women across [so many] industries have been conditioned to have—that you shouldn’t put yourself out there until you’re 100% confident in your skills. Because you’ll never be.”

“There are so many talented female storytellers who just haven’t yet had the platform they deserve,” she continues. “But that is changing. The discovery of this year, for me, was that although the numbers alone still paint a somewhat uninspiring picture of gender parity in Hollywood, the needle is moving and the momentum is growing. People are truly committed to bringing more women in, and those women quickly prove that they deserved to be there all along.”

Check out Lock O’Brien’s handiwork here, in an exclusive clip from her debut! 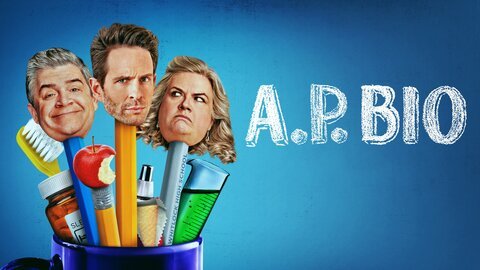