Keep on Keeping on: That’s the goal for the Conner family in The Conners — a new incarnation of the blockbuster sitcom Roseanne. (After racist tweets from creator and star Roseanne Barr, ABC canceled the revival in May, then opted to continue without her.) 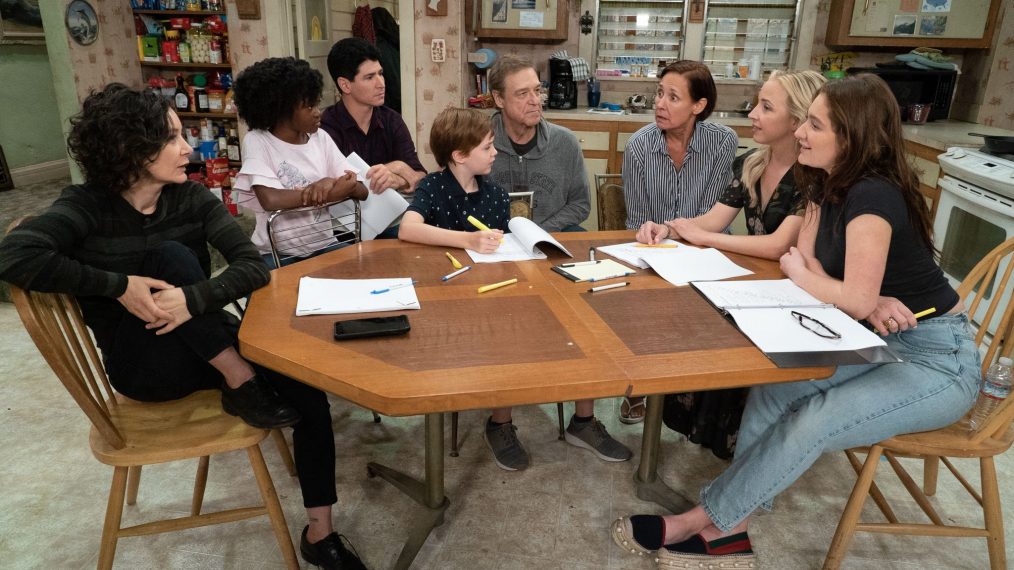 First Look as Productions Begins on 'The Conners'

The cast has reunited for the 'Roseanne' spinoff series without the lead character.

The Conners picks up not long after Roseanne’s season finale, and the matriarch’s absence “will be addressed in the first episode,” says Helford. Meanwhile, middle daughter Darlene (executive producer Sara Gilbert) and her kids still live with dad Dan (John Goodman), with frequent drop-ins from the rest of the clan.

“Dan has to step up in a lot of ways,” says Helford. “He holds his family together.” But without Roseanne (not to mention her Uber income), Helford adds, “everyone takes up new responsibilities, which is really interesting in that family dynamic.” Expect one great tradition to remain, though: the Halloween episode!