Two of the images are general, wide shots of the Handmaids in different locales, and apparently at different seasons (including one in which they are ominously being led through a snow-covered cemetery).

One image is specifically of Offred (Elisabeth Moss), covered in blood and clearly either in the midst of, or following, a crisis situation. But she is still looking as determined as ever.

According to Hulu’s release, Season 2 of The Handmaid’s Tale will be “shaped by Offred’s pregnancy and her ongoing fight to free her future child from the dystopian horrors of Gilead. ‘Gilead is within you’ is a favorite saying of Aunt Lydia. In Season 2, Offred and all our characters will fight against – or succumb to – this dark truth.” And in these first images, it sure seems like Offred is fighting.

Check out the images below: 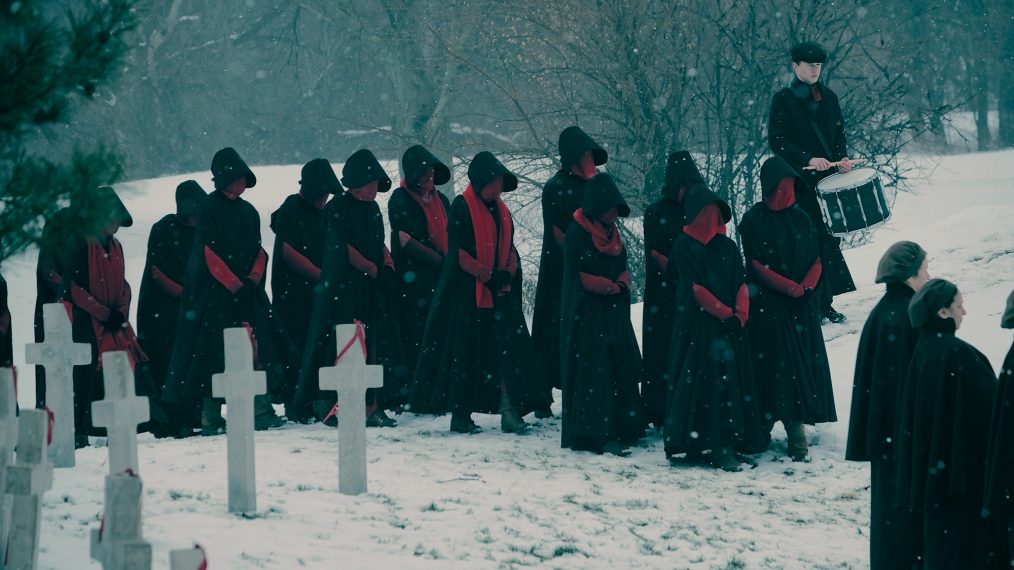