It took more than a decade for Sharon Stone to find the show that made her return to television full time. “I wanted to have a regular job close to home and my children,” says the mother of three boys, who won a 2004 guest actress Emmy for The Practice (not to mention a Golden Globe award and Oscar nomination for Casino). “It was a difficult search, but when [producer] Armyan Bernstein brought me the Agent X script, I really liked the blend of political intrigue and action and the fact that parents could watch it with their children.”

Stone plays incoming Vice President Natalie Maccabee, the country’s first female veep, who quickly discovers that, thanks to a secret clause in the Constitution, her job comes with a personal covert operative code-named Agent X. The agent’s mission is to keep the country safe from enemies abroad and at home. “I was always intrigued that the Constitution gave the vice president no duties other than taking over if the president dies and breaking a tie in the Senate,” says creator William Blake Herron. “We thought it would be a wonderful way into the story to shred the truth and create a bit of fictional fun.”

RELATED: When the Vice President Has the Power to Sanction a Spy

Jeff Hephner (Chicago Fire) plays the op, also known as John Case. Each week he receives a new mission to stop the country’s enemies. The action begins with Case doing his best to terminate some Russian bad guys with a wink, some cool martial arts moves and a room-service trolley. All good practice for his next assignment: taking down the biggest international criminal since Carlos the Jackal. “There’s more than a little bit of [Jason] Bourne throughout the series,” teases Herron, who cowrote The Bourne Identity—which happens to be one of Stone’s favorite movies.

“Natalie makes the decisions of when and where to dispatch Case,” Stone says. She’s helped by Malcolm Millar (Gerald McRaney), whose official job is the vice president’s butler but who actually acts as her consigliere and Agent X’s mentor, father figure and protector. “We lean on Gerald on set too,” Stone says of the prolific actor (Simon & Simon, Major Dad, House of Cards). “He’s the real leader of our show because he’s the most experienced in making a TV series. If we don’t know where to go next, he’ll let us know!” 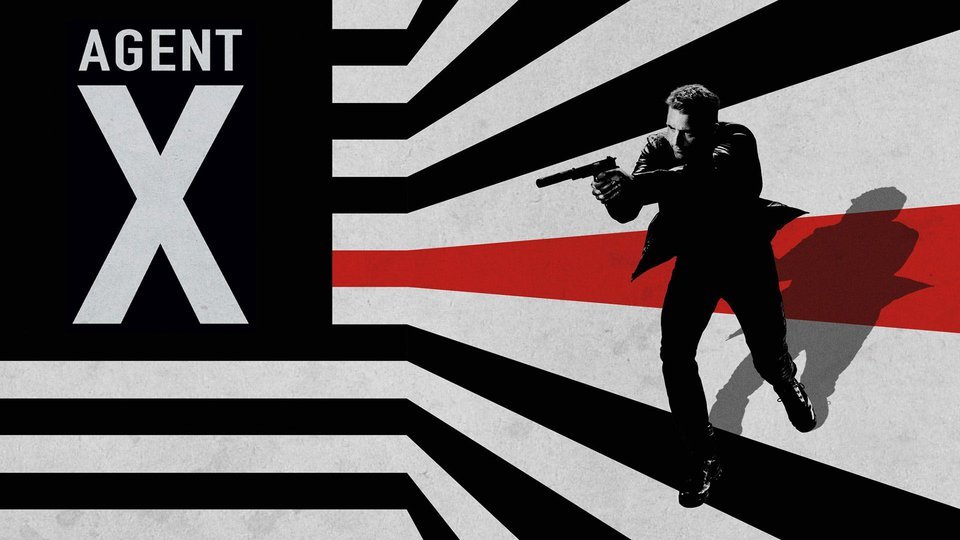