Allegiance Review: A Spy Drama Without Much Suspense

Even if FX’s The Americans didn’t exist to show how to do this sort of all-in-the-spy-family thing right, it would be hard to muster much passionate fealty toward Allegiance, a wan espionage drama that might as well be called The Spy Who Weaned Me.

Said spy would be Katya (a brittle yet evocative Hope Davis), a former KGB operative who recruited her American defense-contractor husband Mark (pallid Scott Cohen) back in the Cold War days. Or so we’re told in exposition that tends to distance us from, rather than draw us toward, these chilly characters (the exact opposite of our visceral connection to the married spies-next-door so memorably portrayed by Keri Russell and Matthew Rhys on comparatively riveting Americans).

Years have passed, they’ve raised a family in Brooklyn, and they consider themselves deactivated. But then golden-boy son Alex (handsome but regrettably bland Gavin Stenhouse) takes a job at the CIA as a gifted if socially awkward savant of an analyst, and guess what? The Russian baddies order mom and dad to turn the boy into a double agent.

The potentially suspenseful premise, based on an Israeli “format,” is undercut by plodding storytelling and rank clichés—the first time we see the Russians in action, they’re feeding a traitor into a roaring furnace, feet first into the fire—and, most fatally, a cast lacking in both chemistry and electricity.

Stick with it and the capers become more intricate and entertaining, as Katya and Mark sweat bullets trying to satisfy their omnipresent Russian masters while keeping their brilliant boy in the dark. Still, more often than not, Allegiance brings unfortunate new meaning to the concept of “sleeper agents.” 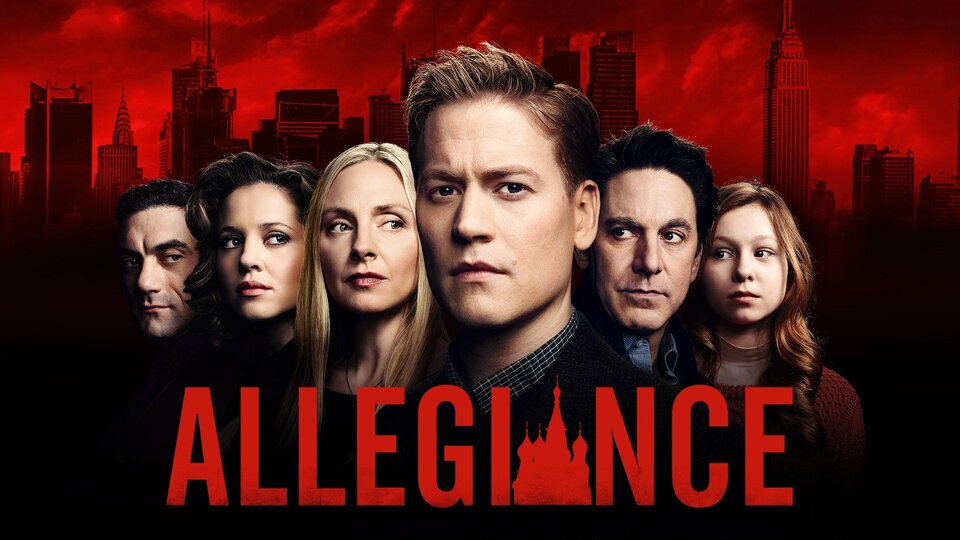