Sounds like the Blue Bloods episode “Lost Ones” risked losing longtime fans with the introduction of a new love interest for Danny Reagan (Donnie Walhberg).

In that Season 13 episode, which aired on Friday, January 20, the CBS procedural introduced Jessica Pimentel (Orange Is the New Black) as retiring detective Laura Acosta, who ended up on a date with Danny after he helped her get disability pension approved. But that possible love connection frustrated fans who’d been shipping Danny and his work partner, Det. Maria Baez (Marisa Ramirez) ever since he lost his wife, Linda (Amy Carlson), in a helicopter accident. 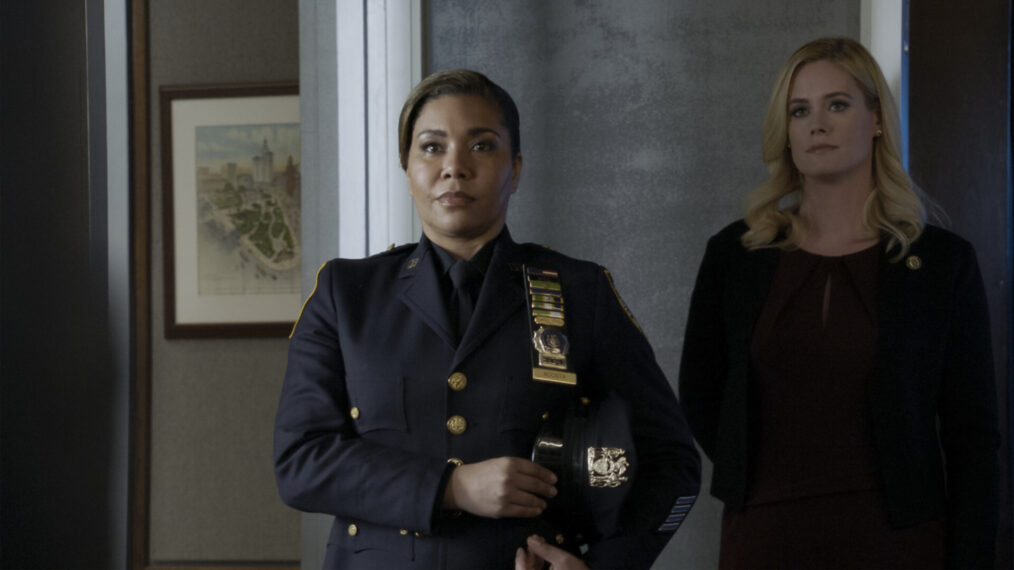 “I’m done with @BlueBloods_CBS if they are pairing Danny with that woman,” one viewer tweeted on Friday night. “He and Baez deserve to be together @DonnieWahlberg.”

(Wahlberg, for his part, replied to that tweet with a crying-laughing emoji. “Maybe this will be them closer? Hmmm,” he wrote.)

“Lol the #BlueBloods writers basically just gave a big screw you to the fans who have been waiting for Danny [and] Baez,” another person wrote on Twitter. “Not impressed. All that history with them, [and] we get a newbie not seen before tonight?”

The following day, a third viewer tweeted, “Baez was there for Danny when Linda died, and we’ve been watching their relationship develop onscreen for LITERAL 10 [years], but in one scene, you’re gonna inform me that this applies to another character we’ve never seen and expect me to just go with it? Yeah, no.” Other fans, meanwhile, are thinking Danny could at least be dating the medium Maggie Gibson (Callie Thorne), who has been encouraging him to move on from his wife’s death. “It would have made more sense for him to date the [Maggie],” one person tweeted on Saturday, January 21. “But hopefully, by the end of the season, it’s Danny and Baez.”

“I can’t see Danny and Baez, but Maggie, on the other hand…” another fan wrote on Twitter, with Wahlberg replying with a shrugging Memoji.

In any case, Blue Bloods will likely have time to find Danny’s next great love. It doesn’t seem like the show is in danger of cancellation, and Tom Selleck (Frank Reagan) told TV Insider last fall he’d be happy to see Blue Bloods make it to 15 seasons. “I’ve got a mortgage. I’m game!” he quipped.