On the latest edition of the Inside Jeopardy! podcast, Jeopardy! producers Michael Davies and Sarah Foss not only revealed a new tournament in the works but shared details of how tournaments will be aired in the future.

The discussion came as the producers shared their new year’s resolutions for the long-running game show. This included the previously reported Masters tournament and forming stronger relationships with affiliate stations across the U.S. to increase the show’s availability — it was announced Wednesday (January 11) that Jeopardy! has been renewed for five years through the 2027-2028 season.

One of the more intriguing resolutions was a plan to restructure the scheduling of the show, specifically in regard to tournaments. This would mean airing the tournament spin-offs at the beginning of Season 40 before the regular syndicated episodes begin, meaning fewer interruptions. 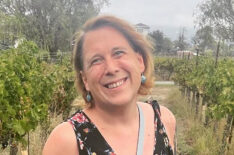 “We had a slightly weird thing where we kicked off the regular season for five weeks, then we went to post-season [tournaments], then we came back and went back into regular season again,” Davies explained, referencing how the Tournament of Champions interrupted Cris Pannullo‘s winning streak on the syndicated show.

“[So] we’re going to kick off the season with [tournaments], then go into the season thereafter,” he added. “I think it will work better.”

Right now, the show is in the middle of its 39th season, which is scheduled to wrap up on July 28, 2023. Ken Jennings is currently hosting the syndicated episodes, while Mayim Bialik will be back to host the High School Reunion Tournament, which premieres on February 20. Bialik also hosts new episodes of Celebrity Jeopardy every Thursday.