Eric McCormack is ready to change your perception of him again. Having scored with the comedy of Will & Grace, the ad-agency drama on Trust Me and and crime procedural of Perception, the Emmy winner is now heading into sci-fi with Travelers. The slicky crafted Canadian-produced drama, about a team from the future that has journeyed back into the present to save humanity, has already aired in its homeland, but will go global later this month when it bows on Netflix. And for McCormack, who stars as FBI Special Agent Grant MacLaren, that move is even more exciting than time-jumps.

Congratulations on this. This is a nice departure.
Yeah, it’s nice to back. Most people don’t know that this is where I got my start. I was all drama before the gay lawyer. [Laughs]

But this if your first sci-fi drama, right?
Not exactly. I had a lot of little guest stars on little things. It’s always weird whenever I’m at a convention that has a lot of sci-fi. People always come up and mention my one episode of the Highlander or my one episode of The Outer Limits. It’s amazing. Sci-fi audiences forget nothing! And in fact, the guy who created Travelers, Brad Wright, wrote the episode of The Outer Limits I was on that I did over 20 years ago.

Will & Grace still runs on cable and watching Travelers, it’s like you haven’t aged at all. You’re a sci-fi situation!
[Laughs] Well, I’m rotting on the inside. That’s my secret.

So, let’s talk about Travelers because it won’t debut on Netflix until Dec. 23, but when it started to air in Canada, Twitter was all over it.
Right. And I’ve got a lot of American followers who were going, “Huh? When do we get this?” So, airing in Canada was like the out-of-town try-out, and so far, from what we hear, the network up there is a traditional network—it’s like a TNT-size network—and their numbers have been great and the response is even great. So, I’m feeling really excited about this country and really, every country, because that’s Netflix, right? 180 countries all at once. So, the whole world gets it.

Explain the show. We have an exclusive clip (below) where you and the team realize a mission has gone wrong and it’s clear there is time travel, but not physical time travel.
What I love about it is that it’s sci-fi and it’s time travel, yet it doesn’t fit either of those molds because it all takes place entirely now. The Travelers have traveled from a very bleak future to fix those little things that they’ve figured out that are going to make the future better…they hope. So, it’s kind of the opposite of that butterfly effect thing where if you go back in time, you can’t change anything. We’re coming back specifically to change it. And what I think is really cool about the show is that we are not physically jumping into a time machine and then coming back as ourselves and putting on mustaches to disguise ourselves. The only thing that’s traveling back in time is our essence, our consciousness—we are taking over the bodies of people who are about to die. We [jump] into their bodies 30 seconds before they [die] and then we continue to just live on, not just in their bodies, but also in their lives. We’re like spies, so the real feel of the show ends up being like The Americans. It feels like we are undercover and the body that we’ve been given to each of us, that’s our life now.

So, your character doesn’t actually look like Eric McCormack in the future?
Exactly. Who knows what I look like?

Do we ever get to see?
Well, certainly not in Season 1. We’ll get a sense of who we are, but not what we look like. The Travelers are here like soldiers, and like soldiers, you don’t fraternize. You have a mission. But it’s very hard when part of your mission is to live someone else’s life complete with kids’ birthday parties and whatever else they have to do. So, it’s a real interesting mix that way.

How was your guy about to die before your essence came into him?
Well, the other four Travelers, we will see their transformation in the first 10 minutes of the pilot. Me, not so much, so I’d rather not say. It’s kind of interesting. In fact, I’m not a Traveler for a little while, so we actually get to see my character before he goes. That was fun for me too to figure out how to find subtle differences.

I like that it’s not like you’re not going back to kill Hitler.
Right, no. It’s a lot more subtle than that. Nowadays it’s like, whenever I start doing interviews people are like, “Oh you’re going to fix 2016? Perfect. Here’s a suggestion for you!” But A) we shot before the election and B) we’re just foot soldiers. There’s a bigger [boss], there’s someone we call the Director, who has figured out how and what we change in order for certain people to live and certain people to not live that will affect the future. So, we know almost as much as the audience does. We’re just following orders. We don’t understand why our piece of the puzzle is going to help.

This was all shot in Vancouver?
Yes we did, which was great. And so the result was—and the American audience won’t know or care about this but—the young actors [MacKenzie Porter, Nesta Cooper, Jared Abrahamson, Reilly Dolman and Patrick Gilmore], the five of them that are with me in the show are fantastic and I think the show is going to make them breakouts. They are all Canadian.

You, Debra Messing, Megan Mullally and Sean Hayes did that Will & Grace pre-election short, which now has NBC talking reboot. Would you want to do that?
Well, you know what? The four of us were so surprised that Max [Mutchnick, W&G executive producer] called us up and said, “OK, don’t ask how, but I’ve got the set and everything, so let’s do something and help the cause.” It was so much fun to do and the response was so huge. And it’s kind of amazing too that between [director] Jimmy Burrows and our set decorators, they made it look like an episode of the show. So, when NBC came back and said, “Is there more to this?” the talk right now is that we are sort of in talks [for] maybe something limited, a little 10 episodes…but it’s going to be awhile before we can figure it out. I’m the only one with a [regular] series, but the other three could have a series at any moment. So, it is a very hard thing to schedule but we’re certainly all into it.

RELATED: Will & Grace Reunion Feels Like the Show Never Ended 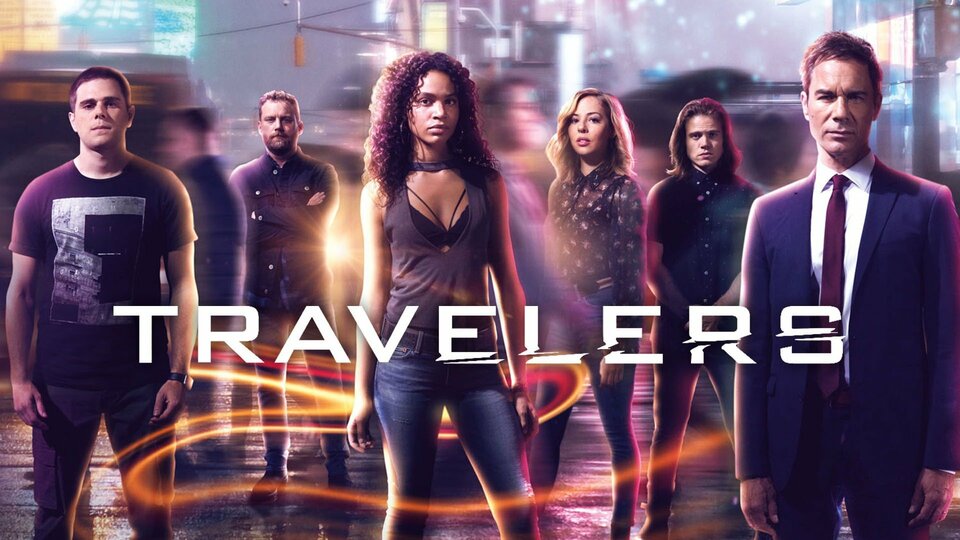 Travelers where to stream