‘Charlie’s Angels’: Looking Back on the ‘Angels in Chains’ Episode

Film extra. Disco instructor. Wealthy Texas widow. The original Charlie’s Angels (Jaclyn Smith, Farrah Fawcett, and Kate Jackson) never met an undercover gig they didn’t like (or like to dress the part for).

In “Angels in Chains,” they got themselves locked up in Louisiana to find a missing person, only to learn inmates were being forced to pay their debts to society as prostitutes! The 1976 hour lampoons “women in prison” exploitation films — “I’ll try not to bruise her tender skin too hard” is an actual line from a sadistic guard (Mary Woronov) — and was a ratings blowout, but it looms large in Angels lore for other reasons: Crew members got a kick out of leaving the stars shackled. According to Smith, “We had lunch together like that!”

A young Kim Basinger, as another railroaded jailbird, is hired at episode’s end as a Townsend Agency receptionist…then never seen again. “I could have been the Angels’ little sister,” the actress said. “But I just knew I wanted to do film and sing.”

Ladd joined the series in Season 2 in the role of Fawcett's character Jill Munroe's sister Kris.

When Fawcett was suffering from cancer in the last years of her life, her former assistant later recalled one Jackson visit when the old costars just sat in bed watching “Angels in Chains.” 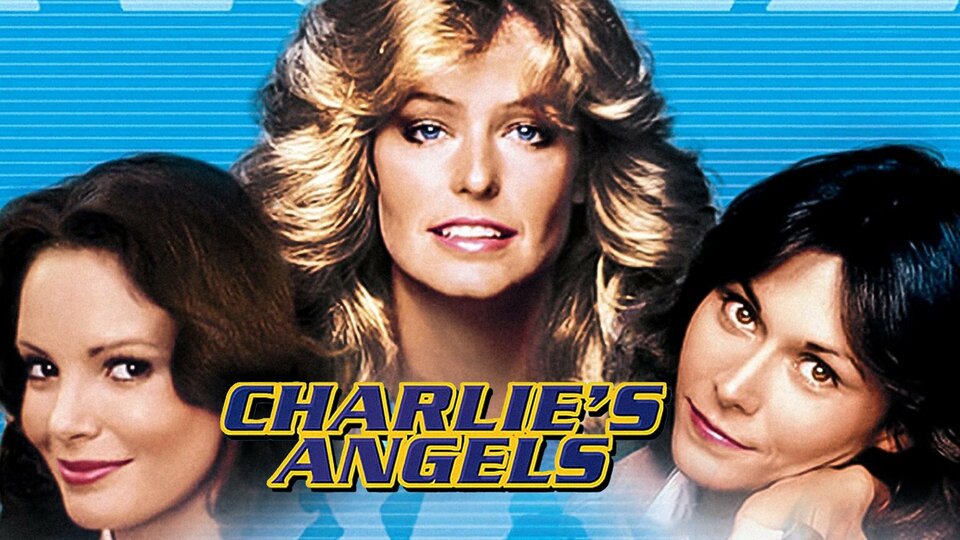 Charlie's Angels where to stream