Set to premiere Thursday, May 12, the latest chapter in this Emmy-winning comedy sees the legendary Las Vegas comedian Deborah Vance and her entitled young writer Ava embark on one epic travel adventure across the country as they workshop new material for Deborah’s stand-up act.

This storyline is shadowed in the new key art featuring the women posing on the road as Deborah’s tour bus looms large in the background. Joining Deborah and Ava on the road are Deborah’s COO Marcus (Carl Clemons-Hopkins), her assistant Damien (Mark Indelicato), and some fresh faces like tour manager Alice (played by guest star Laurie Metcalf). Under the surface is a fear that Deborah will uncover the truth about Ava who shared unflattering stories about her boss during Season 1 which could come back to haunt the writer. “She will kill you if she finds out,” warns Ava’s manager, Jimmy (Paul W. Downs), who also manages Deborah.

Plus, find out when the Emmy-winning comedy will return to HBO Max.

Catch the trailer, below, and don’t miss Hacks when it makes its long-awaited return this May on HBO Max. 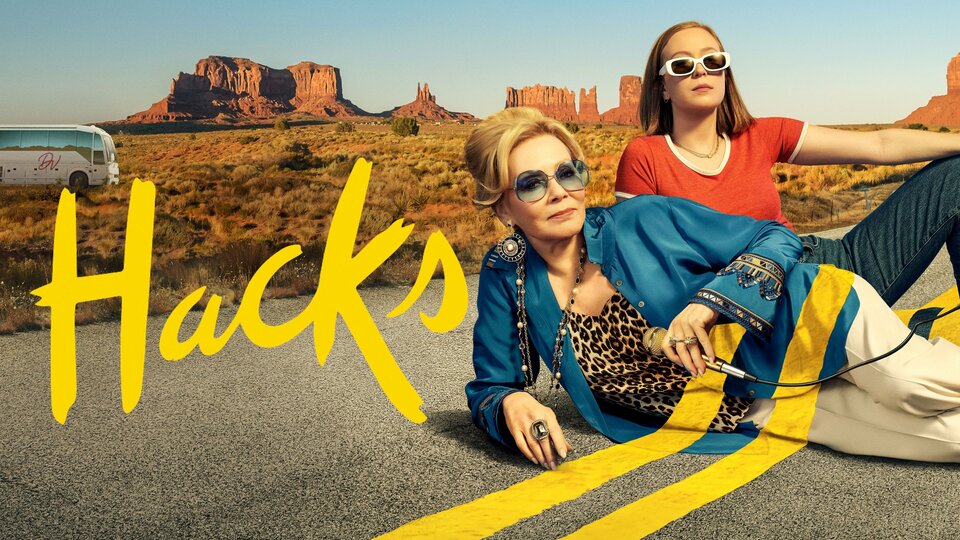