The real estate brokers of Nest Seekers International—you know them from Netflix‘s Million Dollar Beach House—are again ready to show the ins and outs of listing high-end homes on the new Discovery+ series Selling the Hamptons.

Ahead of the show’s premiere on January 20, J.B. Andreassi, a Hamptons native and expert, and Peggy Zabakolas, an NYC broker, talked with TV Insider about the jump to Discovery+, how the pandemic has affected the red-hot Hamptons market and what viewers can expect this season. Other than limited inventory, heavy-duty competition and eye-popping commissions, that is. Home renovation show stars Candis and Andy Meredith had been hit with allegations of 'shoddy work.'

What did you think when you first heard about this next television venture?

Peggy Zabakolas: Selling the Hamptons is a brand-new show that was commissioned by Discovery+. It’s eight episodes following six cast members, and it’s completely different, which is great. So I was excited I was offered this opportunity to showcase what I do again.

J.B. Andreassi: First and foremost, Selling the Hamptons is more of a refined approach to what real estate brokers go through on a day-to-day basis out here. Same concept, of course, but this show really captures the essence of what it means to live and be a part of this Hamptons environment. Whether it’s showing restaurants like Pierre’s or going to Cooper’s Beach, we’re seeing places that maybe that first show didn’t really convey the right way. We’re really proud of what we’re able to accomplish this time around. 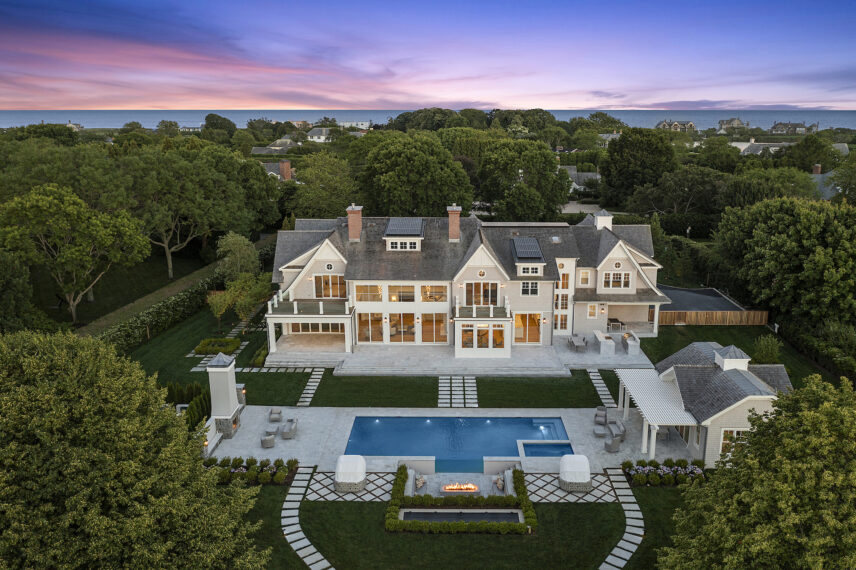 What makes your show different from other popular titles in the genre, like Selling Sunset?

Zabakolas: Selling the Hamptons focuses primarily on real estate transactions. We follow six charismatic brokers and explore the day-to-day activities: how to get a listing, how to keep a listing, what you do to make the seller happy and how to sell a property. And then, naturally, there is also always gonna be drama between people, because when you put six strong-minded, A-gamers in a room, you’re gonna have differences of opinion.

Andreassi: For us, this is 100 percent real—real clients that I interact with all the time, real investors that we invite to our parties, whether the cameras are up or the cameras are down. There’s no BS here. So there’s more of an authentic and real feel to our show, and there are no sort of “planted” characters.

This season was shot during the pandemic. How will we see this reflected?

Zabakolas: It was filmed this past summer, 2021. Real estate in the Hamptons actually benefited, unfortunately, from COVID, in the sense that everyone was leaving New York City markets—their secondary homes became primary homes. You’ll see the struggle, because a lot of homes are no longer available and a lot of people are on a strict time frame of buying a home.

But also, it’s the first summer that we’re able to host amazing events. You know, a lot about real estate is hosting these grand events—not only open houses but [parties] just to showcase the home and have the future buyer see what type of experience they can have in the home. We’re able to open that door back up.

Andreassi: We’ve seen a nonstop push for people to try and acquire a home out here, and we were able to service those clients up until a point, but now we’re struggling to find inventory to place people. So, I think the show does a good job of showing how crazy of a time it was: a 24/7, around-the-clock, working to find the best situation and property for our clients. Peggy, what’s been the biggest difference moving from being a broker in NYC to selling homes in the Hamptons?

Zabakolas: I still have a team in the city, and I’ve also expanded to connecting the city from the Hamptons, and I do Long Island as well now. The biggest difference, honestly, is that when you’re dealing with homes, you have inspections and you have different types of things that can go wrong. “Is the pool up to code? Is the electricity up to code?” When you’re selling apartments, you have a walk-through, which is primarily making sure there’re aren’t any holes and all the appliances work. And that’s the thing because the building maintains everything, whereas in the Hamptons, you have to make sure your pool is in the correct spot, the pool is up to code, you know, fun stuff like that.

J.B., you grew up in the Hamptons and know the area very well. This seems like an advantage, but does it come with any extra challenges?

Andreassi: I’m looked at as the leader, in a way, which is good and bad, more so good than bad. But I have a lot of extra responsibility in making sure my teammates are as educated and [well-]versed with the neighborhood. So I’m the go-to guy, whether it’s someone who needs a last-second run out to a property or a hookup with an attorney or a connection at the building department in Southampton. I like to be the team player and look at myself as the sort of essential piece to why we are successful and why we continue to grow.

Peggy, in Episode 2, you have a client go against colleague Michael Fulfree’s client for the Glass House. How do you maintain good relationships with your team when you are often pitted against one another for deals?

Zabakolas: At the end of the day, we all respect each other, and it’s business. The Hamptons is such a small market where there aren’t that many homes available for sale, so it’s bound to happen that you’re going to be bidding against someone you know. I, personally, would be [happier] to lose to a friend than lose to someone I don’t know. I could help celebrate their win, but, obviously, I would rather win myself. J.B., you and Michael are good friends. How do you maintain a personal relationship when you’re also working together in high-pressure situations?

Andreassi: It’s tough. We’re starting to work together more now because we have some experience and we’re starting to do bigger deals—I see his name come up on a property, or he may have a buyer for mine. Our personal relationship, we have down pat. He’s one of my best friends. He’s more loyal than a dog. But when it comes to business, we have completely different styles—I’m a little bit more anal compared to Michael. Sometimes that might lead us to getting frustrated with each other, but it’s something you work out. It’s like having your family: You love your family. You might get aggravated with each other at the dinner table, but you always come back and hug it out and figure out a way to overcome those disagreements.

What are you most excited for fans to see this season?

Zabakolas: I would say, generally excited for everyone to see the realness and see how everyone has to struggle with their own personal issues. I have the biggest feat in my career: I just listed a 30+ million-dollar home, which is the most expensive home on the show, the most expensive home I’ve ever done. And, in my opinion, it’s the best house in the Hamptons. It brought a little bit of West Coast to East Coast. It has an outdoor movie theater, an outdoor LED screen that pops up. It has an indoor spa, an outdoor pool with amazing transparent glass. It has a tennis court that turns into an ice rink in the winter. So I am really excited for everyone to just see what can be done in homes.

Andreassi: For me, it’s two things. One, it’s just where I grew up, and some of these places—the restaurants and the gym I go to every day—you know, blue-collar people that live here year-round who are the owners of these places don’t get enough credit for what they do. They are the reason the Hamptons is such an amazing experience for people like us, but also millionaires/billionaires and really successful individuals who want to be out here. So I think it’s that and also the homes—the scale of the properties we’re bringing this season. You’re seeing 15-, 20-, 35-million-dollar properties. It’s just a cool way for people who have never been to the Hamptons, who have only heard about the Hamptons, to get the inside look into what makes this place so unique. 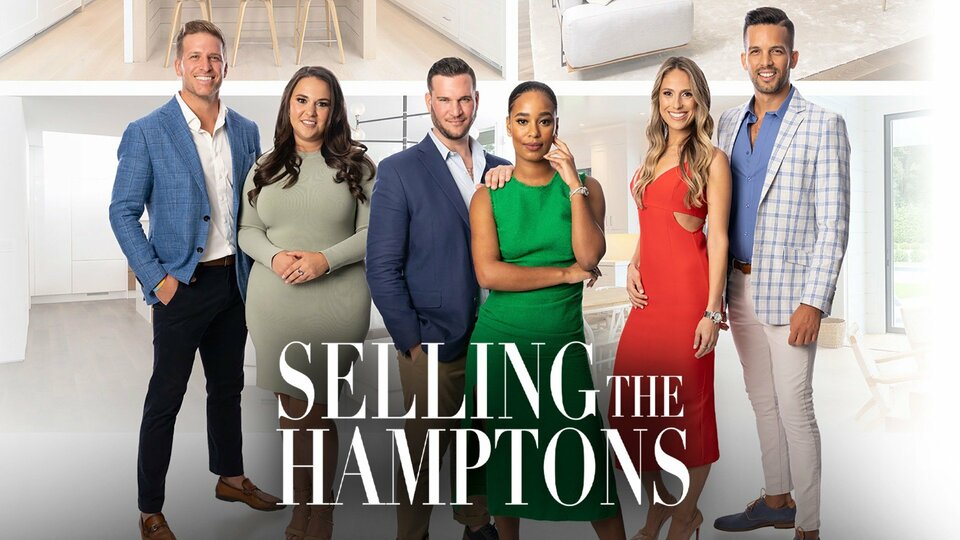 Selling the Hamptons where to stream