Peter Aykroyd, the former cast member and writer on Saturday Night Live and brother of Dan Aykroyd, has died. He was 66.

News of Aykroyd’s passing was announced on Saturday’s episode of the long-running sketch comedy series, hosted by Shang-Chi and the Legend of the Ten Rings star Simu Liu. The show aired a short black-and-white sketch starring Aykroyd followed by a title card tribute that read “Peter Aykroyd 1955-2021.”

Aykroyd was born in Ottawa, Canada, and started his career in comedy by joining the Second City comedy troupe in Toronto, like his older brother Dan. He joined Saturday Night Live in 1979, serving as both a writer and cast member for one season. He earned a shared Emmy nomination for Outstanding Writing in a Variety or Music Program during his tenure at the show.

The two Aykroyd brothers worked on several projects together over the years, including the movie Nothing but Trouble, and the Canadian sci-fi series Psi Factor, which was co-created by Peter and hosted by Dan. The pair also worked alongside each other for the films Coneheads, Spies Like Us, and Dragnet. 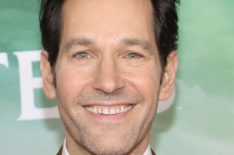 In 1997, Aykroyd and Jim Belushi provided voices for the cartoon The Blues Brothers: Animated Series, playing the roles made famous by their respective brothers Dan and John.

A cause of death has not been revealed.