‘The Morning Show’: What Did You Think of That Mitch Twist? (POLL)

The Morning Show has been making bold moves since it first debuted on Apple TV+ in 2019, but has the drama made its biggest move yet?

In the latest installment, “La Amara Vita,” Mitch Kessler (Steve Carell) receives a visit from an angry Alex (Jennifer Aniston) who flew directly to Italy after skipping out on the debate from last week’s episode. Desperate to keep the contact secret, Alex is motivated to reach out to Mitch after learning that he didn’t deny the personal nature of their relationship to Maggie Brener (Marcia Gay Harden) who reached out to the shunned reporter for her book. 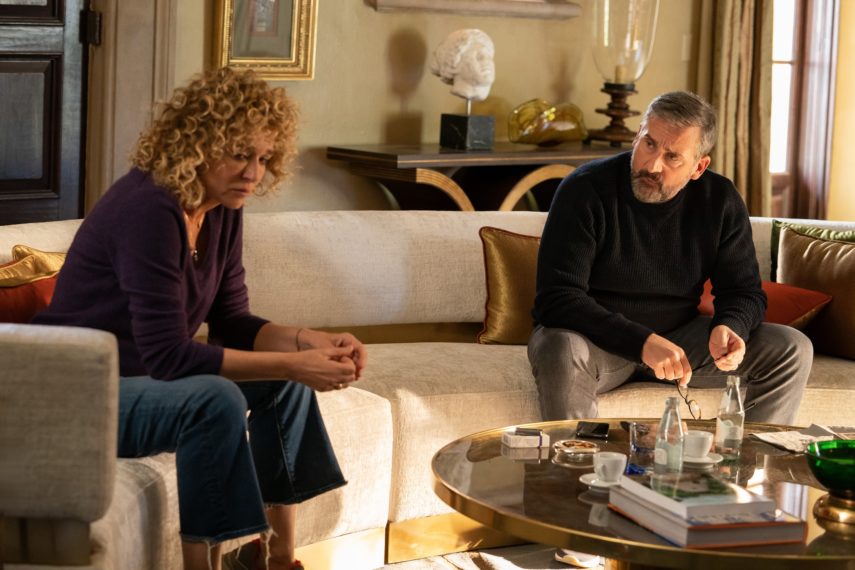 It turns out that Mitch and Alex’s relationship was in fact personal during their shared years on The Morning Show at UBA. During Alex’s visit to Italy, she even revealed there was a point in time she believed she’d been pregnant with Mitch’s baby.

Alex’s arrival is filled with tension and mutual anger regarding the predicament they’ve found themselves in, and she’s looking for a statement from Mitch to be released denying that they were ever together intimately. Due to travel difficulties amid the rising pandemic, Alex has to spend some time at Mitch’s house where they eventually find closure.

Nearly two years after it launched on the streamer, Apple TV+'s soapy social commentary drama is, in the words of Aniston 'finally!' back.

Eventually, she leaves and again presses Mitch for a statement which he agrees to share, but once Alex departs, he goes to see Paola (Valeria Golino) with whom he takes their relationship to the next level. After finding closure with Paola, Mitch gets in the car to stop by his house and swerves by a passing car, leading him to a cliff edge.

Instead of hitting the breaks though, Mitch just takes his hands off the wheel and goes careening over the side of the cliff face to his apparent demise. After Season 1’s Hannah (Gugu Mbatha-Raw), it appears that The Morning Show‘s death count is rising.

What do you think of Mitch’s ending? We’re asking readers to let us know in the poll below, and sound off in the comments section.