Harry Potter fans, get ready to test your Wizarding World knowledge! Fans of the beloved book and film series will compete in the new four-part trivia event Hogwarts Tournament of Houses, hosted by the magical Dame Helen Mirren.

“You think you know everything about the Wizarding World? Then boy, do I have a challenge for you,” says Mirren in the first-look trailer at the upcoming limited series.

Fans representing each of the four Hogwarts Houses (Gryffindor, Hufflepuff, Ravenclaw, and Slytherin) will compete for house supremacy in a bracket-style competition about “all things Potter.” The winners of each round will go head-to-head in the finale to determine which house will take home the championship trophy.

In addition to bragging rights, the winners will receive a prize package including a shopping spree at the Harry Potter New York Store, tickets to Harry Potter and the Cursed Child on Broadway, a trip to the Harry Potter: The Exhibition touring experience, a three-day vacation at The Wizarding World of Harry Potter at Universal Orlando Resort, and finally, an advanced screening of the latest Wizarding World flick Fantastic Beasts: The Secrets of Dumbledore. Fans will be able to play along and represent their houses at home with weekly digital quizzes on the Wizarding World website, increasing in difficulty each week between November 26 and December 10.

Kicking off with a matchup between Gryffindor and Hufflepuff, the series premieres on November 28 on TBS and Cartoon Network. The series is produced by Warner Bros. Unscripted Television in association with Warner Horizons and Robin Ashbrook and Yasmin Shackleton of theoldschool. The series will debut on HBO next year, following its network run. 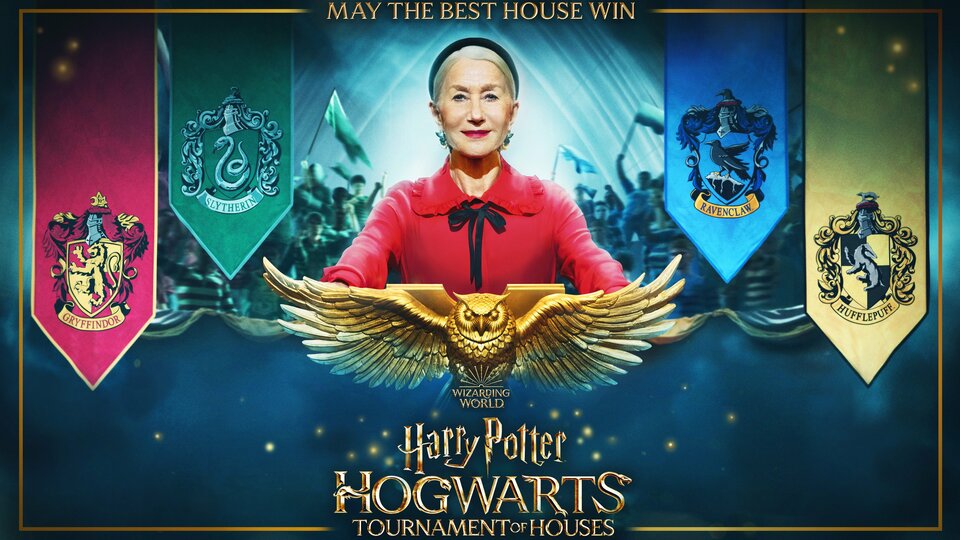