NBC’s Annie Live! musical event may not air until December 2, but viewers are getting an early first look at the stars in character with newly-unveiled images from the production.

Executive produced by Robert Greenblatt, Neil Meron, and Alex Rudzinsky, Annie Live! is gearing up for one good time with the help of stars Celina Smith who plays the titular orphan, Taraji P. Henson as Miss Hannigan, and Harry Connick Jr. as Daddy Warbucks who feature in the first look photos and poster. Directed by Rudzinsky with Lear deBessonet, the production also features Nicole Scherzinger as Grace, Tituss Burgess as Rooster Hannigan, and Jane Krakowski as Lily St. Regis. The new photos tease Henson’s version of Hannigan who is getting in the holiday spirit with some festive decorations. Meanwhile, Connick Jr. dons a bald cap to tackle his role as Annie’s adoptive father. And then there’s Sandy the dog who appears alongside Smith’s Annie in the poster and photos. As one of Broadway’s biggest hits, Annie fits right in with past live productions put on by NBC. Among the network’s slate of previous live musicals are titles such as Jesus Christ Superstar, Peter Pan, Hairspray, and The Sound of Music. Last holiday season, the network presented a version of Dr. Seuss’ The Grinch Musical.

Don’t miss the special event, make sure to tune into NBC this December for a night filled with music and beloved characters on Annie Live! 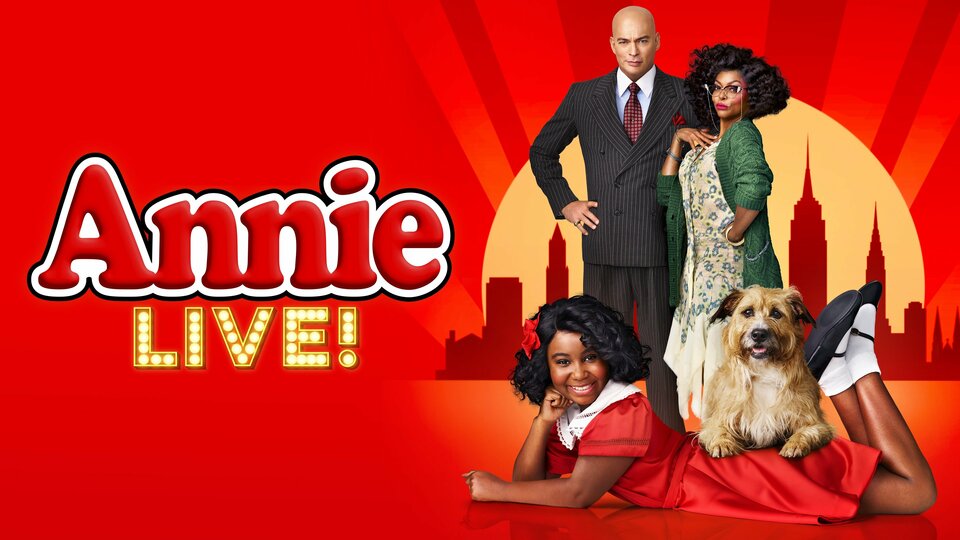