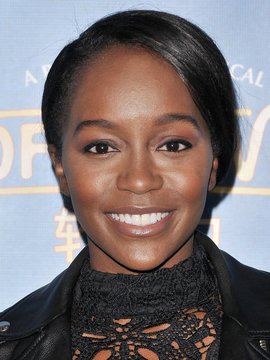 An actress. King appeared in several short films before landing guest roles on the CBS procedurals Blue Bloods and Person of Interest. Her big break came in 2012 when she was cast as new surgical intern Cassandra Kopelson on the CW drama Emily Owens, M.D. The series was canceled after a single season in 2013. She later starred in the Amazon Studios comedy pilot The Onion Presents: The News. King also played Wendell Pierce's daughter Abigayle in the independent film Four, released on September 13, 2013. Along with her castmates, she won a Los Angeles Film Festival Award for her role in this movie. It's the Beginning of the End in the 'HTGAWM' Premiere (PHOTOS) How the 'Scandal' & 'HTGAWM' Crossover Came to Be 'How to Get Away with Murder' Boss Teases Midseason Premiere How to Get Away With Murder: Michaela Knows What She Wants in DVD Deleted Scene (VIDEO)