A new animated satirical series poking fun at the British royal family has been delayed by HBO Max due to the death of Prince Philip, who passed away last month at 99.

The Prince, written and produced by Gary Janetti (Family Guy), was scheduled to debut on the streamer in late spring. Janetti even released a teaser video for the series on his Instagram page five days before Philip’s death, along with the caption, “The Prince coming soon to @hbomax @hbomaxpop.”

However, due to Philip’s less than flattering portrayal in the show, Janetti and HBO have decided to put it on the back burner until further notice. In a statement to The Hollywood Reporter, the network said, “We were saddened to learn of Prince Philip’s passing and will adjust plans for the series debut. A new date will be announced at a later time.”

It’s not yet known what, if any, changes will be made to the series, which revolves around Prince William and Duchess Kate’s son George. There is a possibility that Philip’s character (voiced by Dan Stevens), depicted as a decrepit zombie-like figure, could be removed or redrawn, though nothing is confirmed as of this moment. TV networks in the U.S. and around the world are covering the sad royal farewell.

“The depiction of the Duke of Edinburgh as an old buffon is a little cheap and unnecessary and at this moment in time it may be out of place, but satire has been going on for centuries,” Royals expert and author Robert Jobson told THR. “[Philip] had a sense of humor about his time and obviously would’ve taken this with a pinch of salt. He might’ve even made a joke about it—he was very funny.” 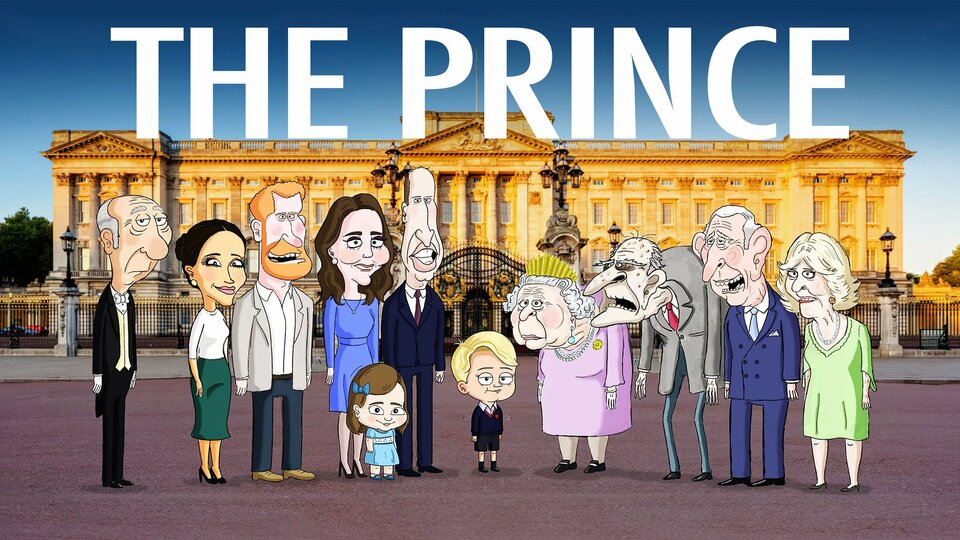 The Prince where to stream