Sanditon is saved! PBS has renewed its Masterpiece drama for Seasons 2 and 3 following a long period of uncertainty.

The critically acclaimed series was the subject of several fan campaigns over the last year after its U.K. broadcaster ITV canceled the series following its 2019 run. But hope remained following Sanditon‘s PBS debut in the U.S. in 2020 and after more than a year since it ran on Masterpiece, the show has finally been saved.

See Charlotte and Sidney come to life on the sands of Brean Beach.

Based on Jane Austen’s final and unfinished novel, Sanditon was developed by writer Andrew Davies. It tells the story of high-spirited and independent heroine Charlotte Heywood (Rose Williams) who journeys from the countryside to the coastal resort town of Sanditon. There, she meets the broody and stubborn Sidney Parker (Theo James).

Season 1 followed their building romance which was left hanging in suspense by the finale episode, leaving fans clamoring for more. Season 2 will see Charlotte return to the seaside locale as she visits the beautiful settings Sanditon has to offer and encounters new and old faces. Justin Young who served as a writer on the first season will take the role of lead writer in Season 2 with Davies returning to write and executive produce as well. “We are absolutely delighted to announce a second and third season of Sanditon, a show that has inspired such a passionate and devoted fan base,” said Masterpiece executive producer Susanne Simpson. “Audiences can expect romance, humor and plenty of twists and turns in these new seasons of Sanditon.”

Casting for Seasons 2 and 3 will be announced at a later date, filming is expected to begin later this year in Bristol, U.K.. While Sanditon will return to PBS, U.K. viewers will be able to watch exclusively on the streaming service BritBox UK. 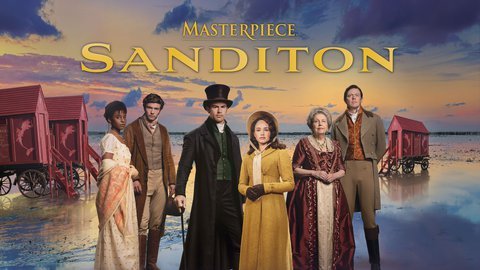