How close can two people get without kissing? Drs. Max Goodwin (Ryan Eggold) and Helen Sharpe (Freema Agyeman) tested those boundaries in the May 4 episode of New Amsterdam.

It all started when Helen’s niece Mina (Nadia Affolter) mistook Max for the doctor she was dating (Daniel Dae Kim’s Cassian Shin). Helen called it “completely inappropriate,” while Max babbled his response.

Helen stopped him, but Max did pick up on Mina’s word choice: “Did you say were dating? Does that mean you and Cassian are not dating now? Are you —”

While Helen put an end to that conversation, it continued (in a way) during one of the doctors’ rooftop chats later in the episode. As she worried about the pain she’d unknowingly inflicted on her niece — by bringing her to work in the hospital, which reminded her of losing her father — Max told her, “I don’t think we can protect our kids from that kind of pain. I couldn’t. But it helps not to be alone.”

As he was seemingly turning to leave, he added, “I’m sorry about Cassian. I don’t know what to say. I mean, we never talk about it.” She stopped him with a hug, after which they only pulled apart far enough to talk — and it certainly looked like the Sharpwin kiss fans have been waiting for could be coming … only for Helen to say, “I’m really glad that we’re friends.”

It’s Max’s turn to initiate the kiss, and everything else, actually. Just looking down at her lips doesn’t count, Max!!! Start by taking off that ring! #Sharpwin #NewAmsterdam pic.twitter.com/CXbuxpVocA

But this has to be part of a build-up to Max and Helen actually doing something about what’s between them, right? After all, Eggold has said that “seeing her with [Shin], this handsome, talented surgeon, makes [Max] ask, ‘What are we doing here?’ That story comes finally to a head this year — Max has to confront what’s going on.” This latest episode seems to be the start of just that.

And this all comes after Max and Helen shared a moment in Season 2 that would have been addressed in the finale if pandemic-related production shutdowns hadn’t changed plans. “I know people wanted to see that scene and we wanted to write that scene, but everything changed and to pretend it didn’t would have been a disservice to the characters and the show,” executive producer David Schulner explained at the beginning of Season 3.

“The audience doesn’t need to worry — there’s going to be plenty Max-Sharpe moments and scenes and we’ll always keep exploring their relationship,” he continued. “It changes and evolves and grows deeper and deeper with every season.” 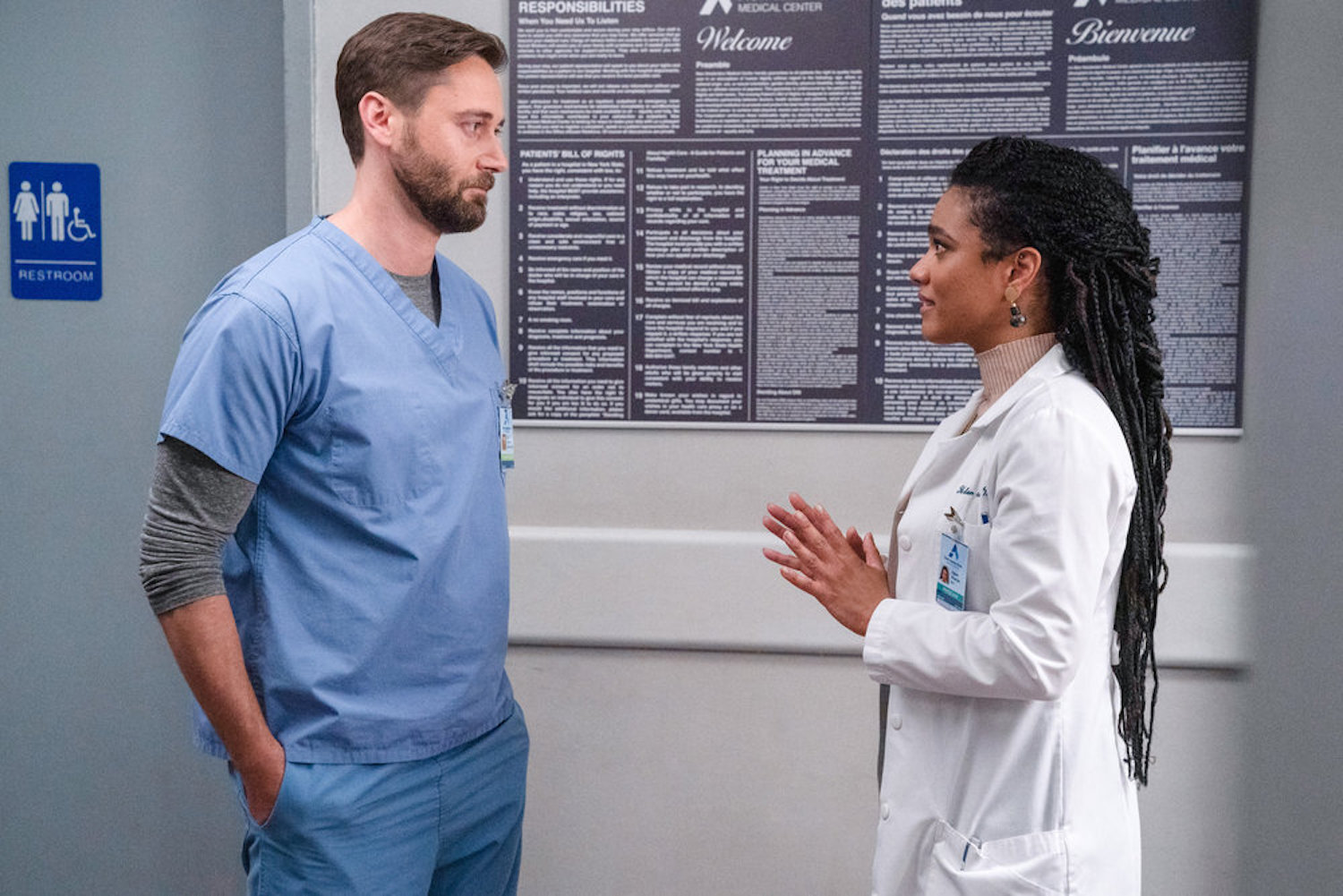 Now that the series has, for the most part, moved past the pandemic, it’s the perfect time to do what it would have a year ago. But with New Amsterdam renewed through Season 5, might whatever comes after that rooftop moment be just another delay to seeing a Sharpwin romance play out?