New Amsterdam is losing one of its original cast members: series regular Anupam Kher is leaving the NBC medical drama.

The actor who portrays Dr. Vijay Kapoor began with the series when New Amsterdam debuted in 2018. In the show’s most recent episode, it was revealed that Kher’s Dr. Kapoor had resigned from his duties at Bellevue following a harrowing COVID-19 battle that involved open-heart surgery.

Plus, what troubles lie ahead when Max tries to juggle toddler Luna and work.

The star hasn’t appeared on the show since Season 3’s second installment, “Essential Workers,” which aired Tuesday, March 9 on NBC. The storyline for Dr. Kapoor certainly paves a way for Kher’s sudden departure.

According to Deadline, which confirmed the news of Kher’s exit, the announcement comes shortly after the actor confirmed his wife, actress Kirron Kher, had been diagnosed with a form of blood cancer to The Hindustan Times. “Kirron has been diagnosed with multiple myeloma, a type of blood cancer. She is currently undergoing treatment and we are sure she will come out of this stronger than before,” he said. 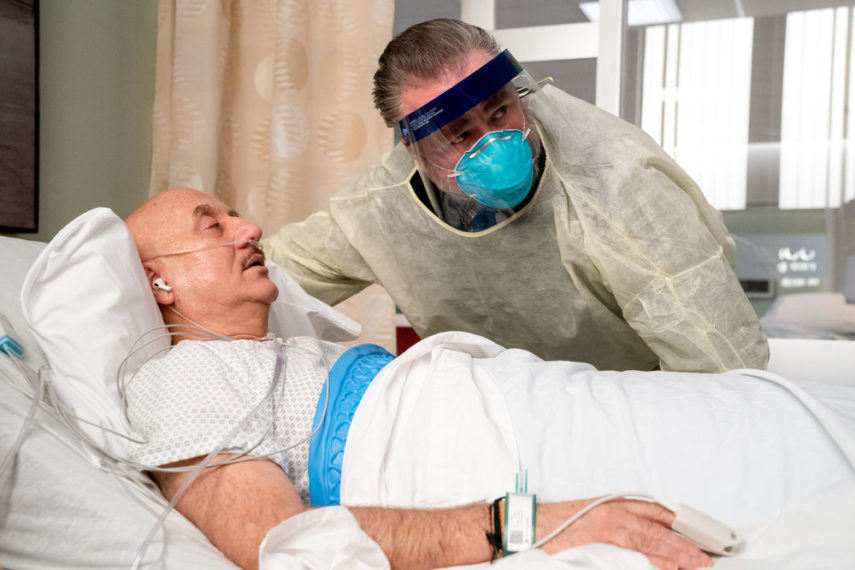 An accomplished actor, both in his native India and in the U.S., Kher’s other TV credits include roles in Mrs. Wilson and Sense8. He’s also known for his roles in films like Silver Linings Playbook and The Big Sick.

New Amsterdam is inspired by the memoir Twelve Patients: Life and Death at Bellevue Hospital by Dr. Eric Manheimer will continue on despite Kher’s absence. Catch stars Ryan Eggold, Janet Montgomery, Freema Agyeman, and Jocko Sims when the medical drama airs on NBC.