The CWverse could be getting a new role-model member, thanks to Queen Sugar executive producer Ava DuVernay. As reported earlier, the Oscar-nominated, Emmy-winning filmmaker (who has also been immortalized as a Barbie doll!) has teamed up with former Arrow EP Jill Blankenship on the pilot for Naomi, an adaptation of the comic-book series by Brian Michael Bendis and David F. Walker. 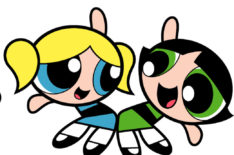 And now comes news that Kaci Walfall (Army Wives, Power, The Lion King on Broadway) has been tapped for the title role, described as “an effortlessly cool and confident high-school student who is the adopted daughter of doting parents.” A star with “all the kids in her military town,” the network release continues, “Naomi is unafraid to embrace her AP-student, comic book–loving nerdiness. After a supernatural event leads to the discovery of her powers within, Naomi pursues her hidden destiny.” Promising to follow Naomi’s “journey from her small northwestern town to the heights of the multiverse,” the series is also set to “challenge everything we believe about our heroes.”

In addition to Walfall’s casting, the CW also confirmed series regular roles for Alexander Wraith (Orange Is the New Black) as Dee, the owner of a local tattoo parlor who may know more about this “strange event” than he’s letting on; Cranston Johnson (Euphoria) as Zumbado, the mysterious owner of a local used car lot; and TV first-timer Camila Moreno as Lourdes, the sarcastic comic-obsessed owner of a vintage collectibles shop with an unrequited crush on Naomi.

So what do you think? Which CW superhero show would you want Naomi to crossover with? Let us know in the comments below!