[Warning: The below contains MAJOR spoilers for Season 3, Episode 5 of A Million Little Things, “non-essential.”]

A Million Little Things returns from hiatus with shocking news for Maggie (Allison Miller) upon her return to Boston: She’s pregnant!

When the doctor in England cancels her six-month cancer screening (due to COVID), she calls hers in Boston and gets an appointment on the books for the end of the month. So she bids roommate-with-benefits Jamie (Chris Geere) farewell — for now, she thinks — and flies home. And after her doctor tells her about the pregnancy, she learns Europe is closing the borders because of the beginning of the pandemic.

How’s Maggie feeling about the pregnancy by the end of the episode?

Allison Miller: She’s had some more time to process everything, although she has been in the middle of a very busy day, so it’s all happening while she’s trying to navigate life. She’s still very much in shock, but she’s taking action to deal with all of the complications that have arisen in her life very quickly.

She can’t go back to Oxford and tell Jamie in person, so should we expect an awkward FaceTime?

There will be an awkward phone call. Maggie goes old school analog for this conversation. Is it easier for her to not see him?

I think so, and she’s able to say everything she needs to without worrying about how he’s going to be observing her emotional process. It does make it easier, when you can’t see someone’s face through the other side of the phone, to have those kinds of conversations, although it could open up even more for them if they could see each other face-to-face. But I don’t think Maggie’s ready for that.

How did Maggie view her and Jamie’s relationship when she left for Boston? His expression suggested he may be more into it?

Maggie is really fighting for her independence and autonomy in that moment and the fact that she is experiencing feelings for Jamie complicates that. She is trying to hedge that off before it becomes more than she’s ready for. Jamie is also having those feelings, but he doesn’t have the brakes on quite so hard.

Who will be the first person to find out Maggie’s pregnant?

It’ll be someone who figures it out — that’s our friend group. They know everything that’s going on with each other. Someone’s got a keen eye. She almost gave it away at the table read dinner [when Delilah’s pregnancy in the script was mentioned].

She does not have a poker face. She’s just an open book.

Before Maggie left for Oxford, she was still in love with Gary [James Roday Rodriguez]. How does she feel about him now that she’s back — for an unknown period of time — and pregnant, living in his apartment, and seeing him with Darcy [Floriana Lima]?

[Laughs] You just nailed it. She still has feelings for Gary. I don’t know how accessible those are when she’s dealing with all of those issues on top of the surface. There’s a deep love there and that is having to be funneled into a deep platonic friendship love.

Maggie’s whole journey this season is going to be looking inward and processing her own experiences over the last two seasons and coming out on the other side transformed. Gary’s just going to be along for the ride, and she’s definitely going to be experiencing feelings of jealousy and loss and trying to navigate this fresh friendship that is coming out of a much more romantic relationship.

Can she be British Maggie in Boston?

She’s going to have to figure [that] out. To be fair, even British Maggie was sort of brought to a halt by COVID. That’s something that so many of us experienced, thinking, “Alright, 2020, this is my year,” and starting out all sorts of new explorations that are immediately brought back to your own living room and couch and just spending the rest of the year watching Netflix. 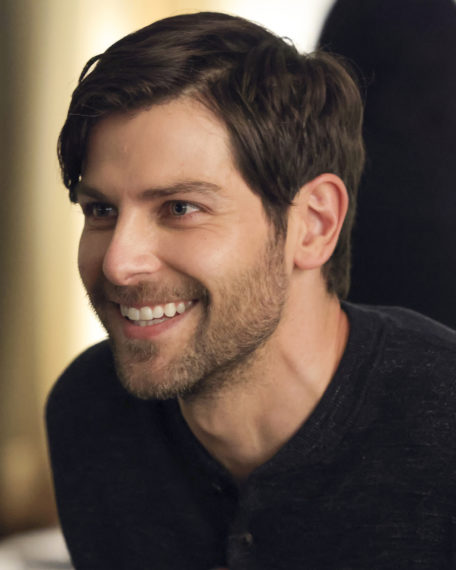 Will we see more of her podcast?

Yes. That’s one thing that kept me going during the last year: true-crime and self-help podcasts. It’s such a useful tool and I’m really glad Maggie is the person in this group who has access to helping people through their mental issue needs during a pandemic.

In the next episode, “Maggie is forced to face the harsh reality that cancer still controls her life.” What’s next?

Something very intense and unexpected. She’s going to be on a whole other trajectory with her health.

Yes. Social distancing is making it so that Eddie is suffering alone much more than he normally would. Once people see what’s really going on, they’re all going to jump in and take action to help.

How will social distancing affect the friend group?

It’s just going to be happening over phones and more two people really getting more intimate with each other. I don’t think that’s a bad thing for them. It will strengthen some of their relationships because they’re having more personal conversations and not having to give sidelong glances during group outings. Will Maggie’s mother [Melora Hardin] be back?

I would love that. I don’t know if that’s even possible because Melora is filming her own show in Montreal, so if we could get her over here, I would be thrilled. I love [their relationship] and I’m so curious what her thoughts would be and how she would try to deal with Maggie’s pregnancy.

I feel like Maggie would suddenly have a roommate.

[Laughs] Maggie and her mom living in Gary’s house is its own show. I think that is a show, and I think it’s called Mom.