‘Chicago Fire’ Romance Drama: Will Casey Reach Out to Dawson?

The hits just keep on coming for the potential romance between firefighter Matt Casey (Jesse Spencer) and paramedic Sylvie Brett (Kara Killmer). She’s moving on to a firefighter from another house, Lieutenant Greg Grainger (Jon-Michael Ecker) — and encouraging Captain Casey to reach out to his ex-wife, Gabby Dawson (Monica Raymund, last seen on-screen in Season 8 after leaving as a series regular two years earlier). See, Brett isn’t letting go of her contention that Casey’s still in love with his ex and they can’t ignore that to be together. It is, after all, why she didn’t let anything really begin between the two of them after they finally kissed at the beginning of this season. “There is no regardless of Gabby,” she argued when he insisted his feelings for her are real and separate from his for his ex (and her best friend).

And in “Escape Route,” as Casey gave Grainger — filling in at Firehouse 51 for a vacationing Lieutenant Chris Herrmann (David Eigenberg) — a hard time after realizing Brett’s moving on, the paramedic finally had enough.

She didn’t think his attitude had anything to do with Grainger or her: “It has to do with the fact that you’re still in love with Dawson. I called you out, and you haven’t done anything about it. Maybe you should reach out and resolve that so you can go back to being the Matt Casey everyone looks up to around here and not this.”

But is Casey still in love with Dawson? They did reconnect when his ex-wife briefly returned to Chicago last season, and showrunner Derek Haas thinks Brett’s right that he may not be entirely aware of his feelings. “It’s the kind of thing you can try to brush aside but we the audience watched it — for six years and then again in December 2019 — and so I think she’s well within her bounds to call him out on that and maybe he isn’t being completely honest with himself,” Haas told TV Insider.

He wouldn’t, however, even hint at how Casey would handle Dawson potentially returning to Chicago, as Brett wondered earlier this season. “The fact that Casey hesitated [when she asked] is meaningful, but let’s just see if that happens,” Haas said.

But where is this all heading? Should we expect Dawson to show up again and her mere presence will force Casey to choose or at least face his feelings head-on? Right now she’s not in Chicago and nothing has suggested that will change — in a permanent way — soon. We don’t see a long-distance relationship happening either. And Chicago Fire has been teasing out the will they/won’t they slow burn between Casey and Brett for a couple seasons now. Is it going to culminate in them deciding not to be together for good? Is this just another obstacle — Casey did have his own new love interest this season, albeit very briefly — in their way to eventually getting together? Might Casey heed Brett’s advice and reach out to Dawson and the conversation that results pushes him to fight for the paramedic?

Whatever happens, here’s what we know for sure (besides the fact that Grainger probably won’t be around for long): Sparks are going to (continue to) fly and it’s going to be messy. 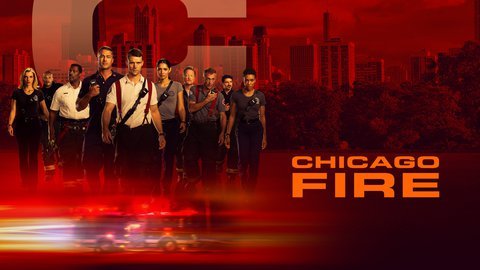