[Warning: The below contains MAJOR spoilers for Episodes 4, “Sunburn,” and 5, “Head of the Snake,” of NCIS.]

No, your eyes weren’t deceiving you in the opener of the NCIS Season 18 premiere: Gibbs (Mark Harmon) really does shoot his agent and close friend McGee (Sean Murray) not once but twice as the CBS procedural catches up to March 2020 (its present-day).

But it’s to save his life, “Head of the Snake,” the second of January 19’s episodes, reveals. The team is read in to Gibbs and Fornell’s (Joe Spano) operation to take down Merriweather. Fornell is undercover and so close to getting to the head of the drug ring responsible for his daughter’s overdose when it all goes sideways. Bishop (Emily Wickersham) is kidnapped, and thinking he has to stop a plane about to take off with her on it, McGee (posing as Fornell ostensibly for a meet with Merriweather) approaches it on the runway.

But what he doesn’t know — because his comms are out — is the plane is wired with explosives (and Bishop isn’t on the plane). When warning shots don’t stop him, Gibbs must hit his agent: first in the arm, then, when he gets back up, the leg. He’s in the hospital and not out of the woods at episode’s end.

Instead, there’s a rough road to recovery ahead. “A lot of it is not necessarily just physical but emotional,” the actor says. “Just wrestling with and coming to terms with — even in the situation of it being done to save your life — the fact that somebody so close to you, that’s like a father figure to you, more so than even your real father was, shoots you.” Bishop notes McGee is one of Gibbs’ best friends, but she is worried about what she perceives as a lack of a reaction from her boss in the episode. “That’s Gibbs. Nothing phases him,” Torres (Wilmer Valderrama) suggests. “Maybe something should,” Bishop suggests.

It does, Murray confirms, and we’ll see both Gibbs and McGee wrestling with the fallout of that shooting. “It’s not like McGee just throws on a Band-Aid and says, ‘We’re good, Boss,'” he says. “We very realistically explore some of the emotions and thoughts of the aftermath of what that really would be in dealing with that. Just the shock of what it is and the reality of, how do we face this and move past this?” 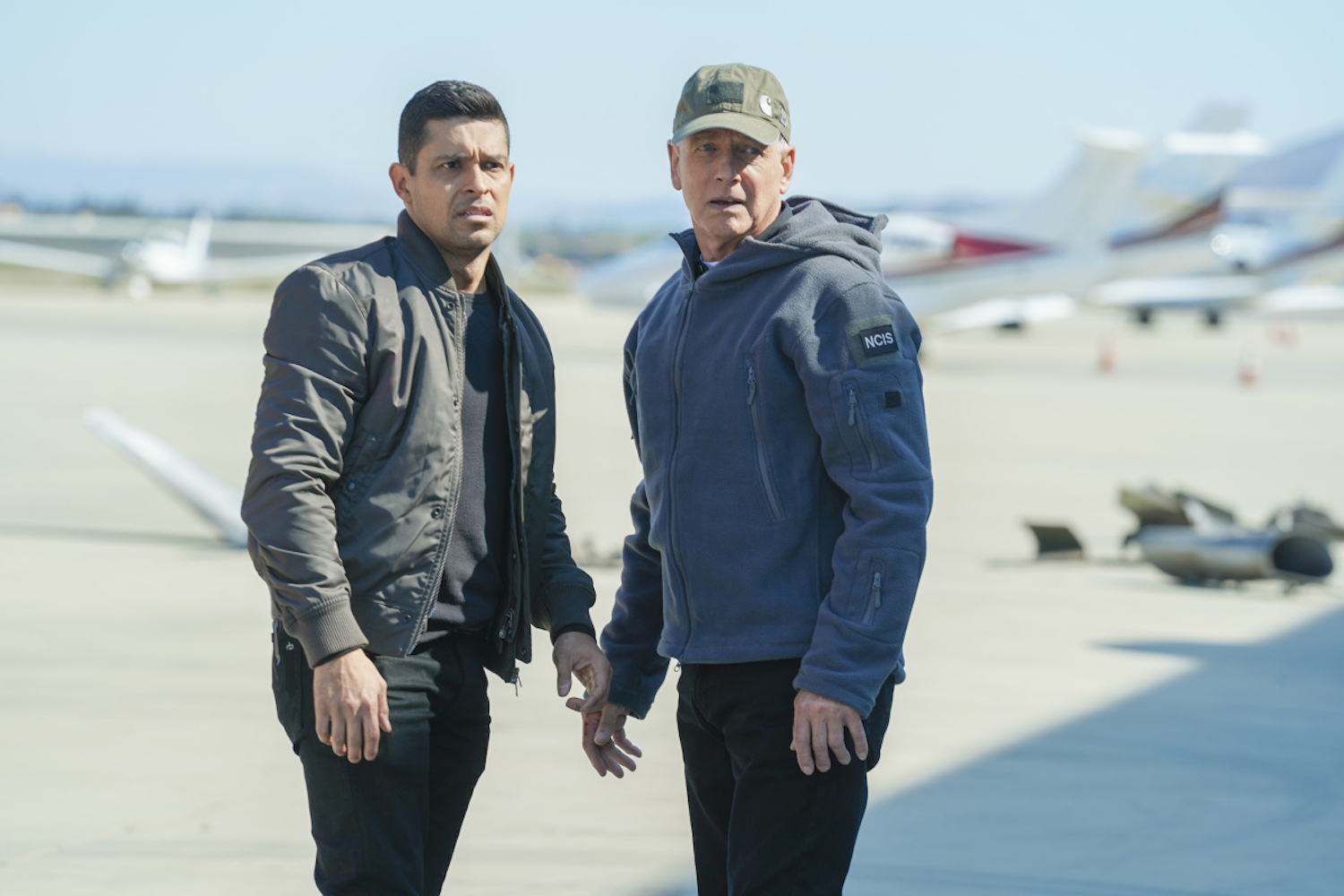 “You can have all the logical reasons for why what happened had to happen, but you still have human characters that have to work that through,” Murray continues. McGee’s wife Delilah (Margo Harshman), whom we’ll see more of as he recovers, even checks with Gibbs that he had no other choice when he fired those shots.

“The Gibbs and McGee relationship is a long and complicated one, and obviously is much more complicated by [these] events,” Murray says. “We definitely get into how that changes the relationship between them and working through that and the evolution [of that relationship] over the years.” McGee has worked on Gibbs’ team since Season 1 (and officially joined it in Season 2).

If you think both could use someone to talk to after this and it’s a good thing there’s an in-house psychiatrist, Jack Sloane (Maria Bello), you’d be right. “There is a little bit” of McGee talking to her about what happened, Murray shares but notes she’s in the middle given her (will they/won’t they) relationship with Gibbs.

Bello is leaving soon (after joining the show in Season 15), and while Murray couldn’t share any details about Jack’s exit, he has nothing but praise for her portrayer. “Maria’s one of the most adventurous, bold actors I’ve ever worked with. I really hope to work with her elsewhere,” he says. “We were sad to see Sloane leave.” 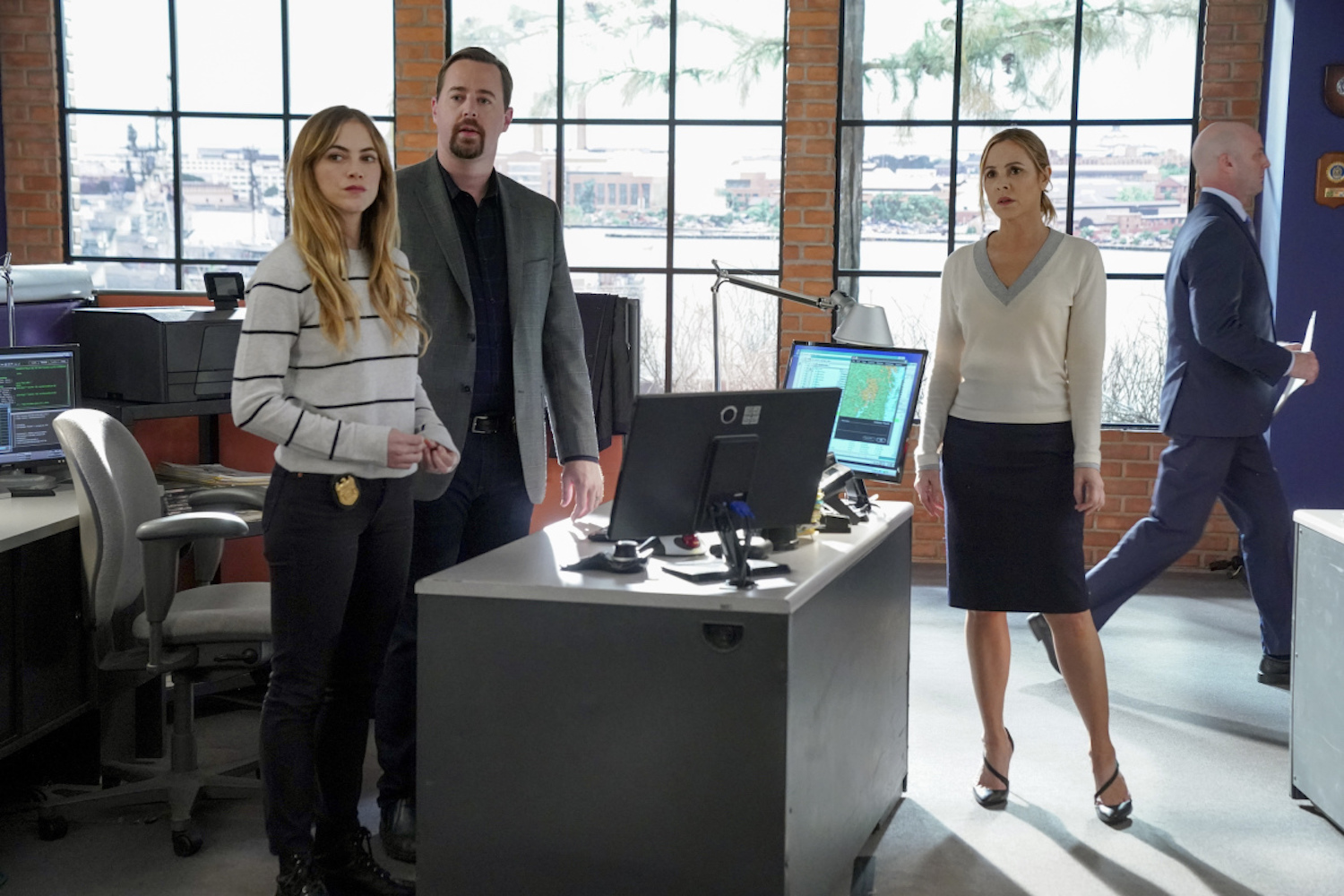 What he can tease is the Merriweather case isn’t completely wrapped up just yet. The head of the drug ring is arrested (as is his daughter) but the agents can only speculate about who hired him to turn to terrorism.

And we may hear more about McGee as an author after it comes up in the first hour when a case disrupts his and Delilah’s vacation. (Thom E. Gemcity has fans in the Bahamas.) “We may explore that actually,” Murray reveals. “That’s something we’ve been talking about.” We’ll have to wait and see if any of his new teammates end up in the pages with L.J. Tibbs.