He comes in peace — except, not really!

Syfy’s new dramedy Resident Alien, based on the Dark Horse comics of the same name by Peter Hogan and Steve Parkhouse, follows an extraterrestrial (Firefly vet Alan Tudyk) who crash lands on Earth during a mission to destroy humanity. He finds himself held up in the aptly named Patience, Colorado. So, he poses as human Dr. Harry Vanderspeigle. OK, he actually murders the real Harry and takes his place. This alien isn’t too keen on humankind. Unfortunately, when Patience’s beloved doctor dies, Alien Harry, as the only other doc in town, is roped into solving a murder mystery! (His frame of reference: Law & Order.) This melding of genres is part of the show’s charm, according to showrunner Chris Sheridan.

“It’s impossible to put Resident Alien into one simple box,” Sheridan says. “It’s not only part sci-fi, and part drama, but also part comedy. It has many dramatic and emotionally touching moments but is able to stay funny without seeming wacky since so much of the comedy comes from the characters.”

You might be wondering how the kind people of Patience don’t notice Harry’s, well, alien tendencies? Sheridan explains: “Our alien Harry is certainly different than many humans, but he is surrounded by other characters who are also different in their own way.” And as the out-of-this-world intruder gets to know the townsfolk of Patience, “Harry begins to see their humanity,” Sheridan explains. “Like a child seeing the world for the first time, Harry’s own humanity grows. Does he have what it takes to destroy the very people he is beginning to care about?” 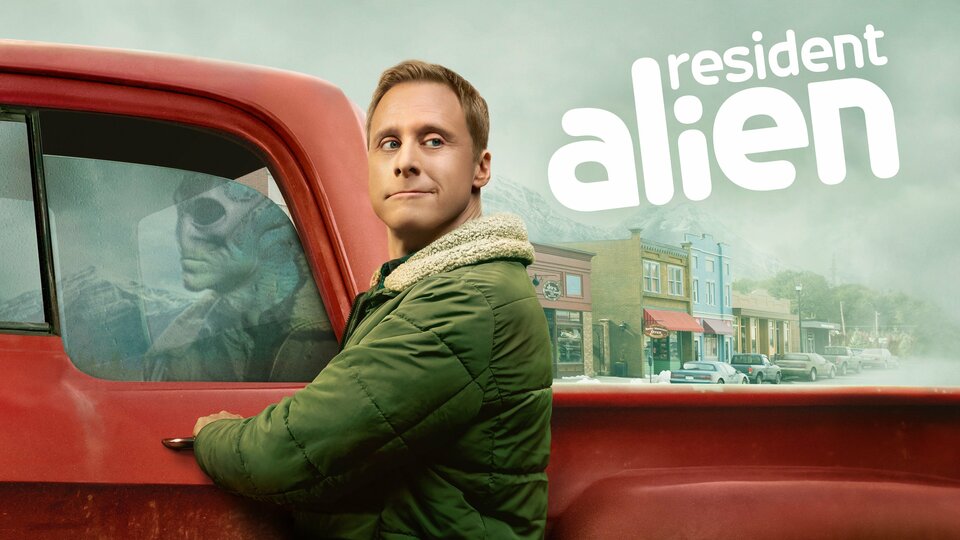