‘The Haunting of Bly Manor’: Kate Siegel Breaks Down Viola’s Tale in Episode 8

[Warning: The below contains MAJOR spoilers for The Haunting of Bly Manor.]

The Haunting of Bly Manor — an atmospheric, 1980s-set gothic romance, brimming with ghosts of all kinds — dropped on Netflix last week, to the delight of horror fans everywhere.

The series, inspired by author Henry James’ classic story “The Turn of the Screw,” follows au pair Dani Clayton (Victoria Pedretti) who is hired to watch over Bly Manor’s orphaned children, Flora (Amelie Bea Smith) and Miles Wingrave (Benjamin Evan Ainsworth), in the English countryside. During Dani’s time at Bly, she is challenged by her inconsistent charges, as well as the sinister happenings she sees on the grounds. In Episode 8, “The Romance of Certain Old Clothes,” viewers learn the origins of Bly’s ghosts (particularly the elusive Lady in the Lake) in a black and white fairytale-like flashback that tells the story of the Willoughby sisters who lived in the house long before it became the Wingraves’ summer house. The tragedy that befalls siblings Viola (Kate Siegel) and Perdita (Katie Parker) when the former, also the head of Bly, takes ill, is an emotional tale, but it also explains the origins for nearly all of Bly’s other ghosts (with the exception of T’Nia Miller’s Mrs. Grose) from the witch doctor to the faceless child Flora sees in her room. 'The Haunting of Bly Manor': 14 Times Flora & Miles Weren't Themselves

These other ghosts were all created by Viola’s spirit, which haunts Bly as the Lady in the Lake, as she carves a pathway through the house to her bed, seeking out her long-gone child, and taking down anyone in her path. She nearly gets Flora, too, but in a harrowing moment near the end of the season, Dani volunteers to host Viola’s spirit inside her own body, and carries the looming threat away from Bly once and for all.

Below, Siegel, who also played psychic middle child Theo in the anthology’s first installment, The Haunting of Hill House, explains her thoughts on Viola’s “love story,” and the inspirations behind the feminist tale.

When did you first find out that Episode 8’s black and white installment was going to be a part of the season, and when did you find first out you would be playing Viola?

Siegel: Oh, my gosh. So, when the writers were in the writer’s room, there was always a sense that it was going to be an anthology, and at least some of the cast from Season 1 was going to return. There was a constant joking about who’s going to play what, and I was never in that conversation because I had just had my daughter Theodora. So, I’d come by and be like breastfeeding in Mike’s [Flanagan, series creator and Siegel’s husband] office, and they’d be talking about all the fun that Victoria was going to have, and Ollie [Oliver Jackson-Cohen] was going to have, you know. And then one day, Mike came in and he said, ‘Hey, you want to hear a pitch?’ And I went into the writers’ room and Leah [Fong] told me the story of Episode 8. And this sounds very dramatic, but to be fair, I’m very dramatic — I wept. I cried in the room. And I was like, ‘Oh I get to play! My friends haven’t forgotten about me!’ From there, it took on a life of its own, because they wanted it to be a bottle episode, so they knew that wanted it to stand out like 106 from Season 1. And then, all of the sudden, it became black and white, and they attached [the episode’s director] Axelle Carolyn who just has an incredible knowledge of old horror, and she’s sending over images and old paintings, and we’re watching very old scary Dracula movies. This episode just got a life of its own and I just got giddy. I felt like I was a racehorse, pawing at the ground because I just wanted to get out there and run. At the end of the day, I was just unbelievably grateful I got to play Viola.

Did you have any trouble getting into Viola’s head at all? Your scenes have very little dialogue.

Yeah, it’s a strange thing, because Episode 8 is a story within a story, right? So, it’s someone telling a story, and then the people in that story tell a story. I used that as a jumping-off point because there’s a sense of freedom where you are really a parable. You’re a metaphor. I’m here to tell you a story about love that rips you to pieces, love that creates its own gravity, love that becomes the ghost in the room. That, as an actor, was very exciting because oftentimes you are chained to being a real person and reality of the story you’re telling which is happening in whatever universe that may be, but you are an actual human being. I was a fairytale character. That was really fun to think about — every movement, every look, was telling a part of this story. I loved that the episode was black and white, but I wish I could’ve seen the colors of those costumes!

It’s funny you say that… [laughs]. I have a lot of the dresses and a lot of the other dresses are in storage and we’ve been talking about this idea, because they’re all fully created, stunning, couture gowns. And there’s stories and themes behind each of the dresses, because the name of the episode is, “The Romance of Certain Old Clothes.” It’s an episode about clothes. We were talking about doing a little shoot with all of the clothes so people could see them. I think people would love that! [The episode’s costume designer] Lynn Falconer went above and beyond. They’re gorgeous ballgowns.

Yes! I absolutely want to see that. Now, you mentioned watching Dracula movies, and the story itself has some roots in James’ “The Romance of Certain Old Clothes,” aside from just the episode title, but what were some of the other inspirations behind Viola and Perdita’s story?

I think knowing that the creative team, both leads and the director, were female, I think there’s a huge undercurrent of secret feminism, like feminism before anyone wrote about it — what women were doing behind the scenes to run the show, and how they were able to push against the rooms that they were locked into. There’s a lot of that metaphorically in there because at that time, Axelle and Katie and myself, we were all women working in Hollywood at the beginning of the Me Too-era. And when something huge like that is happening, it permeates all of the art you create. It’s what we wanted to talk about. It’s what we wanted to talk about over dinner, during set-ups. We had these stories that had happened to us and our friends, and it’s not that far of a leap from what happens to Viola and Perdita. About being left alone, and needing to impress a man to get what you want, and what happens when you rebel against that. And also, the jealousy that comes along with that, and the resentment, and the pain. Did you also shoot the Lady of the Lake scenes?

I was some of the Lady of the Lake and some of the Viola. Because I had a baby, I couldn’t, even when I wanted to come, like haunt Victoria and Ollie and Henry [Thomas] — I especially wanted to kill Ollie twice. I thought that would be really fun. Because I had responsibilities to my family, there was the wonderful Daniela Dib, who played the Lady of the Lake when she was walking around and was kind of a body double for me.

Why do you think that Viola accepts Dani’s invitation at the end?

The show is a gothic romance, and the root of that is the dark corners of love — the cobwebs in the unseen spaces of love. It’s not your romantic comedy, it’s the depths of the underneath of the feeling. We’ve all been selfish in relationships, we’ve all, in our own way, fallen into that myopic vision of what we need, and who we have to get through to get to it. After a certain point, reality sets in. You have to look at yourself, and you’re either alone, or just surrounded by the bodies of the people you have devoured. And I think Viola saw that. She came to a place where she realized who she was. She is a person mired in self-reflection, which is why there’s a lot about staring into the water and mirrors — the show has tons of that imagery. And at that moment, I think Viola was ready to change, decades later, centuries later from when she became this gravity well. She was ready to become something else. Do you have a theory as to how she was able to leave Bly with Dani? Is there a reason that worked for her, when it wouldn’t work for Peter Quint (Jackson-Cohen)?

Because it’s Viola’s game and everyone else is just playing it. She created this world. She has the code.

The takeaway at the end of the series is that the main tale is a love story. Would you say Viola’s is also a love story in a way?

I think it is. It’s a love story between the sisters, not between [Viola’s husband] Arthur [Martin McCreadie] and Viola, or even the love triangle. Those sisters are completely and utterly in love. And love stories are not just about romantic love. The love story between the sisters is about the perversion of love, the rage they felt for each other, the envy, the abandonment. All of that is what makes it a gothic love story. It’s not just about two sisters who are best friends and they save their house and live happily ever after. It’s about the dark corners of their relationship, and how love perverts because of disease and money and sex and children. And their love story, I believe, is complete. They end up together. They’re in the house together, forever. So, that’s the love story. 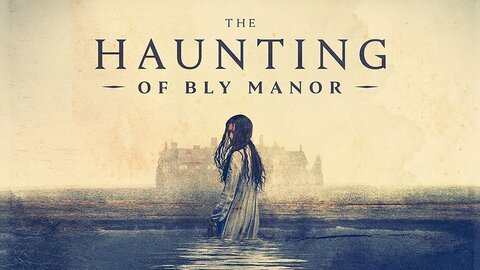