When it comes to telling your life’s story, there’s no one better to turn to than your family, and that’s exactly the case for A&E’s latest Biography, The Nine Lives of Ozzy Osbourne.

The doc reveals the bold and fearless woman behind the rhinestones and wigs who has moved seamlessly with the times to inspire generations.

The rocker and pop culture fixture is the focus of this latest feature which tracks Ozzy‘s life from his childhood in poverty and time in prison to his continuing career beginning with fronting the Rock and Roll Hall of Fame band Black Sabbath. The two-hour special takes a look at how he reinvented himself over the years and how he consistently propelled himself towards greater success.

As Ozzy turns 70, he looks back at his successes and failures and gets candid about his rarely discussed Parkinson’s diagnosis. Helping bring his story to viewers is son Jack, who also serves as an executive producer on the Biography, which utilizes material from 2011’s God Bless Ozzy Osbourne. 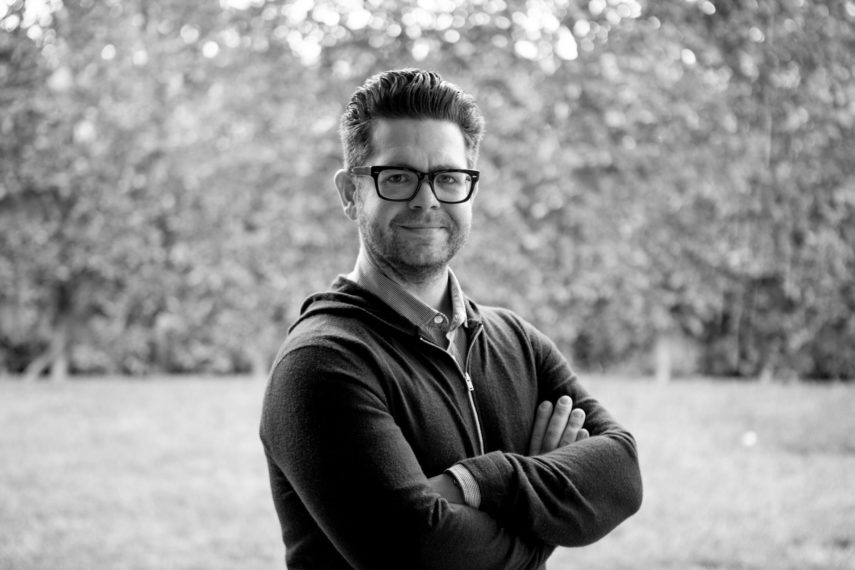 Below, Jack opens up about sharing his father’s turbulent story, reflects on Ozzy’s impact and remembers The Osbournes’ influence on reality television. 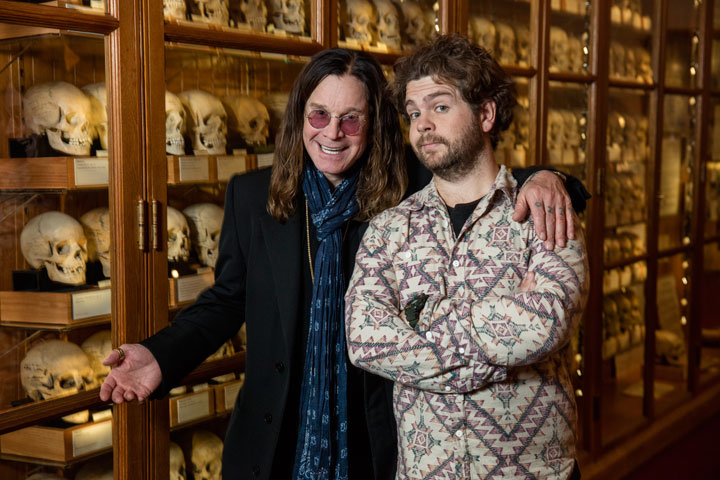 Jack Osbourne talks about going to the San Antonio landmark, where his father Ozzy has his own history, for their History docuseries.

How did this process of filming begin and how did you become involved in this special Biography presentation?

Jack Osbourne: I was involved very, very early. I’ve been executive producing the show me and my dad did on A&E called World Detour. While we were midway through Season 3, they were like, “Hey, we brought back Biography and we’d love to do an Ozzy biography.” So we kind of thought about it for a minute. I had done a documentary on my dad in 2010 and I was like, well, we did this doc 10 years ago and kind of thinking about it. We were like, “Was there enough to tell the story again, but have it feel like there’s been growth and expansion and a different story that we could kind of highlight?”

In discussing with my mother and [director] Greg Johnston, we were like, “Alright, let’s do this.” A&E was really amazing with letting us make the film we wanted. They didn’t force us into a formula or cookie cutter documentary. They were just like, “Make the film you want to make and we’ll support it.” Greg Johnston just ran with that and he killed it. It was awesome.

Does that mean you’ve learned everything there is to know about Ozzy or did you learn anything new working on this updated Biography?

There was nothing that was too surprising. The one thing that was a bit of a, “Oh s**t, what are we going to do here?” was when my dad took his fall from the Parkinson’s and us acknowledging the diagnosis. We’d known about it for quite some time, [and] it had always been a thing of like “Listen, there’s no need to talk about this. Let’s keep this on the DL. Let’s not let this define your father.”

That was always the discussion between me and my mom. Then when the accident happened, we really had to pivot and go, “Alright, we have to acknowledge this now. We have to include this because we would be doing ourselves an injustice if we don’t.” How long did it take to bring this latest documentary to life?

We started filming this in 2017. That’s when we started work. It’s been three years to get us to the point where we’re going to be airing. We finished it back in January because we got accepted into SXSW. That was going to be our big debut of it, but corona had other plans for us.

The film doesn’t shy away from showing the bad sides of Ozzy’s past. Why do you think it’s important for viewers to see all of these sides to him?

I think we had to show warts and all because people can can see through the bulls**t now. People know a fluff piece when they see it. That’s what we’re constantly faced with on a political level of look how great this person is. No human is flawless. My dad has had this amazing career, but he’s also had some amazing f**k-ups as well. We wanted to paint as a complete picture of Ozzy Osbourne as we could in the two hours that we had to tell the story. While maintaining social distance practices, Jack joins his parents remotely as they unleash a torrent of funny, curious and random one-liners.

Your entire family was involved with the making of this documentary. What was it like working with them in this way?

It was very much me working with our director, Greg Johnston, and him leading the ship. We would come [to him with] notes on edit passes and things. Mum really didn’t see much until we were about 75% done with the edit. She just came into the edit bay and we watched it. I think it ticked all the boxes for her early on. She just was like, “All right, cool. You guys finish up, do your thing, show me when it’s done.” I played it for Dad and I think the way he feels about it, he got up and walked out of the room two or three times. I think that’s always a good sign that you’re telling an honest enough story.

You have quite an eclectic group of interviewees featured in the documentary ranging from Ice-T to Post Malone. What was the selection process like and how did you get them involved?

Honestly, it was really quite difficult to pinpoint everyone at once. We did an Ozzfest New Year’s Eve special in 2018 [heading into 2019]. A lot of those people were performing, so we just decided to schedule with everyone’s management so we could do it all in one swoop, because it just would’ve taken forever. It was actually relatively easy. Fortunately we weren’t building this film around having to rely on people outside of the family and very inner circle. It didn’t really make or break us, but it was cool to kind of get everyone’s thoughts and opinion and perspective on his career. It’s always flattering to hear these very successful musicians share how my dad helped influence them. We're celebrating the rocker turning 70 with his best moments on his feel-good A&E series.

Speaking of influence, in the film you recognize the influence your dad’s career has had in your own daughter’s life. What are you most excited for people to learn about him that they might not have before?

I think this is a great look at a 70-year life truncated into a documentary. There’s so much, we could have made this into a six part mini-series because there really has been so many phases in his life. I think this is a great snapshot of who he is as a person, the things he’s achieved, where he came from to where he is now. If you’re a fan of his music, you’re going to love it because it there’s tons of locker room talk and behind the wizard’s curtain components.

Then if you’re not a fan and you’re not particularly fond of him, I think there’s enough relatability to the fact that my dad was very much a person who came from a very working class background. He has managed to achieve such amazing success just based on his ability to perform and constantly grow as an artist. He’s had a significant cultural impact every decade he’s been entertaining people. And the documentary reflects on your former reality series The Osbournes and its impact. The show really was a cornerstone for what celebrity reality TV looks like today. In what ways do you think the genre has changed, both good and bad, since The Osbournes aired?

It’s kind of tough because the way we did it allowed us to not operate with a script. With reality TV now everything’s beat out. It’s either fully scripted or soft scripted, where they put you in scenarios and expect the results. We just lived our lives and there was enough money in TV where we could spend a small fortune filming with no direction.

You just can’t do that now. The machine is too expensive to do that. So I think the positive ways is that it created a new genre within a sub genre and we were the canary in the coal mine. Like, “Hey, does this formula work? And is this entertaining?” People realized that it is, and it’s paved the way for so many of the world’s most famous families today. The downside is it paved the way for some of the world’s most famous families today. 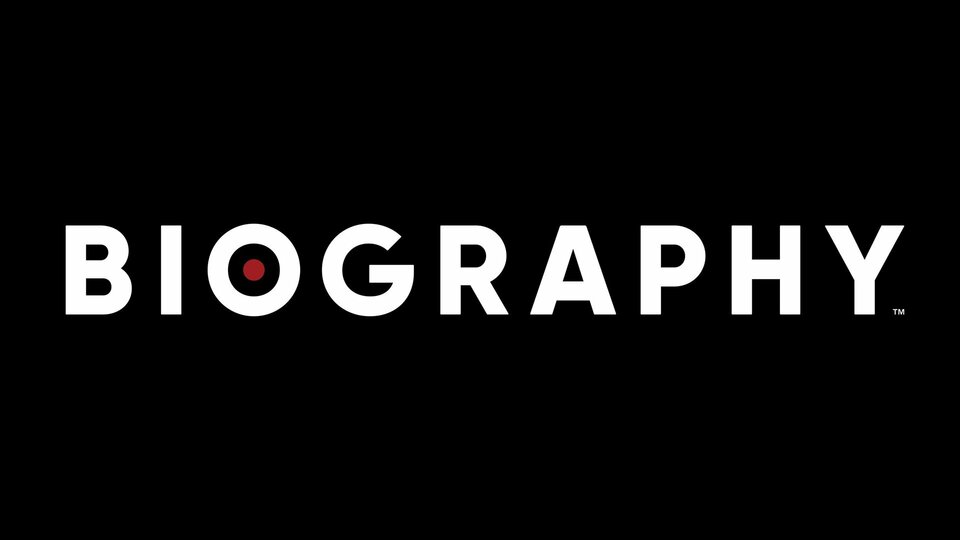 Biography where to stream