Though he was one of the pioneers of reality TV in the early 2000s, Ozzy Osbourne most recently won over over a new generation of fans on his feel-good A&E show alongside son Jack.

To celebrate the rock icon turning 70 years young on December 3, we rounded up his five best moments on Ozzy and Jack’s World Detour, which will be returning for a new season featuring Kelly Osbourne as a permanent cast member!

When He Was Granted A “Backstage Pass” to Stonehenge

In its finest moments, World Detour isn’t just another funny reality show, it’s a breathtaking tour around the world with a legendary rock star as your guide. In between his jokes about the moss on Stonehenge being planted by “aliens,” Ozzy takes in the sight of one of the world’s most famous landmarks — and mysteries — with an expression of genuine awe.

After all, even after a life spent on stage, there’s nothing quite like receiving “the world’s oldest backstage pass.”

His Visit to the Louisville Leopard Percussionists

It’s hard to imagine just how many times Ozzy has stood and watched his songs, particularly “Crazy Train,” covered by other artists. But if you just saw his visit to this group of student musicians, you’d think this was his first time. After rocking out to the group’s performance, which he declared was “f***ing mind-blowing,” Ozzy took to the stage to offer the kids a few words of advice, and even signed a drum head for them.

As if that wasn’t sweet enough, Ozzy later said in his confessional that it was “one of the happiest days of his life” and it gave him hope. He may be the “Blizzard of Oz,” but it’s safe to say that this group of kids from Kentucky melted him. Get in on the family fun by tuning in to A&E.

His Love of Ice Cream

This wasn’t just a one-and-done, either: Ozzy’s love of ice cream is a super-sweet running joke on the series. From the time Ozzy eats an entire gallon in one sitting, to his-post surgery recovery period when Kelly realizes that Ozzy has his own refrigerator just for ice cream, it’s very clear that Ozzy might be the biggest ice cream fan out there. Ben and Jerry’s, this man needs a flavor in his honor!

Ozzy may need an Ice Creamtervention…

The show is full of moments that remind us why Ozzy and Jack were given their own show in the first place — Ozzy’s dry humor combines with Jack’s sarcasm to create moment after moment of good TV. That includes this scene, in which the pair suit up and prepare to “travel into space”! Jack Osbourne talks about going to the San Antonio landmark, where his father Ozzy has his own history, for their History docuseries.

When He Met a Python

What does the Prince of Darkness, the man who allegedly bit the head off of a bat, have to be afraid of? Snakes, apparently! If you’re not convinced yet that Ozzy & Jack’s World Detour is worth a binge, just think that you’ll get to see Ozzy Osbourne back away in fear (although he calls it “intelligence”). 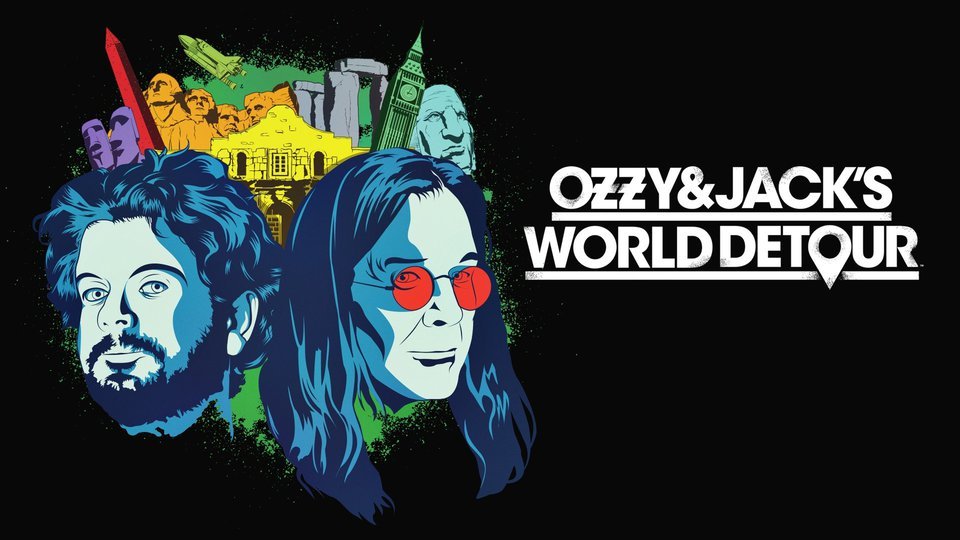