Whether or not the boys of AFC Richmond win on the field, Apple TV+’s Ted Lasso is certainly winning this week following its Season 2 renewal.

After the debut of the first three episodes last week, the comedy returns this Friday with its latest installment, “For the Children,” and a new character is entering the mix. In an exclusive sneak peek of the episode, team owner Rebecca (Hannah Waddingham) introduces Ted (Jason Sudeikis) to her ex-husband Rupert (Buffy the Vampire Slayer‘s Anthony Head). 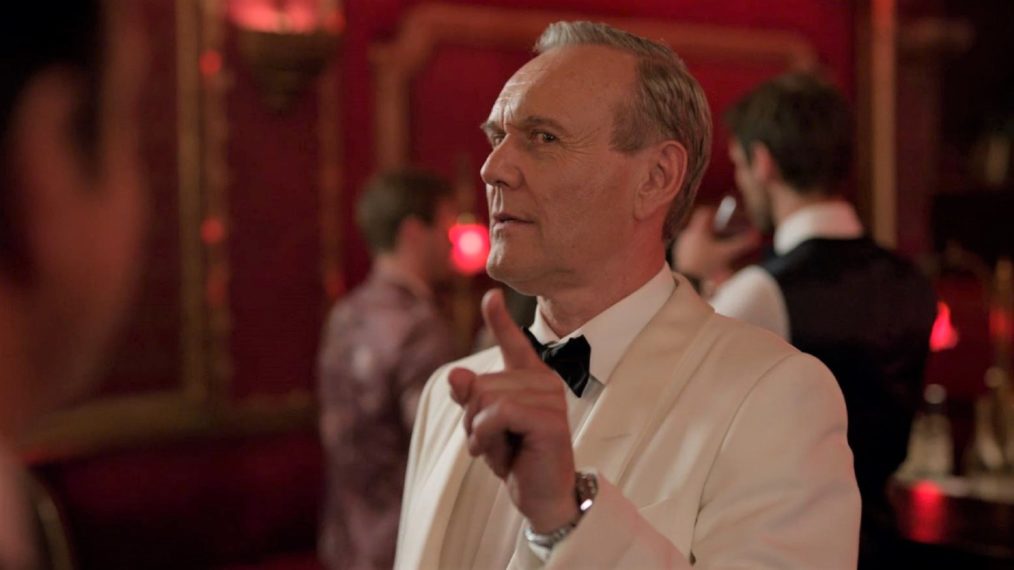 As he settles into his role as U.K. football team AFC Richmond’s manager — a big change from his position as a Kansas college football coach — Ted continues to learn the ins and outs of the sport. In this episode, those ins and outs include an annual charity benefit run by Rebecca.

The shindig, which will also serve as the setting for an attempted reconciliation between players Roy (Brett Goldstein) and Jamie (Phil Dunster) will also host the reunion of Rebecca and her former spouse. In the sneak peek clip, she introduces Ted to Rupert, who notes AFC Richmond’s recent loss.

“I don’t love our last two losses though. Horrible showing, had to say it, wish I didn’t,” he quips. All the while, Rebecca has to hold back her smile as her plan to take down Rupert’s club from the inside out is clearly working.

But then Rupert presses for Rebecca to reveal whether or not she believes in Ted, and she’s forced to answer the question. See her interesting response and their full interaction in the clip above. Don’t miss the drama and laughs when the latest episode of Ted Lasso debuts August 21 on Apple TV+.