Alex Trebek Gets Candid on His Cancer Battle & Returning to ‘Jeopardy!’ (VIDEO)

Jeopardy! is going back in time for the next four weeks with a special retrospective of old episodes amid the show’s ongoing hiatus due to the coronavirus. And during this hiatus host Alex Trebek is stopping byGood Morning America get candid about his health.

In an interview from his home in California, Trebek sat down with T.J. Holmes days before his 80th birthday. “There was one day a few weeks ago when Jeannie asked me in the morning, ‘How do you feel?’ and I said that ‘I feel like I want to die.’ It was that bad.” The host is taking a look back at some fan favorites this summer.

The game show host doesn’t shy away from the negative parts of his treatment for Stage 4 pancreatic cancer, with which he was diagnosed in February 2019. “It has nothing to do with my love for her or my feelings for her,” Trebek explained of his prior statement. “It just has to do with the fact that I feel like I’m a terrible burden to her and that bothers me.”

He goes on to praise his wife’s support during his battle, even getting a little choked up midway through the conversation. Despite his less uplifting days, Trebek isn’t slowing down. He plans to begin filming more Jeopardy! beginning next month. 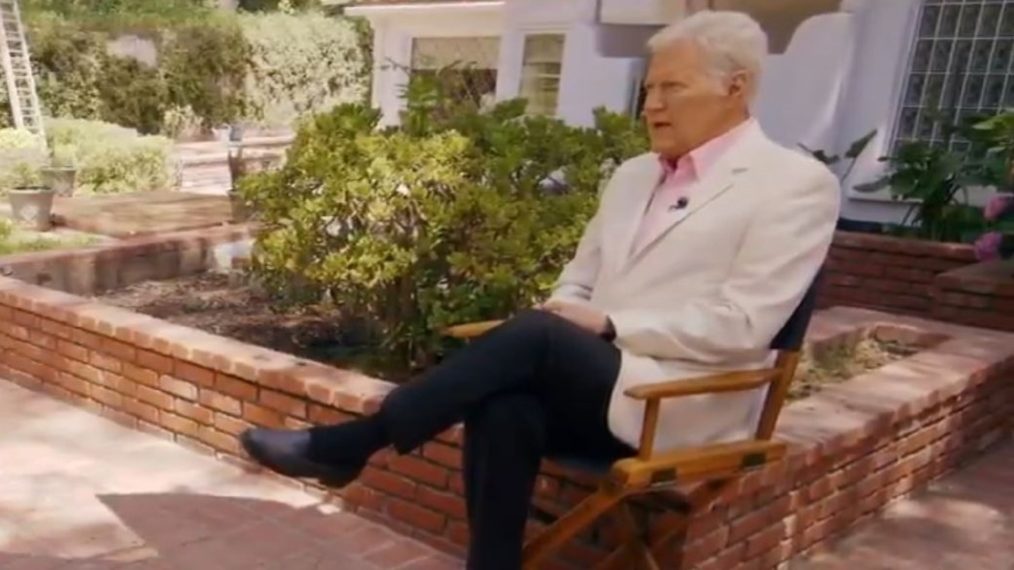 “At a gut level, without event thinking about it, it just happens,” Trebek revealed of being able to see past the pain he’s enduring to host the TV staple. “I suddenly wake up, and I’m able to perform and handle the show because I like it, it’s a good job.”

Trebek continues to undergo experimental treatment for his cancer, but he did mention that he will stop with that if his levels and numbers stop improving. But for now, all things are looking as good as can be expected. “It sure as hell would be nice to get back to work,” Trebek said of his current hopes. Until that can happen, he’s promoting his forthcoming memoir, The Answer Is…

See the full interview below and stay tuned over the following weeks as Jeopardy! turns back the clock for some throwback fun.